I am enraged to see people without a mask in this pandemic, I write this poem to channelise my anger and hopefully educate some people too!

It’s not such a phenomenal task,

You’d think, to ask people to wear a mask.

Especially in the midst of a pandemic,

But no, not all will wear one,

Explaining that they “can’t bear” one,

Explaining that they feel “stifled”,

Masking up makes one feel “not entitled”.

Not entitled to what?

To the idea that one is free?

To the idea of losing one’s identity?

To the idea that opposes democracy?

To breathe, they are unable.

But the actual differently-challenged folks,

In wheelchairs, on crutches,

With spastic gait, and hunches,

They have trouble talking,

And drag their legs while walking,

They don’t complain about masks,

They are happy just thriving,

In this time, THEY are surviving.

But it’s so perennial, this chromosomal difference,

Even during a crisis,

It causes a hindrance!

When I go out,

And as I look and glance,

I see many people,

Without the mandatory mask.

They walk without care.

And they stare at ME,

As if I’m causing a scare!

And though I wear it with grace,

It’s a helmet for my face,

Which tests my breathing ability,

And while sweating under it,

I watch with tenacity.

That there are more women,

And the irony of this infective demon is,

It’s latching on more to androgen!

That is, the stats show, men are more afflicted.

I wonder why, then, the men are roaming, unrestricted!

Could it be because,

The gender contrast goes back a long way,

Where men have to seem “strong”

The strange thing is this,

When a couple walks by,

The woman is masked,

But no cover for the guy!

It’s fine with me, if the male gender thinks,

The Y chromosome makes them some super human thing.

Okay, you think it won’t affect  you,

But it’s not okay,

You’re affecting me too!

So I don’t think it’s got anything to do with patriarchy,

But more to do with lack of discipline and sense,

By wearing a mask,

You don’t just protect yourself,

You’re wearing it to prevent,

I know of a woman,

As during this lockdown,

She’s only fought and fought,

With her live-in boyfriend

Who’s refusal to cover up,

Is raising such levels of stress,

In an otherwise happy lady,

Who is now just depressed!

Where Tina refuses to budge,

And Bobby storms out of door,

Without a mask, to go to the store.

And a show that you don’t care,

For your significant other,

Who’s always been there.

Research has shown that feminines,

Have always been more disciplined.

Whether at school work or sports,

They are diligent and win.

And fairness in mind.

And consideration and sensibility,

Whereas men just want to show,

A show-and-tell of strength.

A display of “stud ness”,

A friend told me once,

Men are so egotistical,

This woman went on to say,

“Men can’t be told what to do

And God forbid, you do, they’ll go the opposite way!”

So when I tell my brother,

He shrugs and says,

A relationship just broke up,

Because the “he” decided the mask was “inconvenient”,

It exhibited a selfishness,

And the “she” wouldn’t relent,

And was horrified at a future being spent,

With a “he” so conceited and bent!

What wearing a mask shows is this,

A deep respect for a significant other,

And for society at large,

For a sister, or brother,

To curbing the spread,

Of a violent, virulent virus,

So get it out of your head,

That not wearing one shows strength,

All it shows is DISRESPECT! 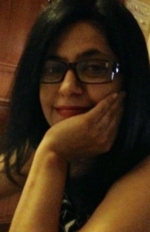 Travelling With Toddlers Is Not Easy But My Experience Might Help You!

Why We Need To Apologise To Our Kids This Children’s Day!