Are Indian Women Still Tied Down By The Archaic Patriarchal Rules?

Despite the progress we make as a country, Indian women are still tied down by the rules of patriarchy. Will this ever change?

Despite the progress we make as a country, Indian women are still tied down by the rules of patriarchy. Will this ever change?

Social evils are a part of every civilisation. For instance, gender discrimination is prevalent in our society. In the present day, the world seems to be feministic.

There are many organisations and associations that talk about equality, empowerment, providing opportunities and upliftment for women. But do they actually achieve something? Or are they only catchwords to soothe the slogans of feminism?

I believe these terms sound hollow. In fact, the truth has been clouded by fallacies. There are umpteen untold stories of women that are still veiled by norms born out of orthodoxy and traditional hegemony.

The evaluation of a woman starts from her childhood and goes on till she’s either a wife or a mother. She is downtrodden in the shoes of a student of in the capacity of a bread-winner. The girl shoulders familial responsibilities with a load of blames and burdens.

In a nutshell, she finds her existence a bane, instead of a boon. It is just standing at crossroads, stuffed with ambivalent feelings, unable to decide what path to tread upon.

As A Young Woman, I Worry If I’d Ever Get Freedom Or Stay Tied By Patriarchy

At every stage in her life, she comes across people wearing masks of serene souls. Often these people prove to be fair-weather friends, snakes in the grass and the ones who put a knife in your back.

Gender disparity is a major obstacle in her life

At length, after exerting pangs, and unwelcome undercurrents, she realises what appears to be true, is after all, a mirage. She gapes at the behaviour of betrayal in the context of her belonging to a human society.

Her heart takes a blow when the castles she build in her youth collapse like a pack of cards simply because she’s a girl. Horrible things like rape, torture and eve-teasing, body-shaming oppress her. It oppresses her to the extent that people use her like a toy and forget that she’s the source of genesis.

Not just that, a young girl trips over barbed wires of stereotyped obstacles. There are a couple options at her discretion. This idea guides her sentiments to accept suppression and oppression or to rebel and fight back societal tenets.

Gender disparity stands like a colossal rock in her path. She arms herself with all the cannons so she can face all the challenges of life. Those challenges which are at every step.

Is anyone willing to answer these questions?

Umpteen questions flood her mind. Why is a boy allowed to pee in public but a breastfeeding woman a taboo? A girl wearing shorts is the talk of the town but when a  boy walks around shirtless, no one cares. Why is the girl treated like a the biggest responsibility of the house and not the boy?

This is endless and the suppressed souls are unable to bring about any change. All this simply because she is neither a popular personality nor a politician or a member of the posh society. In a world of techies, their personalities are lost.

Coming to social media, Our posts, stories or videos get double digit likes, no matter what the content is. This is because of the overcrowded netizens. Who even listens to them?

Even a thesaurus fails to illustrate the predicament of girls who fall victim to disparity in all walks of life. They are raped in their houses, mentally tortured by their in-laws, harassed by outsiders. Often, they are not well-educated, are harassed for dowry and have to fight the gender pay-gap. Who is ready to solve these issues?

Why is discrimination still a reality?

Girls in the society are scared to express themselves and prefer being quiet. There still are a number of men who feel women are beneath men and will happily say this openly. Who educates them? Yet again, the answer is no-one.

Stories of girls being suppressed by patriarchy shouldn’t be new to us because our lifestyle and that of our country isn’t changing. Efforts put forth by anyone haven’t brought an iota of positive change in anyone’s life. Their services or slogans are in vain.

I regret to say this but with all this discrimination, people forget that a woman is the source of genesis. She also has the right to be and do anything she wants. And she has the right to do everything a man can do.

Why can’t a queen rule now?

The only way to stop this is by educating the society in every village, town or city. Everyone needs to be taught about equality and be aware of their orthodox thoughts. This is difficult, yet not impossible.

The government needs to step up and uplift women at every stage – not just with their slogans but also through their actions. Our society needs to move ahead with our thoughts of gender equality. Gone are the days when men were the kings, it is time to now have an equal rule. Why can’t a queen take the charge now? 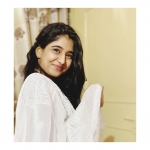 I'm Nikahath, a Media Auditor by profession and Writer by heart. I've a personal blog (Nikahath shaikh on WordPress) and write frequently on Instagram too (@soulful_scribbler). read more...

In the modern society, women are working, but they’re not relieved from the household responsibilities.

Many parts of India today are modernized with increasing globalization, trade, exchange programs, and incoming western culture. With modernization, women are also experiencing a transformation: divorce is an option now, Dowry has been legally abolished, women are becoming career oriented and self-sufficient, and education is primary for both men and women.

One would think that with these changes, women emancipation is already in place. In reality, it is only an assumption, and in fact, a wrong one. END_OF_DOCUMENT_TOKEN_TO_BE_REPLACED

It is sad, that today the terms women and violence have somehow become synonymous with each other, especially when seen within the context of the recent lathi charge on the women students of an esteemed university or a woman being raped in broad daylight on the streets of Vizag where the passer’s by decided to click videos instead of raising an alarm or helping the victim.