You Don’t Have To Be Aggressive To Get Things Done Either At Work Or Otherwise; Be Kind

Raising your voice or being a go-getter at work always meant having the strength to put another person down for your own gain. But why should it be so?

Raising your voice or being a go-getter at work always meant having the strength to put another person down for your own gain. But why should it be so?

Recently, a colleague completely lost it at me for a reason that was not warranted in the very least. This colleague was also a subordinate who has been taught to ‘be aggressive’. He realised after the fact that what he had done may have been a career suicide and I could sense his discomfort as he kept dodging my work calls for the next few days.

How did I tackle it? I took his address from one of his colleagues and sent him a small bouquet and a box of chocolates with a note that said “It’s okay.”

A choice to not be aggressive at work

While I had tried to “be aggressive” all my career, for the past 2 years I have refused to be. I am always polite and always kind. Even to people who are neither polite nor kind to me.

I have extended this behavior across teams, across departments, with my own boss and every place that I could. The results have been astounding. Not only has the productivity increased but the kinks and delays created due to falsified aggression have nearly gone away. People are friendlier, less angry, more relaxed and very driven. Suddenly, it feels like we’re all in the same team and we’re all working towards the same goal. These people have extended this “non-aggressive” stance in their own teams and I see them thriving.

I began my professional career about a decade ago. As I grew through the ranks, one ‘lesson’ that I was given over and over again was “be assertive”. As the years went by and I kept rising up, that ‘lesson’ morphed into “be aggressive”. I was told that the only way to survive in the corporate world was by being aggressive. “Always raise your voice” wasn’t said in the positive sense of standing up against what’s wrong or standing up for yourself. It meant having the strength to put another person down for your own gain.

My father has been in the corporate world for over 40 years and I have witnessed this soft-spoke man be forced to “be aggressive” against his innately tender nature. What I admired about him though, is that he continued to be kind to people whenever he could. He never let go of that. Of course, his inability to sufficiently “be aggressive” marred his chance to rise to the highest possible ranks because he wasn’t “cut-throat” enough.

Why are we expected to be angry and ‘cut-throat’?

This has been the one question I’ve been living with for almost a decade.
“Why are we so angry?”

Why is it a professional requirement to be angry? In one of my previous roles, I was forced to fire an agency. I didn’t mind the responsibility because I thought it would be an interesting experience to have and learn from. What irked me though was the fact that I was asked to “be aggressive” with them. They were generally a not-so-competent agency, but even so, there was no requirement for aggression. On another occasion, I had discovered that one of our agency partners wasn’t being completely honest in their business with us and I was made to witness how “aggressively” one of my bosses fired them and went to the level of threatening them with a lawsuit.

I am baffled by this need to “be aggressive” to survive the corporate world. Who started this trend? And why are we still following this sad norm?

Someone somewhere someday was angry with their life and vented out on their professional colleague and another someone deemed it as a “go-getter” and so the trend began. That is all that there is to it. There is no ‘science of aggression’ and it is not a tactic that they teach you in Business Schools. They do teach a semester of “Corporate Behavior” which has this watered down as “being assertive”.

A few years ago, I had an epiphany: I don’t “have” to be aggressive. Like my father, I am generally a soft-spoken person. Every time I shout at someone, I need to rush to the washroom after the confrontation to compose myself. I neither like to be shouted at nor do I like to shout on people.

We as humans like complacency. Questioning norms, breaking boundaries and breaking out of tradition is tedious. And so, we prefer to follow the herd rather than make our own way.

A friend of mine recently shared an experience with me. An old teammate (subordinate) of his recently messaged him and here’s what the subordinate wrote:

“The kind of personal conversations you had with the teams, be it about their family, their personal life, their mental health, if they need to chill out, very few leaders do nowadays. It was so comfortable with you because you were so approachable and considerate. I have never seen any other Leaders do that in the agencies I’ve worked.”

Be kind – it works

“What would it take people to realise that Kindness costs nothing, even in a professional setting?”

There is a definite demand in the market for kindness, the profits are extraordinary and the supply is easy to provide with 0 production cost. So, why not?

“Be the change you want to see in the world”.

Why not start a new culture: “Don’t be aggressive”. Those who are, are because they’re going through something in their personal lives. It has no place in the corporate world. If you feel angry, go to therapy. Putting down someone in a meeting is not a solution. We can grow exponentially faster together if we’re just nice to each other. Breed positivity, not aggression.

Those who are incapable of change will continue to perpetuate the belief that being polite and being kind is a weakness. The truth is that it takes an extraordinary amount of mental strength to not retaliate aggression with aggression and instead be kind. There is strength in kindness and I have seen its results in the corporate field. If you’re looking purely at productivity, the results of kindness are much faster and higher than that of a pseudo-aggressive team. Simply speaking, the ROI on kindness in the corporate world is much higher than what you would gain by being aggressive.

With benefits spanning across both professional and personal spaces, why not be kind? Listen to the other person and take a moment before you react. That one moment of your kindness could end up being a life-changing experience of the other person.

I know it’s easier to be complacent and go with the flow, but that one moment of your discomfort when you choose to retaliate aggression with kindness can be a life-changing experience for someone else.

Why not start a movement to be kind? Begin with your own team and colleagues and see the germ spread across the professional world as it becomes a much kinder place. The change will take decades to come by, but have faith that it will arrive. My friend and I are not the only two people who choose kindness in the corporate world. Choose kindness and do your part to usher in the changing tide. 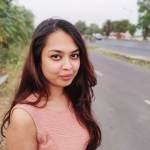 As A 30 y.o. Single Woman Able To Support Myself, I'm Unable To Live Alone. Because I'm Afraid...