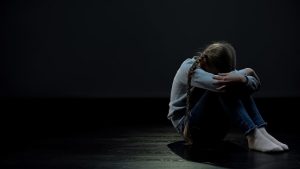 Getting diagnosed with episodic migraine turned my life upside down, this is a glimpse into my life and struggles with the same

Imagine, being a 7-year-old chubby child who loves chocolate and cheese and is suddenly put on a strict diet, with further restrictions on playing video games and hearing loud music. But that’s how I grew up, unfortunately.

Sixteen years later, till today, I am used to maintaining restrictions in case of food and sound and my other daily activities. I cannot go to a concert or eat fast food frequently. I have to make sure that I maintain a schedule as well and manage my eight hours of sleep wisely. There is no fun this way but I am restrained by the chains of episodic migraine.

When I was a little girl, I was told that the migraine would eventually disappear as I grow up. Some people had the audacity to say that I was pretentious about my headache until I actually got diagnosed with acute migraine in a well-recognized hospital. The doctor put a restriction on all my favorite meals. “Chocolates, too?” I cried.

I felt that it would fade away as my imaginary childhood friend, but my migraine still shows up at the most unpredictable times!

It sounds more like a coffin within a cabin, doesn’t it?

For a long time, migraines were believed to be a psychosomatic condition created by people who are not able to deal with stress. “It was a disorder that most obviously affected women and so wasn’t taken as seriously, and it’s a pain disorder. Pain is subjective: we don’t have any way of measuring it, which can make it very hard for people to believe it’s real. Plus, on top of all of that, it’s episodic, so between attacks, sufferers may look perfectly well,” says Elizabeth Loder, professor of neurology at Harvard medical school.

Living day-to-day being uncertain of tomorrows, my mind seems to have gathered and cramped countless pages of contemplation. When now I’m in the lock-down, stuck home with a migraine, it’s not like I can spend my time watching Netflix or scrolling through Instagram. The slightest ray of light hurts my eyes, the littlest volume of noise troubles my brain. What I can do is to close my eyes, shut the drapes of the room, turn my music off, and pretend to be dead-asleep in a dark, silent room. It sounds more like a coffin within a cabin, doesn’t it? 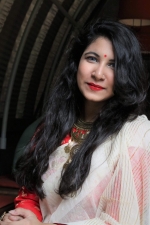 22 | An ambivert on her way to untie the knots of self inflicted mediocrity.

Mental Illness Is Embarrassing. Why?

Living With Endometriosis: “I Thought My Insides Were On Fire!” My Personal Journey