What my family thinks can affect my life choices. Similarly, my views need to matter to them too. Thus, it is important to engage in such conversations.

COVID-19 pandemic has made families come together under one roof. A consequence of sharing a roof is heated political discussions amongst the family members. Though some of us are averse to the idea of political engagement with our parents, many of us are not. And I am one amongst the latter.

If one is an aware and responsible citizen, they tend to be vocal of their socio-political opinions. But inside our homes speaking up can come with consequences. Right from simple ones like jibes about our ‘wokeness’ to more serious ones which try to curtail our physical, social and intellectual freedom.

In this scenario, it is understandable why some of us tend to avoid ‘politics’ at home. But if we choose to undertake this endeavour, understanding the basic dynamics of such an interaction might come in handy.

The worldview of most parents

Older parents have a particular worldview which is ‘limited’ in most senses. The reason I call it limited is because most of it is based on their anecdotal experiences or the bubble created by the media.

Social media like WhatsApp groups, Facebook and the immediate surroundings becomes an echo-chamber where they can hear, say and resonate with similar thoughts. The other medium is TV news that has been reduced to propaganda with no substantial information and which only fans empty jingoism.

It helps build an idea of our society different from what it is in reality. This idea is generally biased towards conserving most of our cliched ideas (which are highly prejudiced) Thus, the status quo, which they are so reluctant, to do away with.

A need to cling to safety as they perceive it

The reason behind their conservatism is that with the passage of years, they grow increasingly insecure of losing what they have gained in life. They don’t want their hard-earned social and economic wealth to deplete in any manner whatsoever.

Consequently, in such a setup, our ideas, which are for obvious reasons quite new for them, are seen as something alien and hard to be accepted as truth. But they are also seen as a threat to their values and ‘sanskar.’ As a woman it becomes even worse.

Stereotypically, it is believed that having discussion about politics is a man’s department. In such a case, having a political belief system itself challenges Patriarchy in the face. If we come with a counter–argument to a popular political notion, it might not go down well with the masculine politics at home. This, all the more, depicts the existence of not only a political divide but also a social one.

Need to address this divide political beliefs are also reflective of our thoughts pertaining to the society, in general. There is a social manifestation of our beliefs which we often tend to undermine.

We need to understand each other

For instance, I support a political party which has its foundation in xenophobic and misogynistic tendencies. This will speak a lot about the  kind of person I am, my individual beliefs and personal ideas. Political beliefs and ideas that one supports is reflective of the kind of person they are. It also reflects how one perceives the world to be.

Amidst the debates around conversations related to issues of caste, class, and religion, we might encounter the collective phobias and complexes our parents deal with. In such a situation, we need to make them realize their prejudice and address it. But we need to avoid outright confrontation in such times. It is detrimental towards this goal and our strategy should be that of humanising and raising empathy in them.

Our political views also influence our social and personal life. What my family thinks can affect my life choices as an individual after all. You might be thinking if these arguments with parents really worth our effort and time. The answer is – it is worth it.

More often than not, we wrongly assume in our early youth that it won’t matter what they think after we achieve something in life but it is simply not the case. Our family does matters to us and so does their approval.

Here are some ways to engage in conversations with them

Lest their views become an obstacle, it is important that we proactively engage the older generation with us. Here are some ways one can do it.

Engage in ‘on the spot fact check’ and correct them politely by quoting sources you got the information from. Here, you just need to make sure that the sources you are quoting from are reliable. In this way you can debunk the myths and present the real facts.

You may have noticed, parents have a tendency of changing the target once we are near debunking the argument. They do this by engaging in whataboutery. In such cases, we need to spot the bad argument and not let it deter us. We need to acquaint them with reliable media sources and burst bubbles occasionally.

Last but not the least, we need to keep in mind that shaming is never a solution. It does no good and often makes the other person repulsive. Therefore, what we need to do is to find common grounds.

It will not only make them relate to our thoughts but will also help them see the broader picture. One where we all need to be a bit more empathetic, especially when we speak of gross injustices we are witnessing right now. Keeping all this in mind, it is high time we stand up for our political beliefs and change the narrative for the society at large. 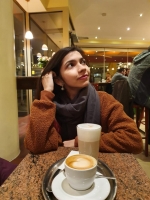 Shaadi May Not Be Your Barbaadi If You Ask These Questions Before Saying Yes!