Myths About People Who Are Introverts

Over-thinkers, self-restrained but still at mental peace, believe me, it’s alright to be an introvert than a fake extrovert.

‘Hello, Aunty, namaste’ I wished to one of my aunts at my sister’s wedding.

‘Hello beta, you looking good?’ she answered. I smiled and piped down.

Meanwhile one of my cousins joined us. ‘Hello Aunty, so good to see you! Thank you so much for coming. Did you have soup and snacks or not? Come on have food and there is no going back without having dinner. And eat properly without hesitation ..you can also have pani-puris that’s right at that corner..’ she said in multiple speech patterns and they continued the gossip.

The aunt very much impressed with this awaited gesture went to have her snacks.

‘What is she wearing? She is looking like a fat buffalo’ my well-spoken cousin said to me as our aunt left.

No matter she gossiped about her behind her back, but, of course, she was better than me because she socialized well. And me, cold and full of attitude, I didn’t even ask her about the snacks and dinner.

But does that mean, I didn’t want her to have snacks or I would have felt offended if she had dinner without my offering? If she is invited, she can have that unhesitatingly. Having a loss of words, I just didn’t know the way of putting up or just forget saying it. And honestly, I don’t expect anyone to say such things to me. Well, people tend to believe in such a manner and a very strong reason to abhor us.

Being an introvert a quality to cherish!

I am not any psychologist nor I have indulged into any kind of study on the introverts but being one of a kind and a stern observer, I want to share some misconceptions about them that they have to face constantly. Once, I used to consider it a dreadful quality only to realize gradually that it’s a quality to cherish; when I realized the world is full of double-tongued.

Anyways, introverts can be of various kinds. To be short and precise, some are introverts, who can express themselves and some cannot. The former ones are willingly introverts while the latter are introvert by virtue of being inexpressible. One does not like socializing and the others who cants socialize because they are just anxious or self-conscious. Whatsoever no introverts like, socializing and all are prone to overthinking.

I am a person who falls above both; one who can’t express myself neither I want to. Like others, I barely like socializing or gossiping or partying too or I just don’t want to surround myself with people just for the sake of fun. A valid reason I consider people hate me. That’s why I have smaller circles but the quality ones. I want to be with people with whom I am emotionally connected, unlike extroverts. Give them time to talk and eat they could accompany anyone. This doesn’t mean I am against this, I just personally don’t cherish the idea. Common ones from extroverts and introverts who just keep bigger circles only to boast off.

Self-restrained and not self-centred

This was only about the variety. But Introverts are often considered as cold and self-centred. The truth is they are self-restrained and not self-centred. Difference lies. A person who is talkative and makes sweet talk all the time will be construed as a good and sweet person, unlike an introvert who finishes sentence after a ‘hi’.

Another belief about them. People tend to think we are lonely. The truth is we relish being alone and our company. I would rather sit back at home and get wasted then indulge in some useless office party or any such socializing events. I carry a special trait that differentiates me from another introvert. I can shop alone; watch movies in theatres alone; can have dinner alone in restaurants.

I quit looking for the company when people backed out at the end moments leading to the cancellation of plans. While others do cancel their plans too because they are incapable to act alone. One of my friends sympathized with me when I announced proudly that I am watching a movie alone.  Well, who bothered to explain that this is the power rather something to look down upon.

If you possess the power, you can achieve anything. Another power of introverts does not give a damn what people think. That’s why I never care to explain. But at times, this turns against us and explanation becomes necessary to save relations and extreme situations but only once. There is no explanation next time.

The one last misconception – people think we are unable to comprehend their intentions or motives and they can influence us. Well, mind it. We are so observant not even close to your belief. Our brain does more activity than our mouth does. We process and soak so much information that truth lands at our door and we know the motives. That’s why we are over-thinkers. So, forget of influencing us. No one can. The only experience can. I work based on my experiences and not on anyone else’s opinion. Similarly no lie to us, we can find out. Whatsoever, sticking on to my introvert trait happily, I do not un-shield that I am not convinced rather I smile and leave letting them believe that they won.

But for the last time, we do not care as I believe silence is the major crux of being an introvert and very few people can understand that power of it. It gives you mental peace than giving unnecessary explanations one after the other and later regret about missing on some point. Believe me, it’s alright to be an introvert than a fake extrovert. 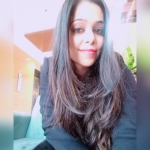 The League Of Ordinary Women