Sports, both real and virtual, have been perceived as largely male-dominated areas. It could be due to their association with the  so-called masculine attributes such as achievement orientation and certain levels of aggression.

Another reason could be the perception of women and their gender roles. Women have been traditionally expected to take care of the household and engaging in sports was seen as unfeminine. Even today, when more women are entering professional spaces, they have the double burden of household work along with professional tasks and thus do not get enough opportunities for leisure time. Even if they do, they are expected to engage in traditionally feminine activities such as stitching or gardening.

Today, as we can observe, trends are slowly changing. More women are taking up sports and even excelling at it, busting the myth that sports is only for men.

App-based games or web games, including online e-spots sites such as Parimatch are finding wide female audiences. These games, apart from being a source of entertainment, help sharpen analytical skills and in strategy formulation.

Traditionally, console games or games involving action, racing or sports are still often perceived as male-dominated games due to their association with so-called masculine attributes. Moreover, these games are largely built around male themes and male preferences, with women hardly appearing as characters. Even if they do appear, they appear in passive roles such as being damsels in distress or in sexualised roles such as being trophies. Thus they have a larger male audience.

Despite this, a trend is slowly emerging parallel to the real sports world, where more women are taking up digital gaming. With the entry of more women into the digital gaming sphere, the companies have realised their evolving audiences and are attempting to incorporate more gender-inclusive content in the gaming sphere.

While it is true that there are more men than women in the digital gaming sphere, one of the factors influencing this could be the gender stereotypes and roles as well as the association of traits of a particular gender with the games. Efforts could be made in being more aware of the biases that exist and be open to varied perspectives. For, sports and games, be it real or virtual, have the potential to be enjoyed by all genders.

Virtual games, depending on their nature, can help in developing and sharpening analytical and strategic skills and team-building and achievement orientation and many more skills, which need not be restricted to a particular gender. Efforts could be made in de-gendering these spaces and making digital gaming more inclusive. 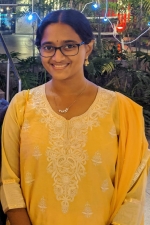 Ananya Sangameshwar is a budding writer and poet. Her debut poetry book Unfettered - A Collection of Poems is out on Pothi, Amazon and Kindle. Ananya is a co-founder of GoGreenGuru.com, a community-led read more... 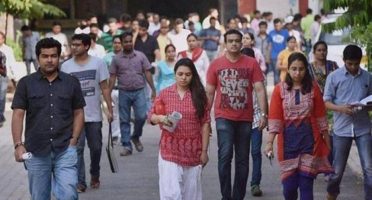 For The Boys Locker Room, We Are The Problem AND The Solution!