Does domestic violence account only for married women abused by their in-laws and husbands? Or does it also affect children born in such marriages?

Does domestic violence account only for married women abused by their in-laws and husbands? Or does it also affect children born in such marriages?

The two words, ‘domestic violence’ are enough to run a chill down our spine, yet for some people, it has become their way of life. But does domestic violence account only for married women abused by their in-laws and husbands? Or does it also affect children born in such marriages?

It affects the children too!

A strong feminist would write about men beating women but what about women who go through it and apply her fear to the children. In a typical household where domestic violence takes place, if a girl is born, she is expected to behave ‘well.’ She is expected to marry the ‘right person’ and leave the hell she was raised in.

Meanwhile, in the same house, if a boy is born, he, too, is expected to behave like a good son. But if this good son slaps his abusive father, he becomes the hero of the house. The mother makes the boy her armour while the son is guilty of doing what he did to his parent. He knows that the he has the power to control this abuse that some times violence can kill violence.

At the same time, the mother is not and cannot be blamed for making her son her shield. Don’t we all need protection? And often, protection from your offspring is security enough. But the children, in these cases, are emotionally constantly negative.

Some times, the women are taught to just accept it

While watching the movie Karwaan, the late Irfan Khan says ‘my ammi threw me out of the house when I slapped my abusive father. I was perplexed on why, then I realised because she was used to the insults and abuse.” A lot of women cannot leave that life because there is no way out for them or because they are nurtured to be timid.

But these houses also produce headstrong men and women who have seen so much wrong, they don’t want to inflict the same upon anyone else. Isn’t that a silver lining here? Yes, it is a forced silver lining due to the amount of damage done to these people who have had to live in atrocious environments and have picked themselves up and reformed themselves. It takes months and years to rebuild yourself

Humans of Bombay has done many stories on these issues. And the common thread I have seen is the victims of domestic violence have stronger urge to discover the  world. Their journey to rediscover life is a like a rainbow on a rainy day. 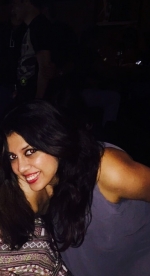 A lawyer by qualification and a marketer by profession. A true believer of listening to ones gut to do the right thing! read more... 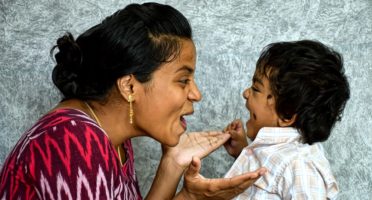 Can Mothers Truly Detach From Their Children? Let's Talk!