The Trials Of Technology And Modern Day Parenting

What is it like to be a parent in today's day and age? If no one is really writing the rules, what are we truly guided by?

What is it like to be a parent in today’s day and age? If no one is really writing the rules, what are we truly guided by?

With the changing scenario and technological advancement, parenting is not a cake walk as it was for our parents. Our parents somewhat had a SOP handy with a clear set of Do’s and Don’ts which was almost religiously followed by them and every elder member of the family while raising kids.

How parenting has changed

Two decades back, parenting was systematic as the level of external interferences were constantly controlled and monitored. Whereas, modern day parenting has become more of a hit and trial method. It is something that works for child A but might not necessarily work for child B.

To top it all, living in a digital era comes with its own pack of challenges. Kids these days have access to diverse pool of information, a greater extent of which is irrelevant for their age.

Trying to be a parental figure

Though not a biological parent yet, I put myself in the parenting shoes for my little sister back in the late 90s due to my mother’s ailing condition.

Initially, I tried to pass on everything unmutated as it was passed on to me by my parents. Gradually, with time, I realized that children of her generation had altogether a different response to stimuli. I believe the same rule holds for the present generation of kids too. They cannot be raised the way we were brought up nor can be raised with a 360 degree different parenting style.

Nowadays, it is quite normal to see children behaving differently with friends and parents. The sole reason is that, as parents we are still juggling between different styles.

Know your boundaries too!

With the extensive use of social media, we have become “satellite parents,” often always tracking and monitoring our children’s activities 24×7 which is certainly a boon.

Yet, we often cross the line and barge into their personal space and this leads to the display of dual personality. We must understand that carrying two personalities for a child takes a toll on his or her mind. There is a fine line between watchful parents and satellite parents.

It is always good to make a video call to know about your child’s whereabouts for security and safety purpose but making a video call in the middle of the party is again a big No-No. We need to give that breathing space and the ‘ME time’ to our children.

The trouble with the dreaded screen!

Another biggest problem is the increased screen time, this also leads to weak family bonding at the later stage in many cases. Every child copies their parents while growing up, so when a child sees his parents engrossed in devices like cell phones, tablets, laptops, TV, etc – they too try to replicate that behaviour.

Screen exposure is not just addictive, but also affects the mental health of the kid. When it comes to entertaining the child, I personally prefer board games and outdoor activities in contrast to online/mobile games. The internet has ample data that can be exploited by parents to facilitate creative learning.

The deception of the ‘perfect parent’

The present parenting population mainly includes the working population. As professionals, we have got zoned into performance excellence. Be it- to emaculate the child’s public image or to seek validation on social media.

We have become obsessed with the terms ’PERFECT’ and ‘BEST’. We seek validation from our friends, family and relatives on social media for being ‘PERFECT MOM/DAD/PARENTS’ for ourselves and our kids on social media. In this desperation few parents also tend to force themselves on their kids for being their ‘BEST FRIENDS.’

It is important to understand that the friendship must develop organically only whe we become our child’s best friend and confidant.

I don’t see the existence of any flawed parenting or failed parenting as every parent wishes only the best for their child. We need to ensure that our children have exposure to enormous amounts of information which is perceived and imbibed differently from person to person.

Modern day parenting in many cases has become extensively calculative. This has resulted in many loopholes and hit and trial errors since we have a large pool of information to be interpreted and compiled.

I swear by not researching on Do’s and Don’ts of parenting while raising children rather rely completely on natural and instinctive parenting. Modern day parenting calls for watchful and vigilant parenting, not calculative parenting as anything that is nurtured organically thrives and survives. 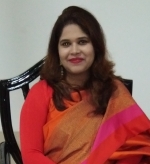 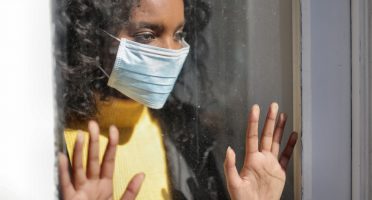 Is Lockdown A Mental Block For Indians?