There was fat shaming for so long. Now we’re skinny shaming people because of a very consumerist ideal of a woman’s body. Not ok!

Have these things happened to you while you were growing up?

Advised “You should wear traditional Indian attire it will make you look healthier and mature” or “Beta thoda weight gain karlo varna shaadi kaise hogi? (Put on some weight or how will you ever get married?)” by the relatives at a social gathering.

Constantly being served ghee dosa and fried foods on the dinner table by mom so that some weight gain happens to a strategically timed skinny satire from dad.“You look the same since so many years, why don’t you eat something?”

Friends measuring wrists only to tell you how fragile yours are. Or showing you BMI charts of what you should weigh. Or saying something like “Be careful! Or you might break a bone!”

Anorexic! Gosh you look like a skeleton, do you even eat? You are just bones and no muscles, you must do weight gain exercises!

These are some of the many terms I have received while growing up (I still do!). In a society where we are trying to increase the acceptance of all body types, I often find it difficult when ‘light hearted jokes’ on being underweight are not even considered offensive.

All these remarks have become so subtle and socially acceptable that skinny shaming often goes over looked. A lot of attention has been drawn towards fat shaming while skinny shaming continues to be a problem as most refuse to even consider it to be of any worry.

How we see a women’s body is impacted largely by patriarchal capitalism. The idea of a ‘perfect woman’ has been created as the one who has long hair, long legs, fair skin, an hour glass figure, etc. And this has made us believe in the idea that being thin is more acceptable and matches the beauty standards in the society.

So being ‘fat’ is definitely out of picture but what about being thinner than the set standard?

In Meghan Trainor’s popular song ‘All about the bass’ when phrases like “Go tell them skinny bitches” appear, it feels as though having bony form is actually an issue. Comments like “you look like a stick” have been normalised so much everywhere in our culture that one fails to recognize how damaging these things can be.

The obliviousness we show with regards to discussing thin individuals is so entrenched in our social interactions that it not considered unseemly to call somebody a ‘skinny bag of bones’. Being disgraced for being plus sized has also been so templatized, that thin individuals are regarded as having the ‘benefit’ of being slim, and body disgracing a must for those who are overweight, without realising that in the process you are skinny shaming the ‘underweight’ person.

There are even suppositions made of skinny individuals, for example, them having dietary issues (even when they don’t), or that they must be avoiding all food high in calories.

A year ago supermodel Bella Hadid had to hush up her trolls by saying “All body types are extraordinary and respond distinctively to an incredible exercise and healthy eating routine!”

It is not cool to call someone machis ki teeli (matchstick) just as it is not ok to call someone fatso. This is not to say that thin shaming is the same as fat shaming, they are two different aspects. But body shaming in any form is unwarranted, be it big, small, tall, short, thin, dark, white – all are real and beautiful. 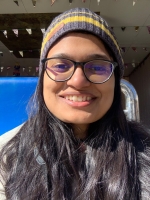 Here’s How Fat Shaming Is Adversely Impacting Women And Needs To Stop ASAP!

Something Certainly Needs To Change, But It Isn’t Your Weight Young Woman!

All Good Things In Life Are Not The Prerogative Of Slim, ‘Beautiful’ People; STOP Fat Shaming!