Change Of Perspective On Menstruation

Growing up can be a scary experience for girls due to societal expectations and social pressures. It is important to acknowledge them and gives girls hope. 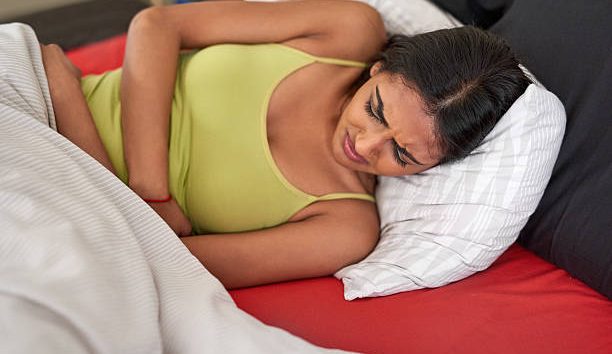 Growing up can be a scary experience for girls due to societal expectations and social pressures. It is important to acknowledge them and gives girls hope.

Sujata is brought to the recovery room after surgery. Only one thought is racing through her mind :

Maa was so happy, she looked so relieved.

Sujata still has vivid memories of how much her mother  was worried because Sujata had still not begun her menstrual cycle at the age of 16.

Her mother thought if she should take Sujata  to the gynecologist or wait and let the time take its course. Her father suggested seeing a homeopathic daughter as Sujata seemed very healthy otherwise. She was taken to the homeopathy doctor, who was also very concerned.

Little did the mother know that Sujata’s period had already started 3 years back, but Sujata had never mentioned it to her mother. Sujata was able to manage it all on her own, even thought it was such a big change. She had never said anything- not a peep. Only a girl could understand how difficult it was to manage those five days, that sudden change in the body, everyday school and to top it all off, hiding it from everyone. It was not easy .

But Sujata still remembers her cousin telling her :

“Once your period starts ,you are officially a woman and very soon you’ll be married off.”

Sujata did not want that to happen to her.

But today, Sujata decided to tell her mother that her period started. However Sujata  did not tell the complete truth, it was just half of the story, just to relieve her mother from the worries she was going through. Yet, her mother was still not relieved and wanted to make sure things were alright with Sujata. She took an appointment with OB/GYN.

Sujata was scared and told her mother truthfully that in fact her period started 3 years back. Mother was perplexed ,and surprised. For the first time Mother was not able to read her daughter’s mind, however she sensed the fear in Sujata’s heart. She saw the fear of society pushing her into adulthood. Sujata was relieved after she unfurled the reality to  her mother. After a long time of hugging and consoling finally mother asked :

“Sujata why didn’t you tell me before, why did you hide it from me knowing that I was so worried.”

With great regret and apology Sujata confessed that she believed that starting  period meant entering into womanhood. For her this was the signal from the body to the world that she was not a little girl any more, neither was she her Papa’s darling daughter anymore.

She believed the commencement of period would take away all her freedom.Tears were rolling down Sujata’s eyes, she could hardly speak, and her throat was choking as she was at a loss for words. Mother embraced Sujata assuring that nothing would change. She would always remain her sweet little daughter.

Ironically that was not true. The event did change so many things. Sujata stopped talking, walking, laughing and behaving like a free bird as she used to be.S he was expected to behave in a certain way now.I n so many indirect ways she was given signals that she has  entered the “womanhood” and there is a certain way to live life now.

Sujata started picking up the norms from her surroundings. She started realizing her boundaries and her her limits. Eight years later, Sujata got married. Even though she wanted to do something with her life, she could not refuse, knowing she had very little say in this matter. She became a wife and mother of two lovely daughters .

Sujata had promised herself she would never make her daughters feel the way she felt. There will be nothing to be ashamed of, or feel inferior about. They should be in charge of their body, their mind, their soul and their decisions.

While all these thoughts are going through Sujata’s mind lying in the hospital bed, a sudden surge of pain electrifies her body. The part of her body which made her a woman;

“I don’t have my uterus any more.”

But without delay, Sujata was reminded of the pain and suffering she went through because of the fibroid in her uterus. How she was hanging on to her life just for her daughters. Sujata knew that her daughters were too small to take care of themselves. Two and Five are not the age for daughters to grow up without a mother. To save her life, the doctors had no choice, other than removing the uterus.

Lying on the hospital bed, the dull ache of incompleteness was killing her. The “MENSTRUATION” after which Sujata entered womanhood, would be no more now. Then why this irony now, why was she so sad ?

Suddenly Sujata hears the sweet voices of her daughters. They were happy to see their mother again.Sujata forgot all her pain. She didn’t have her uterus anymore, but she still had her two beautiful daughters.

Sujata’s husband standing by her side, and she holding her daughters’ hands. Eyes full of tears, Sujata said: “I don’t think of all the misery, but of the beauty that still remains”.

Her daughters were the most valuable treasures, and she would preserved them at any cost.

I am a photographer and an avid reader. I am not a writer but I like to give words to my emotions. I love to cook and hike. I believe in humor and its impact read more... She HAD To Stop Uncle Brajesh Before He Picked Up Her Little Cousin Anu... 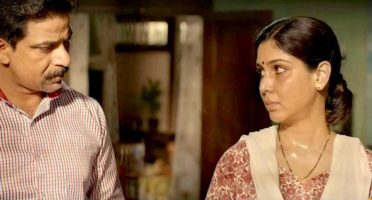 My Husband Is Ashamed Of Me In Front Of His NRI Friends... 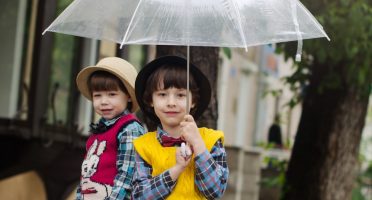 When A Regular Monday Afternoon Turned Into A Poop Reality Show For 2 Sisters And Their Mum!