Why This Lockdown Reminded Me So Strongly Of Gandhari’s Life

Gandhari remained blindfolded all her life, exercising strong restraint, and no one asked her to give it up. But was it the correct thing to do?

Gandhari remained blindfolded all her life, exercising strong restraint, and no one asked her to give it up. But was it the correct thing to do?

The COVID-19 pandemic has forced millions of people to live under strict lockdown conditions, calling for more order and self-restraint. To be honest, we are finding it a challenge to self-regulate. It makes me think about Gandhari who is able to observe self-restraint throughout her life. How difficult it would have been for her to remain blindfolded all the time while there are so many things happening around her?

On the day of her marriage, Gandhari realizes that her husband-to-be is blind and she blindfolds herself for the rest of her life, as a silent protest against act of Bheeshma who exploits her with an abuse of wealth and power, not letting her know that Dhritarashtra was blind till it was too late to back off. The beautiful bride performs her marriage rituals with bound eyes. Most storyteller care little to delve into the reason; her association with the wealthy and mighty Kuru clan has given her immense privilege of wealth and power, but has no meaning for her.

Thereafter, nobody asks Gandhari to open her blindfold to allow her to see the world around. Dhritarashtra could have spoken about it to her with love, assured her that light and hope could again come in her life, and could have asked Gandhari to tear off her blindfold. However his selfishness and deep sense of consolation that his wife also shares his pain and suffers like him, does not allow him to show this magnanimity of heart; this shows the typical male mentality towards a wife.

More adaptable? Or lack of option?

If Gandhari would not have blindfolded herself, the course of Mahabharata would have been different.

Dhrutarashtra is born blind and has become used to moving about without seeing. However, Gandhari has deliberately blindfolded herself and she is not used to this blindness. She fights a long battle to get used to living with a sudden blindness in her life.

It is said that ‘a woman is more adaptable in nature than a man is’; this might be because she has no options usually, so she adapts faster. And Gandhari is no exception. She starts finding her own way through the barricades of the royal court in search of a light that has betrayed her throughout her life.

Victim of destiny? Or patriarchy?

Gandhari has been a victim of her own destiny throughout a life. However, Gandhari does not merely surrender herself to the destiny.

She portrays strength of her character with her rebellion and protest against immorality throughout her life. She is an epitome of morality and righteousness in the world of enmity and envy. Gandhari is the one who, although she has blindfolded eyes, always keeps her ears open to understand things and always opens her mouth to raise a voice against injustice. Throughout her life she tries to show right path to her sons and husband who never listen to her advice.

An unappreciated blessing in disguise

Gandhari is a blessing in disguise to Kuru family. Her character is like a glimpse of a ray of sun trapped in the empire of darkness. Gandhari is not blind to the things around her; she is ‘watchful’ in her mind and ‘thoughtful’ in her words. However, it is as though the outside world blindfolds itself to her existence.

However, with a passage of time, this strong scent evaporates and slowly becomes lighter. Similarly, as we more familiar with the character, an aroma of Gandhari’s character blends in our life. With this impression, our restlessness settles down slowly. The character leaves behind its strong impression and becomes acceptable. 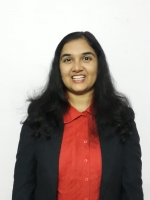 Shruti Hajirnis Gupte is a chartered accountant by profession & is pursuing a career in the corporate world. She is an author of mythology fiction 'Mahabharatee - Five women who held court before the war'. She is read more... 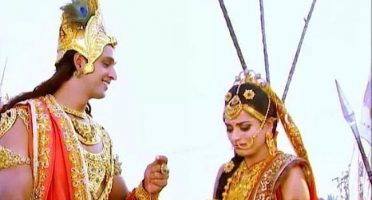 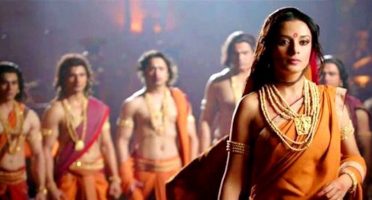 Mahabharata's Stree Parva Comes After The War; Could War Have Been Avoided If It Had Been Earlier?