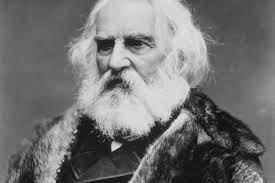 Revisiting Longfellow’s ‘A Psalm Of Life’

Sometimes, when we pause to think about some of the literary works and classics we know, we discern an entirely new meaning.

As an English Teacher, I have been teaching American English poet, Henry Wadsworth Longfellow’s poem, ‘A Psalm of Life’ (published in 1838) since a year. Making sense of a poem to learners of English as a second language in rural India is more of translating the poem, word by word and the story ends there.

As a result, I was alienated from the real value of reading experience of this poem, until I stumbled upon very fascinating information about the most celebrated Kannada (an Indian language) poet, Kuvempu. The making of the poet, Kuvempu reveals that, reading of this poem early in his life as a student, transformed his thinking and made him what he could become later. This information, pulled me back to the poem to revisit it slowly, to feel it again.

Why this poem matters

I would argue that this poem should be celebrated and taught as a cult poem for youth all over the world to help them to form a purpose of their existence. With only misconceptions, misunderstanding, purposelessness, emptiness, loneliness and lack of guidance all around us and errors in judgments to life, the present generation has no role models to follow, to make a sense of their presence in this world.

In such a context, this poem reads like a pocket Bible without the dictum of commandments. It shows to its readers what life is all about and helps them to create a meaning to seemingly meaningless life.

Critics argue that Longfellow wrote this poem after a lengthy conversation with his friend Conway Felton and after the death of his first wife, Mary Storer Potter. Whatever the context be, the poem gives a certainty of purpose to human life, in spite of all its uncertainties. As major surveys and reports on suicide rates show us, it is a major national public health issue, not just in India, but in other countries too.

This forces us to reflect on a series of questions-what drives humans to this extreme step? Why do people fail to make a sense of their life? What forces them to advance their inevitable death? What makes human life empty?

‘A Psalm of Life’, explores these questions, by taking its readers through various lampposts of generally constructed or assumed meanings. The poet negates all these assumptions and presents his own definition to human life.

How do we explore the real meaning of life?

Longfellow says that life is not a mournful song, nor an empty dream. Things are not what they appear before our eyes. We have to go deep, to visualize the inner meaning of life. Life is real and something which is happening and passing through every second of our life without any retake. The purpose of human life is not a mere journey to one’s grave, which is a common destination to all. We come from nowhere and go back to dust. Both are not in our hands, but we do in between these two ends, is very much in our hands.

What to make destination or way of our life?

Seeking enjoyment or sorrow? Not really, but to make each tomorrow better than today. We don’t have too much time to waste, as time is fleeting and we have a very long to-do list in this one short life. So, it is unwise to move with slow rhythm like a funeral march. Our life is like a stay in a war tent in the middle of a battle zone. So, it is better to fight like a hero, rather than cave in like forcibly driven cattle. There is no guaranteed future, though it appears very lucrative and makes us keep dreaming about it.

Similarly, our past is of no use to us, unless we learn a lesson from it. Only the present moment is real. So, put all your efforts together to achieve something which you find meaningful, with all your heart and be sure of god’s blessings.

What is the use of ‘achievement’ in one’s life?

Longfellow historicises the word ‘achievement’ by saying that all great men did the same thing and have remained relevant even today because of the footprints of their achievements left behind in sands of time. What is the significance of these footprints for the future generations? They inspire and show a path to people who lookout for directions and role models. This is how world has evolved and progressed with people striving for excellence for a better tomorrow.

Longfellow lingers into my ears and pushes me forward to achieve, pursue, learn to labor and wait patiently for its fruits.