Child’s Play Or Cause For Alarm?

These days she often goes with uncle to play in the toy room or in the empty room at the end of the corridor.

A friendly exchange of eye contact with some pleasantries, he helped her while climbing down from bus- the little one thought- this uncle is nice!

He helped her find her class when she lost her way, he then pat her back and said goodbye! She thought again- this uncle is nice!

Today uncle helped her tie up her shoe laces abd planted a kiss on her cheek. She thought – mom said not to kiss strangers or let strangers kiss you, but this uncle is nice, he is not a stranger- I meet him everyday!

Today uncle took her to the playroom during break. It was so much fun playing with toys! Uncle told her he’s a friend now n will often play with her! Woohoo she has a big friend now!

These days she often goes with uncle to play in the toy room or in the empty room at the end of the corridor. Today uncle asked her to take off her dress- she told him mummy said not to take off clothes in front of anyone but uncle said she can take it off  for him- as he is her best friend. They played a fun game- tickle tickle. He tickled her n she laughed a lot! No one played this game with her ever before!

Today uncle again played the tickle game. but he touched her in the part between her legs- she told him not to touch there, mom said no one should- but uncle said he can, he is her best friend!

Today uncle again played the game with her but it was painful- what was he trying to do? She felt bad, but she didn’t tell her mom- mom will be angry! Mom always says not to allow Anyone touch the private parts! She could not sleep entire night! She doesn’t like uncle any more! But uncle told her it’s their secret- she should not tell anyone about it. Next time when they will play this game it won’t hurt anymore! But today it is hurting a lot!

This is not a mere story, but my attempt to give you an idea how a perpetrator or paedophile prepares his target! We all must understand- child sexual abuse is real!  We must prepare ourselves and our little ones to identify and fight with such beasts! We need to work towards creating this world a better place for living for our juniors.

Image is a still from the movie Kahaani 2

An Edupreneur , who loves kids.. loves working for.. with and on kids... An artist at heart who enjoys the colours n shades of life n everything around.. read more... 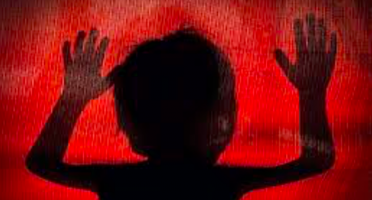 How To Assess The Safety Standards Of A School