Neha Dhupia’s recent controversy makes you wonder just how vulnerable women and their families are to mass hysteria and people’s judgement even in 2020.

The problem with society is, how easily mass hysteria can occur when a woman chooses to say something ‘out of line.’ It sure feels that when a woman says something considered ‘wrong’ or remotely problematic, there are millions of people ready to pounce on her and eat her flesh.

I’m not here to debate what Neha Dhupia said was correct or not. My point here is the selective abusive outrage of the people is extremely unfair as it only makes the women more vulnerable to voicing their opinion. It makes the gender and moral conversations much harder.

Why aren’t men attacked for the same kind of comments?

Whether it is right or wrong is secondary. The outrage and abuses thrown at her and her family, including her baby make me wonder how people especially men are offended when a woman says something about morality/sex. Aren’t these the same people who applaud and show passive indifference when a misogynistic comment makes a headline?

For example, director Sandeep Vanga’s comment on physical violence being a part of love was extremely problematic. But when women raised voice and criticised it, it was not him who was trolled but the women who criticised it.

Even if Neha’s comment was wrong, there is a way to handle these kind of problematic opinions. Unfortunately people hardly know the difference between trolling, abusing, and criticising. Abusing and harassing Neha and her family shows how people, especially, the Indian men do not know how to handle conflict without resorting to verbal or physical abuse.

It could have sparked debates, it only showed society’s ugly face

While the actor’s comments could have opened up debates on feminism and sexual morality, it did neither. The comments had the potential to see multiple perspectives on ambiguousness and feminism, instead it made people stand up and criticise the actor and her family.

Her comments could have given people reason to see the ‘reality’ behind these ‘reality’ shows. Yet here we are, once again, stuck with abuses and the kind of outrage that makes me want to stand with her and support her, irrespective of my opinion on the issue at hand.

Even though there are issues with the comment and its context, this is a familiar terrain. Do you remember Vogue’s ‘My Choice’ video? This is essentially the same, these issues highlight the fact that women’s sexual morality is often more protected and restricted than a man’s is. A cheating wife is more ostracised and socially condemned than a man ever is.

Will we ever learn to outrage in a civilised manner?

These issues crop up every time a woman cheats and if anyone supports adultery, the conversation taking place is that of feminism, or rather, fake feminism. At the same time, the outrage over the slap is very little showing once again, that people are totally okay with the violence. It goes on to show that the society still believes that a cheating partner is totally worthy of a slap. They refuse to believe that infidelity is no reason or excuse to physically abuse your partner.

Violence, be it physical, sexual or mental, is much more dangerous than adultery itself. Which is exactly why, adultery is a civil offence while domestic/physical abuse is a criminal offence.

Finally, even though her comment may have been misogynistic or that of a ‘fake’ feminist, it is important you express outrage in a civilised manner. Instead, I am reminded, once again of just how barbaric we are while using social media and technology as a weapon to hurt people. 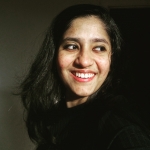