Child Migrants And Health Issues: Unaddressed Need Of The Hour

Many migrant children have been raised in societies where living conditions and paediatric health care differ from those of industrialized countries. As a result, migrant children have important health-care needs. Researchers claim that the burden of ill health, infection, and emotional disturbance is much higher in child migrants than in other children (Hjern & Bouvier, 2004).

Migration has been and remains a multifaceted and complex global issue affecting almost every country in the world today (IOM, 2017). Poverty, political turmoil, armed conflict, and human trafficking are but a few factors that lead to the significant migration of children. Few children also migrate away from their parental home to neighbouring developed urban areas due to reasons such as poverty, family breakdown, crime and abuse or additionally when their parents decide to migrate for jobs or similar better economic and social opportunities (Whitehead, Hashim & Iversen, 2007). Such internal displacement disproportionately affects children as half of the world’s 27 million internally migrated persons are children (UNICEF, 2016a).

Globally, as estimated in (UNICEF, 2016b) report, ‘Uprooted: The growing crises for refugee and migrant children’ three out of every five (nearly 12 million) international child migrants live in Asia or Africa. This represents almost 40% of all migrant children, although it is actually much lower than Asia’s share (56%) of the global child population (Save the Children India & PwC India, 2015).

The risks experienced during child migration exists both in transit and at the destination (UNICEF, 2016). Many health problems faced by migrant children are attributable to migration (Whitehead, Hashim & Iversen, 2007). The level of preparation and information required (on work and destination) prior to departure have an equal impact on the level of vulnerability on migrant children (Glind, 2010). Migration has caused differential risk and health impacts on children according to the age groups (National Commission for Protection of Child Rights, 2012) such as:

The discourse about the health and illness of migrant children is often dominated by discussions of trauma, pathology, and vulnerability (Hart, 2006). Hence, children rely on informal avenues for survival and informal economies where monitoring of working conditions may be absent and the existence of exploitation and weak social protection prevails (Trebilcock, 2010). They continue to face dangers as they move due to uncertain legal status, language barriers, limited social networks and active xenophobia (Bhabha, 2014). Even when migration is planned and voluntary, these dangers are relevant.

The UN Convention on the Rights of the Child (1989) proclaimed in Article 6 that every child has the inherent right to life and that the state should ensure to the maximum extent possible the survival and development of the child. Exclusion of migrants from access to health services is a serious issue (Antonovsky, 1979). Research suggests that migrants are less likely to use health care and receive lower quality care because of their socioeconomic background, language difficulties, policy barriers in access to health care, location and social stigma (Derose, Escarce, & Lurie, 2007) prevalent in developing or underdeveloped countries.

For instance, India is a lower-middle-income country with the second largest population in the world. Socioeconomic determinants play a major role in the health of young children. Only 36% of the population in India have access to improved sanitation facilities. Poverty and malnutrition are major problems in India. The government provides public healthcare, but only 1.1% of gross domestic product (GDP) is allocated to health.

WHO is providing support for preparation of refugee- and migrant-sensitive health policies, strengthening health systems to provide equitable access to services, establishing information systems to assess refugee and migrant health, sharing information on best practices, improving the cultural and gender sensitivity and speciﬁc training of health service providers and professionals and promoting multilateral cooperation among countries in accordance with resolution WHA61.17 on the health of migrants endorsed by the Sixty-ﬁrst World Health Assembly in 2008.

Although undocumented or irregular migration has become an issue of high international relevance, it has been strikingly understudied, especially with respect to its impact on health. Emerging research on this issue focuses mainly on access to care (Frates, Diringer, & Hogan, 2003) and less on the effects of undocumented status and associated lack of access to health care on the prevalence of particular diseases. Despite their resilience and relatively good health outcomes, migrant children have important health needs. Health-care providers and child advocates can play an important role in ensuring migrant children’s access to affordable and culturally appropriate quality care for the welfare of migrant children (Derose et al., 2007). 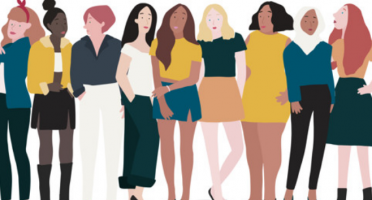 Women Are Real Saviours In This Whole Wide World