Yes, We Lost Our Hair To Cancer… But Can We Turn It Into A Rare Opportunity?

The girls partied like never before, cementing a friendship that was formed and forged in their battle against cancer.

The girls partied like never before, cementing a friendship that was formed and forged in their battle against cancer.

“I can’t believe we made it,” Mala wondered aloud.

“Yes, we are in Bangkok,” said an awed Manpreet.

“Three nights and four days of total fun and freedom,” piped in Mamta.

They giggled like girls and Mala entwined her fingers with Manpreet and she in turn with Mamta.

They stood together thus for a full minute in their suite.

Just as Mamta was about to lie down, Mala said, “No, don’t you dare lie down.”

“Yes, get up. We have things to do and places to go. We are done being tired,” asserted Manpreet.

The ladies were in Bangkok for a very special reason and they had a very specific destination in mind for their first outing.

“So, once we get there, we go our separate ways for a couple of hours and then meet near the entrance again. We then…”

“We know Mannu. We have gone over the plan a thousand times,” reminded Mamta gently.

Once they reached their destination, they disembarked, entered the store and waved bye to each other.

Manpreet returned first to the designated spot. Followed by Mamta and then Mala.

“Ok, so what did you guys buy?” asked Manpreet.

“Let’s all show at the same time.”

They were stunned when they saw what each had bought.

“We flew thousands of kilometers to a shopping paradise and ended up buying the same thing,” said a wide-eyed Mala.

“At least our wigs are different.”

“They are different only because we had different hair. Otherwise they are exactly like the hair we had earlier,” observed Manpreet.

They looked at the three wigs and agreed with Manpreet’s assessment.

“Yeah, why not?” Mamta’s eyes sparked with glee. “Mala, do you want Mannu’s long straight ebony hair or my light brown bob-cut?”

“Hmm….I think I will try your short hair.”

“Mannu, why don’t you try Mala’s dark curls and I will try yours.”

Each tried the other’s wig. Seeing them struggle with the wigs, one of the staff member came over and offered to help. A conversation ensued and at the end of it she said, “May I make a suggestion. Why don’t you swap these wigs for completely different ones? What’s stopping you from choosing different colors and styles?”

The idea resonated with them. Mala choose wildfire-red bob-cut, Mamta choose a blue-steel soft curls wig and Manpreet choose rose-gold pixie. The store helped them with make-up and cosmetics.

Out stepped three beautiful and laughing women, who were celebrating their win over death. Everything was forgotten for those three nights and four days. They forgot the shock of finding out that they had cancer. Forgot the toll it took on them, mentally and physically; robbing Manpreet of her radiant skin, Mamta of her captivating smile and Mala of her contagious energy. But most of all robbing them of their gorgeous locks.  The girls partied like never before, cementing a friendship that was formed and forged in their battle against cancer.

Author’s note:  The story is inspired by the photos of various cancer survivors without their hair. It is not the author’s intent to hurt or trivialize the struggles faced by people suffering from cancer.

I am passionate about books, food, movies and travel. My life-long passion for reading has finally blossomed into writing. Apart from writing for my own blog I contribute regularly to online platforms like Womensweb, read more... 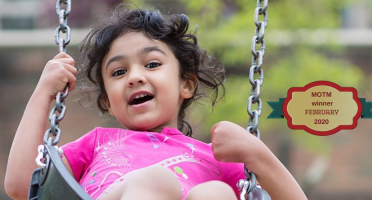 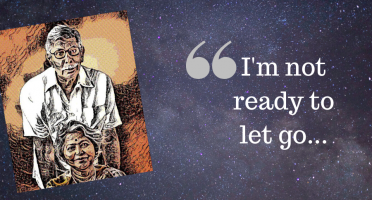 I'm Not Ready To Mourn Or Let The Salt River Flow... 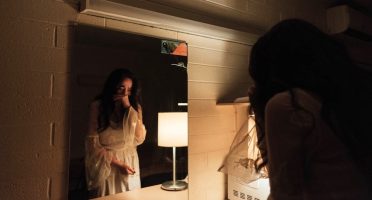 The Darkest Years Of My Life When I Was Gaslighted