Yes, patriarchy affects women the most but it also affects men. It's time we stopped praising men for helping around the house. What they're doing is quite normal.

Yes, patriarchy affects women the most but it also affects men. It’s time we stopped praising men for helping around the house. What they’re doing is quite normal.

I recently saw Ayushmann Khurrana’s video on the ‘perfect man.’ The video got me thinking how feminism demands equality and manages to bring both genders on an even keel. Patriarchy eulogises men and downgrades women but also considers men to be the superior beings.

Women are expected to be ideal wives, mothers, daughters-in-law and doormats who don’t let out a whimper despite the demands made. They aren’t given equal opportunities at home, nor pay parity at work. Ironically, it the women who are not just the perpetrators of the myth of male superiority, they are also the biggest victims.

However, quite often, we forget that patriarchy is not forgiving of men, either. It expects them to fit into pre-conceived boxes. They are raised with a sense of entitlement and are labelled the ‘preferred gender.’ However, they, too, are slotted in fixed moulds early on in life and are expected to toe the line.

Men are prey to toxic masculinity too

They, too, have to live up to the myth of toxic masculinity. ‘Express no emotions, be the strong and silent types, never depend on anyone, suffer in silence, and win at any cost.’ That cost is often their mental health, so many men suffer from depression and anxiety. And they refuse to talk about it because of wanting to fit in with being macho.

They are pulled in opposite directions when they have to choose between giving up their dreams to meet societal and familial expectations. A patriarchal mind-set enslaves them to far-fetched ideals and exacting standards of how they should behave and act.

The strong silent mysterious type? No!

The masculine ideal is as exacting of men as it is denigrating of women. If women have to conform to ideals of beauty, men too are forced to fit into the ambiguous macho image.

Where the society expects women to be soft and feminine, it encourages men to be strong, resilient and silent without emotions. If women are expected to put their career on the back-burner and take up familial responsibilities, men are thought of as nothing but the primary breadwinners.

Men who show the instincts to care are ridiculed at if they ever display an instinct to nurture and care. Things are changing, but most people still remain wed to the ideas of traditional gender roles. The only legit emotional expression in a man is often anger. And for a woman is silent acceptance of her circumstances and calm even in the face of the biggest storms.

These gender stereotypes are thrust in our faces early on in life. Gradually they seep through the layers of our skin and embed themselves in our impressionable minds and malleable little souls. We become clones of people in the generations before us.

Pink for girls, blue for boys! Why?

These start early on in life, when we dress our boys in blue and girls daintily in pink. These start when we give our daughters Barbie dolls to hold and play with. When we tell her fairy tales which endorse the fact that she needs to be pretty and her life’s only purpose is to wait for her Prince Charming (who is more often than not a prince harming in the Indian context)

Or they stealthily creep in our psyche when we give our boys cars and guns and overlook their rowdy behaviour and aggression. When we use the expression, ‘boys will be boys.’ Or when an eyebrow is raised when our girls are boisterous or when all hell breaks loose if a boy expresses emotion or sheds a tear. All these are crystallised when we praise our daughters for their beauty and our sons for their achievements.

Maybe stereotypes came into being for us to be able to slot people easily based on their gender or race. Or maybe because we are unable to comprehend and are intimidated by anyone or anything we can’t put a label on or is something that doesn’t fit in a particular box. But the fact is that, at their root, they are judgemental and burdensome. Stereotypes dilute the individuality and compel us to subscribe to a set of pre-conceived notions and societal expectations. They are quite often tied intricately with our complex social fabric’s need to maintain status quo.

Feminism isn’t the opposite of patriarchy

Of course, we have the odd rebels and the far and few thinking intellectuals who often break barriers and defy societal stereotypes. The day we stop judging an alpha female for having ambitions, and stop praising men for pitching in at home or taking care of the kids, is the day we’d have truly overcome these societal typecasts.

For people who mock feminism, it’s time to see it in a new light. Feminism isn’t the opposite of patriarchy, it is based on a balanced and healthy world view. It puts individual before gender, people before labels and demands equal opportunities immaterial of gender.

Women’s liberation not only empowers women it also liberates men from bearing the cross of traditional gender roles. Unlike patriarchy, feminism works with the assumption both men and women have equal rights and that they are humans before being ‘men’ and ‘women.’

Having dabbled in writing, editing and content management, Megha possesses 13 years of industry experience, most of which has been with Fortune 100 IT & Consulting majors. A warrior wife and a doting mother, she hopes read more... 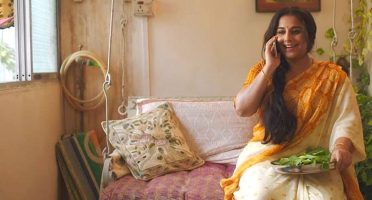