While taking up paid work may be a personal decision, it is important for women to have some monetary resources of their own to fall back on. Here’s why.

From wanting to be beautiful princesses rescued by knights in shining armour, to storming the world on their own and taking charge, women have come a long, long way.

We have big goals to achieve, huge ambitions to pursue and high career ladders to climb. And yet, there are so many women today who aren’t financially independent, and are completely reliant on a spouse or family member for their financial needs.

While this is ultimately a personal choice, a wise decision would be to ensure that you have some monetary resources to support yourself should the need arise.

Here are 5 reasons why every woman should be financially independent.

1. The power to choose

Being financially independent gives you the power to choose to live your life the way you want. There is nothing more liberating and empowering than being able to support yourself entirely on your own.

Because as much as we dispute it, at the end of the day, money is what makes the world go round. Money is power. And money lies at the root of gender roles.

Financial independence can come to your rescue in the most unfortunate situations. Case in point: Women in abusive marriages. Who would be more likely to move out? A woman who has her own savings and the ability to support herself, or a woman who is completely dependent on her husband and has no means to care for herself?

Many women who are financially dependent on their spouses find it extremely difficult to walk out of abusive relationships because they don’t have the means to support themselves (or children dependent on them). Many often return to an abusive spouse because of lack of money.

So while financial independence won’t magically solve all your problems, it will definitely make things easier to deal with.

In her highly controversial book, The Feminine Mistake: Are We Giving Up Too Much? Leslie Bennetts talks about how women who give up their career to raise children also give up financial independence and the scope to realize their full potential.

While this may not be accurate for many people, one point in Bennett’s argument rings true. Women who have been out of the workforce for many years and want to re-enter later on, face a lot of difficulty going back to their chosen field, or at least to the position they were in when they left, which can have a lasting effect on their self-esteem.

We don’t know what the future holds for us, and it’s important to be prepared.

Misfortunes in life resulting from divorce, sudden demise, unemployment or illness of a spouse can be infinitely more difficult for a women who, after years or even decades of dependency, is suddenly left to fend for herself.

For this reason at least, women must learn to fend for themselves.

You deserve to be happy. Each one of us is entitled to happiness. Unfortunately, in today’s world, many of the things that make us happy cost money.

Maybe you want a new dress. Or a short vacation. Or even a nice haircut. Or maybe you want to donate to a social cause that you deeply care about. Why should you have to ask your spouse or parents or children every time you wanted money for these things? What if they say no? That would feel really demeaning.

Wouldn’t you be much happier if you were in control of your own finances?

5. Taking the pressure off your spouse

Women from upper class families aren’t under societal pressure to provide for the family. We can choose not to work because it is socially acceptable for a woman to be a homemaker. But men generally don’t have that choice.

They are the primary breadwinners by default, and are expected to do whatever it takes to support their families, even if it means working two or three jobs. Practically speaking, it is financially unreasonable for an entire family to depend on a single breadwinner. Not only does it put a lot of pressure on the earning member, it also puts a cloud of uncertainty over the dependent members should any crisis arise.

Whatever the reason may be, becoming financially independent is one of the best things a woman can do for herself.

What are your thoughts? 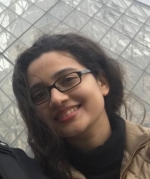 Why Should I Agree To Be Dependent On A Man If I Can Earn For Myself?