According to a 2017 entrepreneurship report published by Global Entrepreneurship Management (GEM), it was reported that 163 million women were running their business across the 74 countries. Studies conducted by Kauffman Foundation and the Dow Jones company have found that venture-backed companies that are led by women produce 12% higher revenues on average. They also found that women-led ventures get launched with just two-thirds of the capital. Evidence also suggests that such ventures are more resilient when facing financial and market crises.

Unfortunately, the culture among startups, especially tech-based ones, has been hostile against working mothers. Although issues such as sexual harassment and pay discrimination are slowly getting addressed, women who return to work after embracing motherhood have to deal with their own set of challenges as well as biases.

Research conducted by UK psychologists revealed that women are adept at multitasking as compared to men. It is needless to state that when one starts up, multitasking cannot be avoided even if there are fixed roles assigned. Incidentally, when female start-up founders from Latin America were asked whether motherhood hindered their professional growth, they responded that by having children they had been able to acquire skills which translated exceedingly well into entrepreneurship. Let us look at some of these traits:

You don’t know what working under pressure is until you have had to manage children.

It is time for you to start for a meeting and you are ready to step out – and you hear your child shout that he is not able to find his favourite t-shirt. He wouldn’t step out till he finds it. You go in to help him, and right then the baby starts screaming. You know you are going to be late, so you take your phone out to message and find a message from your babysitter. She will not be coming in today, she is sick. Yes, that is exactly what running a start-up is.

Do you find negotiating a deal with a client difficult? Do you think they take too long to close? Well, try feeding a 5-year-old vegetables. If you have a child, you already have mastered all the tools you could use for negotiating a deal.

One of the natural abilities that moms develop is to empathize with the little one. They can understand what the child feels even before she expresses herself, and know how to respond.

Empathy is an essential ingredient to running a successful business. This training lets you understand how clients feel and pitch to them in the best possible way. This also allows you to empathize with your employees and find the best way to motivate them.

‘Never give up’ mentality

A mother always works for the best of her child. A few bumps on the way do not matter. They may give up on themselves, they may grow into teenagers who are angry with everyone around them – but mothers never give up.

This persistence, the patience to wait for things to turn around, is something every entrepreneur needs as well. Remember that 90 per cent of the businesses fail within the first year. To be successful, entrepreneurs must fight on, pivot and carry on. An ability all moms have.

It’s not your failure

The same attitude helps when facing rejections in business. Your intention should be clear. When failure comes, an entrepreneur must know that she may have made some mistakes – but she isn’t a failure. One should never give up and should always believe that they can make a difference, and success is bound to come their way sooner than later.

Therefore, it can be concluded that motherhood is neither a break nor the end for pursuing entrepreneurship. In fact, it could just be an auspicious beginning or better still, a tremendous upgrade of one’s entrepreneurial skills. 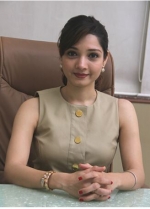 KARISHMMA V MANGAL Director and Trustee, Thakur International School – Cambridge Karishmma V Mangal has established herself as an educationalist par excellence over the last decade. Thanks to her vision, dedication, integrity and humble demeanour she read more... 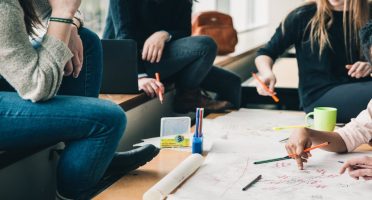 How Students Can Learn The Art Of Being An Effective Leader 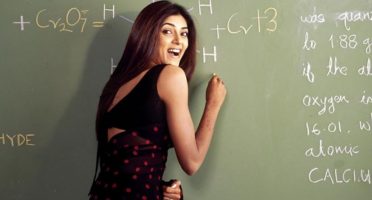 With Exam Season At Its Peak, Here's What Can Be Done To Keep Teachers From Feeling Burnt Out