Before the author's son Laksh was born, she was told that it would be a difficult journey. However, he is growing up at his own pace and here is his story!

Before the author’s son Laksh was born, she was told that it would be a difficult birth. However, the child is growing up at his own pace and here is his story

“Leave this world… a better place than how you found it.” ― Sarah J. Maas, A Court of Wings and Ruin

When I first read this, it made sense to me. I always strove to be a better person so I can help the people around me. This is what drove me into becoming a physical therapist in the first place. Some where down the road. I got jaded and forgot that drive.

When Laksh came into my life, I read this quote with a whole new meaning. I do want the world to see my son for who he is and not what category or label he fits under. And then put the corresponding limitations on him. I wish for people to see people as people and not as their biases allow them to or force them to see. 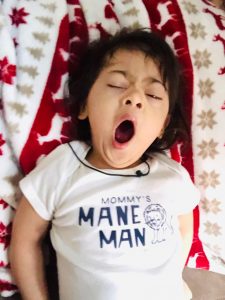 Laksh, our rainbow baby was answers to all my prayers. When we were pregnant with him, after the half way mark, doctors started telling us he isn’t growing like they wanted him to grow. They suspected IUGR (intra uterine growth restriction), due to which we had to be seen more often. 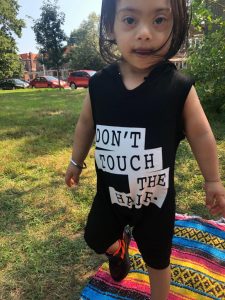 Most doctors already thought that I would have GD (gestational diabetes) or pre-eclampsia because I was overweight. It didn’t matter to them that before we got pregnant, I lost 70 pounds and went on a healthy eating style with exercise.

All they saw was a plus size women who would definitely be a plagued with diseases. 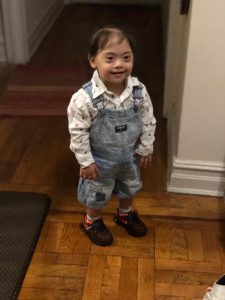 But none of that was true, including the IUGR. I had a healthy pregnancy. They predicated Laksh would be born severely malnourished and need immediate care. But he wasn’t. He was born with a perfect APGAR score and a healthy weight. The only reason we needed NICU stay was because of Hirschsprung’s disease. 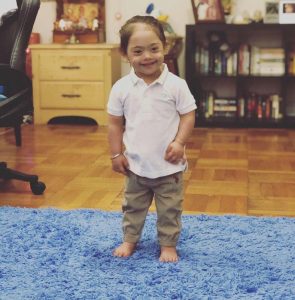 Why his name is accurate for him

Laksh was born at 36 weeks and 1 day and when I first heard him cry, tears of relief and joy started flowing. Relief because the doctors had scared me into thinking there would be something wrong with him, and joy because he was here. 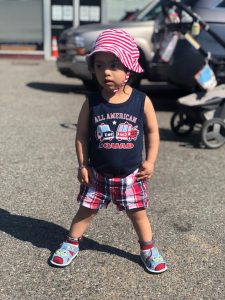 Laksh, means goal in Hindi, is an accurate name for him. Once he sets his mind on something, he will do it. It might take him a few seconds to master it (like fist bumping) or it could take him a few months (walking and signing). But he always gets there in the end. And isn’t that what matters? Your child achieving goals and hitting milestones but only at his pace instead of that of others.

To me, that doesn’t matter. I am not trying to sugar coat anything, I know there would be some struggles. But I also know my son and I know he will come out shining. Like my husband always says, Laksh is following his own curve and let him. 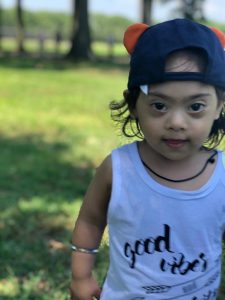 So you see, I have always been judged based on my looks and I know that sucks. And I know I don’t want that for Laksh or anyone else. Which is why, I am trying to make this world a more kinder, more inclusive place where anyone and everyone feel welcome.

A world that is free of bullies, a world where no kid should feel ashamed of who they are, a world where who won’t be seen as a label but a person with unlimited potential. 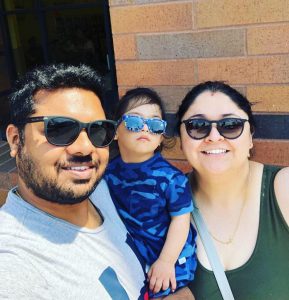 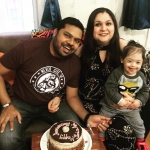 Hello Everyone, My Name Is Smriti And I Am A Physical Therapist, Mom, Wife, Sister, And Daughter. I Love Helping People And Learning New Things. My Son Laksh Was Diagnosed With Down Syndrome And Hirschsprung' read more...