Every time when I am faced with a situation that is less than palatable I am reminded of the grace of the people who made our stay memorable.

This article is an ode to the wonderful magnanimity and generosity that is India. It details a short trip we undertook into the interiors of Andhra Pradesh in order to attend a wedding and the simple but wonderful people we came across during that trip.

Recently, albeit a few months ago, we had an opportunity to attend a family wedding in a village in Andhra Pradesh. It sort of set a precedent to many firsts. It was the first time we traveled with our in-laws to such a remote location. It was the first time in more than a decade that we undertook the said journey in a train. It was the first time our daughter P all of 5 (going on 50 if you ask me) accompanied us on this visit. She found everything in the train to be a novelty, which we quite enjoyed except the 51st time she climbed onto to the top berth and came down. I digress.

Anyway, we finally reached our destination after the usual delays. The station itself was pretty nondescript. It had no lights and our train actually stopped at the tail end of the station which rendered navigating the platform even more difficult than necessary. The platform was so low that you could have practiced diving from the top step of the train and made a perfect landing. We disembarked as gracefully as we could and looked around for a bridge if sorts to get to the other side. However someone ‘up there’ decided that we had to have many more of our ‘firsts’. So the person who came to receive us suggested that we had better cross the train tracks quickly if we wanted to get to the venue on time. Before I go on, I must mention that we had no set accommodation (another first) as what we had previously booked fell through as the guy decided that he did not want to wait for our arrival and gave it away to the first person who asked for it. Talk of misfortunes being well times, there were at least ten weddings scheduled on the same day and every nook and cranny of the village was packed. So off we went with our saris hiked high to avoid grazing any untoward litter on the tracks and with a prayer in our heart and hoping against hope that our family made some arrangement for our stay at the venue.

The driver was a jolly guy who kept up a steady flow of conversation and informed my in laws of the various developments that have come to pass in the village. We finally reached the village which was even more remote if it was possible but was bedecked with every light and fan that they could find. There were several cars and we carefully managed to get to our family to enquire about our accommodation. Needless to say everyone knew everybody there and we were swiftly deposited at the residence of the person who had built the wedding venue. We were quite aghast when we realized that we were to oust his own family (which was quite normal apparently) and parked ourselves in their bedroom. My in-laws on the other hand were given another ‘out’ room though surprisingly also fitted with an air conditioning. We recovered from the shock as quickly as was possible and got dressed and left for the wedding. We returned to find that the said family were fast asleep in our bedroom with our luggage and every other item locked within. Then ensued the frantic calls that were made to the owner of the house, who came and apologized (not sure for what, as were the ones who were encroaching on their private space)and virtually drove his wife and daughters who were fast asleep and rightfully so in their bedroom. My husband and I were so overcome with guilt at the turn of events, that but for the fact that P was exhausted from the journey, we would have been quite happy to rest under a tree for the night! We hesitantly settled for the night, quietly castigating ourselves at the predicament.

Come morning, and we were pleasantly met with a steaming cup of coffee as if the events of the night had not occurred at all! We apologized profusely for casting them out the night before but they would have none of it. They said it was quite the norm for them to give up their home for guests and asked us if we preferred our breakfast before or after our shower. We really did not know where to hang our heads. Here were people who did not in the least bit mind their discomfort the previous night but were also making sure that our stay in their home was as pleasant as possible. We had the cup of coffee/tea/milk rushed to have a shower and made our excuses that breakfast would be a family affair as we had to be present for a few other ceremonies and left.

When the time came we bid our goodbyes to our family and left for the station. What we took away from the entire experience was that, how effortlessly generous the people were. Those we pass on as simple village folk taught us a very valuable lesson on being accommodating. How many of us city folks would have done the same with no malice in our hearts had the tables been turned? Would we have gone the extra mile and offered our guests coffee and breakfast the next morning? The entire experience left us feeling that one needn’t have much to be able to give and give freely at that. It reminded us of the saying that one hasn’t truly given until when the giving hurts. Here were people who showed us such magnanimity without even asking for much. So every time when I am faced with a situation that is less than palatable I am reminded of the grace of the people who made our stay memorable.

The heart of the nation does truly lie in the villages.

Image is a still from the movie Swades 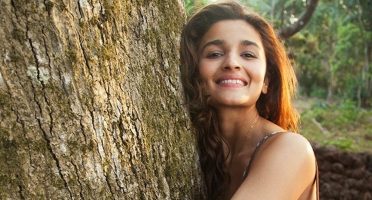 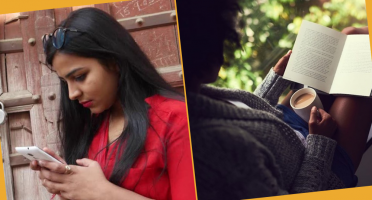 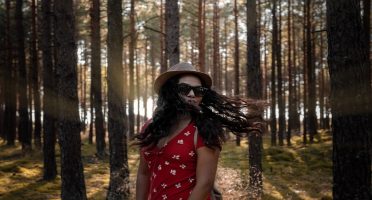 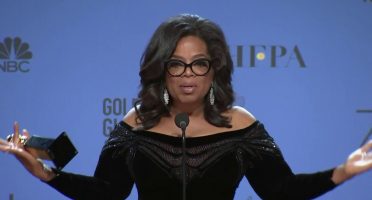 Oprah.. I Just Can't Get Enough Of Her!