"How do I drape a saree?" was a big question for me, but I soon learnt to love the graceful garment, something that connected me with earlier generations!

“How do I drape a saree?” was a big question for me, but I soon learnt to love the graceful garment, something that connected me with earlier generations!

I call myself a ‘wannabe saree-ista’. I spam others’ Instagram feed with pictures whenever I drape a saree.

I think of sarees as more valuable than jewellery when it comes to the idea of a family heirloom. My heart skips a beat on spotting a Sabyasachi, Anavila or Raw Mango.

So much for the zany start, this is clearly not going to that clichéd post about a school or college girl gushing about how excited she is about draping a saree for her farewell party.

Also, this post is not about how the ladies of the family, carrying many delicate sarees with elan, inspired a misty eyed young woman to start a love affair with them. This is about how, I, as a fresher teacher, saw a saree being politicized in the seemingly innocent space that a school is. Make that ‘politicized by and for women’.

The context of this post is the metropolitan city that Delhi is touted to be. Of all the common questions that a woman candidate asks about the school she’s applying to for a job here, ‘Is wearing a saree compulsory?’ might find its way to the top of the list.

I was no different. It was a pressing concern for me as I did not own a single saree back then.

As I found out, the saree was a compulsion only on formal occasions at my workplace. And suddenly, I felt that I should learn how to drape it in order to be more self reliant. I did achieve it before the new session started, exhausting myself in the process as I was being too hard on myself.

Learning to drape a saree

Nobody forced me to learn the ‘art’. The urge came from within me. I was too nervous perhaps. Nervous, because, I did not want to cut a sorry figure in front of all the seniors; them seasoned teachers.

The first month saw me draping it twice. Compliments did pour in. My clumsiness while walking or the comical shakiness on my face was a delight for the seniors. Eons ago, this awkwardness had touched them too… “Oh, you’ll get there eventually,” was the reply written on their faces.

I was sporting enough to not feel discouraged. I laughed at myself, devising ways and means to make the process hassle free, also thinking if draping one would make me look more ‘earnest’ at work, or how it might force parents to take me seriously instead of brushing off the ‘fresh out of college’ teacher that I was.

In retrospect, all the fears or misconceptions were pointless. But, that is the thing about restrospections. They make the process seem more organic and meant to be.

Falling in love with it

Gradually, the six yard became a delight. I still can’t fathom how. There was something powerful about the saree that made me feel in control. I started to feel excited about the days I had to drape one. Shopping for sarees became a thing to look forward to. Pinterest and Instagram added to the fervour.

Colleagues of all ages, at times, spoke of the saree with words like headache, cumbersome, and inconsequential, being thrown around hot-headedly.

I looked amazed at the passionate outpour because I differed from them. I smirked, ruefully thinking that nobody needed a designer like Sabyasachi to create a storm out of a saree when women could very well manage it at microcosmic levels. However, like any other newbie, I was too tongue tied to share my viewpoints with those around me.

Finding out the truth behind the ‘politicization’

The day which changed my life forever was when the Children’s Day celebration was around the corner. It was a busy event, wherein the teachers hardly got time to sit down in peace.

Keeping with the theme for the day (‘Carnival’), I decided to drape a multicoloured saree. It wasn’t compulsory. But I chose to still wear one as I wanted to test if I could carry it for twelve hours straight.

That day saw me justifying my choice to everybody around, with one section thinking it to be a ploy to garner the doyens’ attention. As a result, I was second guessing myself and my decision the entire day. As I found out much later, teachers who draped a saree frequently were favoured in more ways than one. Anger, irritation gave way to disbelief, eyerolls and consequently, nonchalance.

Why should I need a ‘special’ reason?

Nevertheless, as the new session started, I decided to wear a beautiful linen saree, as I felt it would cheer me up as I had to be introduced to my new batch of students. The seniors in the department ribbed me the entire day, thinking I wore it for it was a ‘personally’ special day (‘an anniversary, ahaan?’).

I wondered how wearing a saree had become so rare for my age group that anyone who did that for the love of it was either a rebel, out there to either garner brownie points and attention or a victim, forced to toe the line by, say, the boss/ queen bee.

The humble saree – connecting through generations

We tend to brush off the eccentricity when it comes to associating it with our mothers, grandmothers or aunts, as we’ve seen them treating saree as a second skin. You wouldn’t blink an eye when coming across a lady as old as either of them, walking in a saree. Would you? Then why bury any young woman under a blaze of uneasy questions?

We must adopt the laissez faire attitude when it comes to the saree. And any other garment, for that matter. Wear a saree if you want to. Choosing or not choosing to drape one doesn’t make you any less of a woman. Or more traditional, less modern. Or Indian, I daresay. To each, her own.  Period.

As for me, one year as a teacher has made me swallow the pill of wisdom and patience. As my Nani put it- “You must get a thick skin stitched along with the blouses of your sarees.” Touché! 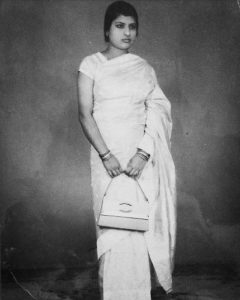 Me- the young, raring to go ‘new teacher’. 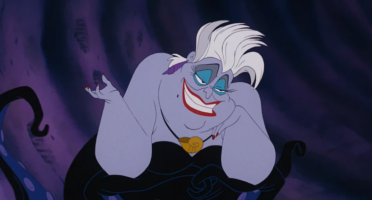 She Is My Soul Teacher, My Sister In Arms!