Here take this ₹ 1500/-. Today is Raksha Bandhan. You should be celebrating with your sister.

Ramu waited for the light to turn amber before he signaled her.

“Now!” he said as the light turned a brilliant red. Traffic stopped at the junction, an endless melee of car upon car. Today the traffic was unusually heavy, literally bumper to bumper. That made him happy. Traffic and cars at the junction always made him happy. It was when the traffic stopped at the signal that he and his little sister would run out, weave and squirm their way in between car bumpers in an effort to sell their meagre wares.

“Chalo Radha,” he said to her now. “You go to the left and I’ll take the cars to the right.”

Radha got off the boulder that she was perched upon and literally flew between the cars trying to entice people to buy her venis (flowers for hair adornment).

“Madam, do you want a veni? It will look beautiful in your bun. Sahib, how about a veni for your wife? She will be so happy to get it. Take one, show your wife you love her,” she coaxed the customers, an endearing smile pasted on her face. Radha relied heavily on her angelic face and cherubic smile to sell the venis.

Ramu too was off with his wares. While Radha sold venis, Ramu the older sibling sold children’s coloring books. He sold the books for a commission. The local bookstore provided him with a supply every week and he made money by selling them for a margin. He appealed to the people now. “Sahib, Madam, see what lovely books I have. I am giving 3 for the cost of 2. Its only ₹ 100/- for 3 books! It’s a steal. Won’t you buy them for your children? Won’t you take them home and make your children happy?”

Hold It! I’m Getting Married, Not Pregnant! (Short Story)

Today of all days, Ramu needed to make some money. Today was Raksha Bandhan. Ramu wanted with all his heart to buy a new dress for little Radha. He loved his sister. There was nothing he would not do for her. The past bore testimony to that.

Ramu and Radha had been orphaned a couple of years back. Originally from Bihar, their parents had been migrant laborers. They had worked for daily wages at various construction sites in Mumbai.

Ramu’s father had originally been a farmer in Bihar. His father and uncle had co-owned acres of arable land which they had tilled. Their childhood had been spent amid rustic environs. Days had passed in happy play on swings and by the village pond. The village children used to gather by the pond to skip stones and bathe in it to beat the summer heat. Life had been simple and yet fulfilling.

But the unscrupulous practices of his Uncle had left his father with virtually nothing. His uncle had stolen not only the land but also their livelihood. With nothing left, the family had migrated to Mumbai.

Then tragedy had struck one day.

Ramu and Radha often accompanied their parents to the construction sites as their mother feared for their safety and refused to leave them untended at their hutment. That day too they had accompanied their parents. They had been playing in the shade of the Neem tree when with a resounding crack a section of the roof that their parents had been working on, had collapsed. There had been seven casualties in total, including their parents. It had taken days to dig out the mangled remains from the rubble. But in that instant that had orphaned Ramu and Radha, Ramu had shed the cloak of childhood and embraced maturity.

From that day on wards the streets had been their home. Ramu knew that he needed to keep his sister close at all times to protect her.

“The world is a bad place full of mean people. Always be careful. Always protect your sister.” This is what his father had told him when they had first come to Mumbai. The sage advice remained with him and guided him, even today.

In the instant that had taken their parents, a deep bond beyond sibling-hood had been forged between the siblings. This was the bond that drove Ramu today to frantically sell his wares, risking his life in traffic at times, in order to please his sister with a new gift.

“Oh God! Please have mercy on me today. It’s really hot. I just want to make enough money to buy Radha a dress and some sweets. Please God help me earn that much today,” prayed Ramu silently, looking heavenward.

“Sahib. Buy this book for your daughter on Raksha Bandhan,” beseeched Ramu for probably the hundredth time that day. “I need the money Sahib. I want to buy a sweets and a gift for my sister.”

The earnings today had been meagre. Everyone seemed to be in a hurry with scant regard for the two frail children working the signal. The summer heat bore down mercilessly on their slender frames. They wiped off streams of sweat with their bony hands, their clothes already damp in the humid Mumbai heat. August was always unbearably hot in Mumbai.

A man was keenly listening to Ramu’s entreaties. He rolled down his car window and beckoned. Thrilled Ramu scampered off towards the car.

“Beta. How much for the entire set of books?” the man asked kindly.

“Entire set?” said an astounded Ramu. Was this man joking? But no, he seemed to have a benevolent face. He was smiling and nodding towards the set of books that Ramu held.

“Beta. I asked how much for the entire lot of books?” the man persisted.

A stupefied Ramu quickly calculated. “Sahib. It will be ₹ 1500/- for the entire lot of books that I have,” said Ramu.

“Good. Then give me the whole lot. Here take this ₹ 1500/-. Today is Raksha Bandhan. You should be celebrating with your sister. I will buy this entire lot and give you extra money for sweets. Go son. Go now and be with your sister,” said the man.

“Sahib. There really is a God in heaven. I was desperately praying to him today to help me earn just enough to buy something for my sister. You have come like manna from heaven, Sahib. Like a divine intervention. Thank you Sahib. Thank you. I am grateful to you,” said a grateful Ramu. He called to Radha who stood a few cars away, trying to sell her venis.

“Radha, come here. This kind gentleman has just shown me the utmost kindness. Won’t you give him a veni as a gift for his wife?” he said to her.

Veni – a small garland of scented flowers that women wear in their hair.

Sahib – term of respect for a gentleman 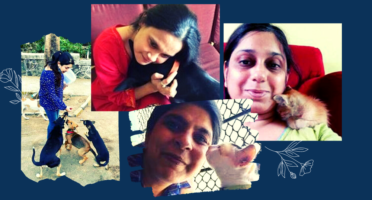 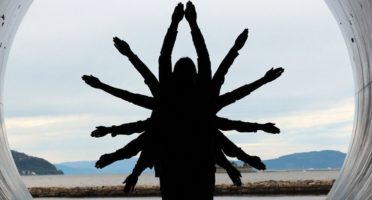 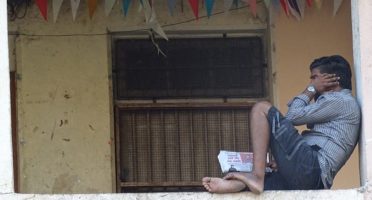 When The Mahamari Comes Home 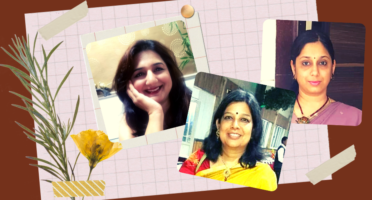 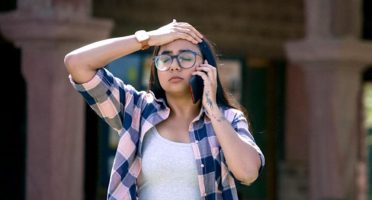 Like Almost Every 'Cursed' Millennial, I Too, Can't Seem To Take A Break 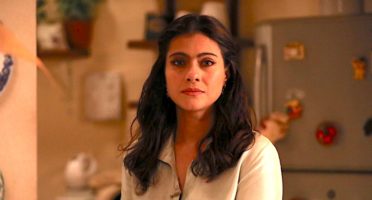 Does It Make Me A Bad Mom For Saying 'No' More Than 'Yes' To My Kids?

The first winner of our December 2019 Muse of the Month contest is Anjali Paul.

Radha chechi had been working as the sweeper in Birchwood apartments for the past 10 years now. Her husband Santosh was one of the security guards at the same complex. Birchwood apartments was a 14 storied building with duplex styled apartments. They were all custom made as per the requirements of the owner. Each apartment was worth more than 2 crores and was owned by the affluent and moneyed people of Kochi.

They Complained About The House-Help Taking An Off, Not Knowing Her Son Had A Fatal Disease…

When Radha couldn't come for a few days, Mimi's parents behaved like the world had ended. Then they realized their house help's son had a fatal disease...

When Radha couldn’t come for a few days, Mimi’s parents behaved like the world had ended. Then they realized their house help’s son had a fatal disease…

Manas lowered the paper to face Mimi at last. His daughter was not going to give up until she received some acknowledgement.