The hands which showered flowers upon the idol of 'Mataji' will now be raised on the wives for domestic abuse.

Being an Indian woman, I am sure all of us have visited Hindu temples at some point of time in our lives. We worship gods and goddesses in various forms. Talking of the goddesses, there is Maa Durga, Maa Kali, Maa Santoshi, Maa Saraswati, Lakshmi Mata..…the list goes on and on and on. And have you ever noticed the utter devotion with which the men and women of our society bow their heads before these women goddesses? Their very feet are an object of worship. They are to be respected, never spoken ill of. All agreed… It is the right thing to do (no sarcasm intended).

But now, let’s just follow these people home. The same mouth which chanted the slogans ‘Zor se Bolo… Jai Mata Di, Milkar Bolo Jai Mata Di’ will be the same that will now be used to spit out swear words in anger. Swear words that include mothers and daughters. The hands which showered flowers upon the idol of ‘Mataji’ will now be raised on the wives for domestic abuse. And I don’t blame the men only.

A woman is a woman’s worst enemy. The daughter in law will become untouchable on the three days of her periods, made to sit separately, not allowed to touch anything in the kitchen, all ideas imposed upon her by her own mother in law. Why? Because this was how the mother in law was treated by her elders. So instead of using her own mind to see rhyme and reason, she chooses instead to blindly follow the hollow laws of the two-faced society. Cover your face in ghoonghat before elders, because it doesn’t matter how educated you are, or how well mannered, how will we show the society that our daughter in law is ‘Sanskaari‘.

There are so so many issues against which women need to raise their voices. But unfortunately, speaking out only brings a further hurl of abuses! It is okay to compare your sons with Lord Krishna, saying ‘Krishna ne bhi to raas leela rachi thi, ye to insaan hai, ho gayi galti’. Then it should also be okay to compare your daughter in law with Goddess Kaali… The one who single-handedly, being a woman, had the courage to destroy all evils. Its time we speak up, time to end the centuries-old rituals and traditions, time to break the barriers that stand in the way of a modern woman!

Hi! I am a Dr. Neha Joshi, a Public Health Dentist. I may be a dentist by profession, but my heart lies in social service. I wish to take initiatives for women empowerment and also read more... 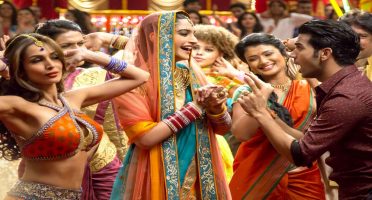