A daughter in marriage, it seems, is never enough. She has to be accompanied by cash and gifts.

There are times when Bollywood truly hits the Bull’s Eye! I remember recently watching a Sonam Kapoor starrer movie ‘Dolly ki Doli’, based on the theme of Looteri Dulhan. Though I am not a fan of the theme of a cheating bride, the ample entertainment it provided as a piece of fiction kept me glued to my television set, and that was where I was struck by a gem of a line- ‘BETI DE DI, SAB KUCH DE DIYA’– a line the grandmother (Dadi) is seen repeating throughout the movie.

The truth as well as the irony of this statement in today’s day and age cannot be ignored. A daughter in marriage, it seems, is never enough. She has to be accompanied by cash and gifts, a societal pressure upon the bride’s family, a system long prevalent in our country, the system of ‘DOWRY’, the ‘DAHEJPRATHA’. Comprehensive criminal laws have been introduced in India which makes dowry a punishable offence. But sadly, it is a practice that has been impossible to eliminate from the roots. And even sadder is the fact that, the more prosperous the groom’s family, the more will be the demand for dowry… because that’s how their standing in the society will be seen. We wouldn’t want wagging tongues in the society now, would we? ‘Ladkiwaalon ne kuch bhi nhi diya. Gareeb ghar ki ladki le aaye!’

Let me say to these relatives who keep questioning the status of the bride over the dowry amount- Take one look at the father of the bride. A second before, he was the richest man in the world, for he had his daughter. And not a second later, as he sees his daughter depart to another household, he stands as the poorest man there can be. The void is not in his bank account, which may replenish soon, the void is in his heart. The place of his daughter, which can never be refilled. So, the next time you go to a wedding, please do not ask, ‘shaadi mein kya diya?’ Just take a look at her father, who will be standing in one corner with folded hands, a smile atop his poorly concealed tears, and know for a fact- ‘BETI DE DI, SAB KUCH DE DIYA’!

Image is a still from the movie Dolly Ki Doli

Hi! I am a Dr. Neha Joshi, a Public Health Dentist. I may be a dentist by profession, but my heart lies in social service. I wish to take initiatives for women empowerment and also read more... 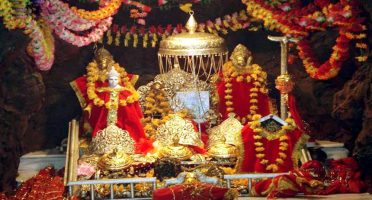 When Gold Prices Go Up, More Girls Die In The Womb! The Connection? Find Out…

A recent research showed that an increase in gold prices is a great threat to girl children in our country. The fear of higher dowry leads people to kill them even before being born!

A recent research showed that an increase in gold prices is a great threat to girl children in our country. The fear of higher dowry leads people to kill them even before being born!

I’ve taken the most important decision of my life here which became a turning point of my life and from that experience onwards, my visit to this place has become more like a homage.

I’ve taken the most important decision of my life here which became a turning point of my life and from that experience onwards, my visit to this place has become more like a homage.

It was dusk already. The setting sun had created magical streaks of crimson and gold on its canvas.