The Many Emotions Of An Elder Sister

As an elder sister, the author describes the emotions and the meaning of the bond that two sisters share.

The one who came into the world a little later,

The age gap between me and her was three years.

And chose the relation of a younger sister,

Wheatish was my skin colour and she was little darker.

Being in India skin colour is a big thing,

And comparison of girls based on colour is always trending.

Relatives were little rude in their behaviour,

Scolding was stricter to her and towards me a tone softer.

Oblivious to this mistreatment, I moved on

But she was a kid, in her mind these comments were always on.

Her skin colour was not her mistake,

As she was not given a choice to make.

Despite the unfair treatment, we grew up tight,

As well as I was jealous as she grew taller in height.

I was the one with sense of humour,

Still, somehow she was both, caring and dumber.

From kids to teenage and from there to being grown-ups,

Our talks shifted from toys to boys and reached to break-ups.

We were thick together,

Even the things we said were similar.

She is always obedient and good,

While, I was the one with shifting mood.

With time our paths changed,

Belonging to the family of orthodox beliefs,

I knew I have to fight for the things I could not leave.

With each losing battle it ran through my mind

I can’t lose as she was next in the line.

With each fight I grew fiercer,

As if I lose, she will be the next loser.

I fought and struggled and paved my way out,

So that she don’t have to pout.

I hoped if I had taken this fight when we were children,

She wouldn’t have felt alone due to discrimination.

She is my baby sister, I cannot let her down,

She is my responsibility till I finally lay down. 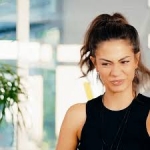 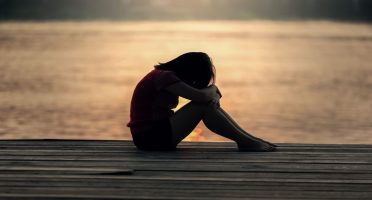 Losing A Loved One