Patriarchal To Indulgent Dads: A Bollywood Special For Father’s Day

Bollywood's leading men have often helmed movies that portray father child relationships in many shades - from the patriarchal to the friendly and indulgent. Here's taking a look.

Bollywood’s leading men have often helmed movies that portray the father child relationship in many shades – from the patriarchal to the friendly and indulgent. Here’s taking a look.

Father’s Day is celebrated for honouring fathers and the paternal bond – traditionally considered the “head” of the family. Today, like ‘mother’, father too has the same place and position in the family.

It is commonly believed that daughters are closer to and identify with their fathers, something that is categorised as the ‘Electra Complex’, whereas the father-son relationship is portrayed as responsible, yet friendly.

Here are a few such father child relationships presented in Bollywood movies by leading men, which have impressed the audience perfectly with their subtlety, humour, emotion and dignity.

When it comes to famous words on ‘Father’, the first one that comes to mind in Bollywood comes from Big B’s mouth – “Mera Bap Chor Hai”. Here, the protagonist’s hatred for his father’s identity was forcefully and permanently written on the character’s hand by the public, in the film Deewar.

Another notable dad, this time played by Amitabh Bachchan, is Bhaskar Banerjee who is obsessed with his chronic constipation problem, hyperventilating and scolding the domestic workers and his daughter Piku. Piku is shown as his lifeline, a dependable daughter to him as he approaches 70. Here, the father- daughter relationship is very relatable to real life stories. Silly arguments, hotheaded decisions, intense exasperation but caring, loving and with a soft corner for each other. However, Mr. Bhaskar is not ashamed of his single daughter’s sex life.

A father’s duty is to take care, nurture his child’s social, intellectual, and physical development which is typified in the film Baghban. Yet, their own sons do not give space to the parents, and the elderly couple played by Amitabh Bachchan and Hema Malini start living separately as the son’s family considers them a heavy burden.

In the movie Waqt, on the other hand, the father has thrown the child away to be responsible and ideal. The same kind of father makes a reappearance in Kabhi Khushi Kabhie Gham where Amitabh plays Yash Vardhan Raichand, a man of ethics, law and dignity who adopts a male child but turns out to be a stone-hearted father where the father’s decision is the final decision in the family.

Kader Khan infused comedy and humour into the relationships of father-son, father-in-law-son-in-law. The characters gave the audience belly laughs, and brought comic-relief from thrills and actions. Kader Khan’s movies are always the friendly, loving, materialistic, dear dad-spoilt child kind. The father lives only for his sons’s’ happiness and pleasure, as seen in movies like Hero No. 1, Coolie No. 1, Saajan Chale Sasural.

After Kader Khan, the most noticeable and humorous father figure in Bollywood is Anupam Kher. His films also livened up the audience with laughter as well as seriousness in his performances.

The movie Daddy is the story of a drunkard father who regained his identity after 17 years because of his  daughter who had faith and struggled to help him recover from alcohol. The daughter and father meet after 17 years but she doesn’t lose the hope to convert her father from a drunkard to a singer.

In another notable Anupam Kher starrer, Kuch Kuch Hota Hai, the father is not hesitant to articulate the name of his daughter’s lover in the movie Kuch Kuch Hota Hai. Another example of a friendly father-daughter relationship is in Jab Tak Hai Jaan, where Mira (played by Katrina Kaif), is compassionate and also business-oriented like her father. The duo leads a well-established, friendly, and happy life in London.

London as the ‘diaspora’ capital of the world makes an appearance in many Bollywood movies. In the movie Dilwale Dulhaniya Le Jayenge, the father hasn’t forgot his Indian culture, laws and moralities and tries to teach his son the same. The son-father relationship is shown as friendly, cordial and kind, where the father has a different name – “Pop” instead of Papa, Dad or Babuji.

The ultimate romantic hero, yes, Shahrukh Khan turned father in many of his movies. What has stayed with the audience till today is little Anjali in Kuch Kuch Hota Hai, the pampered and loving daughter of her dad, Rahul, a widower. Anjali’s father illustrates what mother actually means in a debate competition but Rahul also gave us the sense that a father is not lesser than a mother in loving and caring for a child. A father can also adore a child, and share his emotions with her.

Yes, it is always not necessary to refer father as ‘Dad’, ‘Baba’, or ‘Papa’ – in the movie My Name is KHAN, Sameer, the step-son pronounce his father’s name only as ‘KHAN’ (from the epiglottis). The duo become best friends despite Rizwan, the father (played by Shahrukh Khan) suffering from Asperger’s Syndrome. The father and son have a tender relationship until the 9/11 tragedy that strikes the family. The father walks away from home to bring justice for his dead son who is killed in a racist attack.

Dad of many shades: Aamir Khan

Father child relationships in movies usually revolves around love. But in the movie Dangal, the father constantly supports yet pressurises his daughters to learn wrestling, to obtain gainful employment. The father’s treatment of daughters is e quite merciless and harsh – they are forced to cut their hair short, go running in the morning etc. Ultimately, the daughters fulfil his dreams and struggle towards glory at the Commonwealth Games.

In Akele Hum Akele Tum, Aamir Khan plays a single father who takes care of his son when his wife chooses to fulfil her career ambitions. The dauntless father-son support each other, adjust to the situation and star living on their own terms. The father gradually understands how to become a good father, to spend time with his son, to be patient, and to answers his son’s questions. The story implies that a father is also essential for a child, and that it is not a rule that only a mother can love her child more.

In conclusion, Bollywood has given us many movies around father child relationships. Sometimes Bollywood has portrayed father as a weapon of patriarchy, at other times as a supportive, well-intentioned father who at last comprehends his child’s wishes, as in the memorable dialogue of Dilwale Dulhaniya Le Jayenge, “Ja Simran, apni  zindagi jee le” (Go live your life). I hope we have many more such relationship based movies in Bollywood in the years ahead.

Top image from the movie Piku 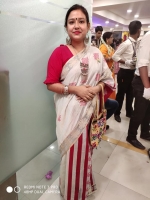 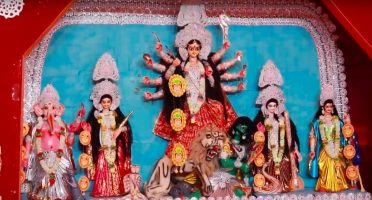