It’s A Cup That Is Better For Women’s Health AND The Environment! Try It Out

Though they were more convenient than cloth, sanitary napkins are problematic, an environmental hazard. And then I discovered the menstrual cup.

Though they were more convenient than cloth, sanitary napkins are problematic, an environmental hazard. And then I discovered the menstrual cup.

My mornings begin with a cup of strong tea. It gives me the kick to start each day afresh. And then the rush begins as in case of any other homemaker who manages her schedules as per her husband and children’s.

Apart from those five days every month, I hardly feel any need for restraint. I am this jubilant, active person with a reasonably good health. But periods have been my biggest health issue. Starting from the regular cramps, weakness and aches, what I fretted the most about were the pads.

We generally don’t discuss such details openly, but this is a must while we talk of menstrual hygiene, and sanitary napkins are promoted far and wide especially after the release of Padman.

Our grandmothers used cloth which was not competent enough for longer periods of time and there were some hygiene issues too. Our mothers and aunts were considered “luckier to get the advantageous innovation of sanitary napkins”. Yup, the packets that are wrapped up in black plastics by the chemists, and advertised dropping a few drops of blue dye over it on televisions even today. Though I was hugely uncomfortable in using them from day one, however there was no other option.

The problem with sanitary napkins

The biggest problem was of rashes, my skin being hyper sensitive, I thought. As I read more about the composition of the sanitary napkins, however, I was shocked at my ignorance.

The brands boast of their products to be cottony soft, but in fact they consist of more than 90% plastic and its polymer components, which are non-natural fibers. This was a huge risk to the vital intimate organs.

The immediate second issue was of its disposal. These sanitary napkins are non-degradable. In India alone, menstrual waste is estimated to be around 113,000 tonnes annually which in itself is a task to dump (although installation of a few incinerators have shown promise, but they are like a drop in the ocean). Sewage and landfills are overflowing with its choking remnants. They are often thrown in a very inappropriate manner along with the dry and wet household waste, adding to the woes of the waste disposers.

My third retraction was the unbearable odour of a soiled napkin which was so repelling that one may invite undue breathlessness, along with an issue carrying it to and fro in between members of the family, making a silent announcement that you’re chumming.

Fourthly the pads are a high level of discomfort during physical activities keeping you restricted from being normal. To add to it, heavy bleeders always have a fear of staining.

Fifth reason is a financial matter of factual calculations as they are high on pricing without bothering on their non-natural compositions causing health hazards.

I wonder can’t every pack of sanitary napkin come with a statutory warning of its own unknown dangers?

I had to help myself by getting rid of this helplessness and shift to some better practice as early as possible. There were napkins made of natural fibers available online, but they weren’t an affordable option.

Then I read somewhere about this cup; the menstrual cup, which is made of medical grade silicon and could be used instead of pads, which sounded convincing. Recently I got one that stood by its promise, and made my periods hassle free. I am so relieved now that I don’t fret a bit about the ongoing periodic cycle. On the contrary I regret not having known a thing about this wonderful option earlier.

No more whispering. Bye- bye rashes. No stink. Eco-friendly. Economic. Just a few perks of using the cup of ease. Think hard before you buy your next packet; I am sure a seed of change can be the root of a new revolution! 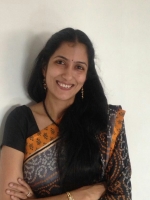 I am a homemaker, mother to two teenage boys, a happy person. Writing down my parenting experiences is a way to keep reliving them as I thoroughly enjoy being a mother! read more... 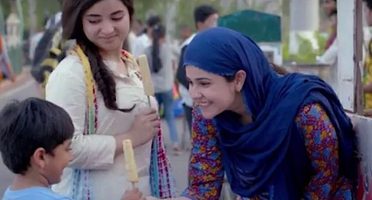 Good Mom, Bad Mom; Who Has The Right To Rate Me As A Mother?