A Daughter’s Gift Of Green Love

The bride plants a sapling  before her departure from her parents’ house. It  is then the  duty of the bride’s friends and family to look after the tree.

“The woods are lovely dark and deep, but how many promises to them do we really keep……?”

These lines caught my attention as I flipped through an old issue of Sanctuary magazine.

The deplorable condition of the forests in India has been a burning  topic for quite some time. Shimla, Nainital, Mussorie….have all lost a considerable part of their greenery. Trees have given way to huge, grotesque concrete apparitions which greet us even before we step into any of these hill stations. Initially built as a summer destinations for the British, they now bear the load of excessive population and complete negligence. People somehow do not seem to give any thought to the future.

In the hills of Uttarakhand which have a similar topography as Himachal Pradesh, a great initiative known as “Maiti Movement” is followed. It was the brainchild of Mr.Kalyan Singh Rawat, a retired teacher who initially started it in his hometown in Gwaldam in Chamoli district (Uttarakhand) in 1995.

Women, as we know are the backbone of every community and have great emotional attachment with their parents. Therefore the name of the movement was derived from ‘Mait’ which means the paternal home or ‘maika’ of the bride.

The bride plants a sapling  before her departure from her parents’ house. It  is then the  duty of the bride’s friends and family to look after the tree. The groom gives some money to the bride’s parents which is used to protect the sapling as well as take care of the needs of the underprivileged girls of the village. It discourages the dowry system, makes people more sensitive and socially aware.

The growth of the sapling for the parents represents the happiness of their married daughter as they see her gift flourishing. These saplings  are emotional as well as environmental treasures.

Maiti Movement has developed such great importance that it is even mentioned on the wedding cards!

What a wonderful way to repay our parents as well as nature!

Thanks to his efforts, forests known as ‘Maiti Van’ have developed.

It has become such a source of motivation that the villagers now plant trees to commemorate other important events too.

To mark the 50th year of India’s Independence, every village in Uttarakhand planted 50 trees each. Also in the memory of the Kargil Martyrs , along with the BSF(Border Security Force), villagers planted 1,000 trees which is now known as ‘Shaurya Van’.

Due to this movement the hills of Uttrakhand especially Chamoli has developed a healthy forest cover. Chamoli is also the birthplace of the Chipko Movement or Chipko Andolan which gained worldwide recognition. It was initially started by a woman, Gaura Devi  in 1970 in Reni village of Chamoli district, Uttarakhand. It was further spearheaded  by Mr. Sunderlal Bahuguna  from 26 March 1974 onwards .

This Movement has now spread across 18 states and 6 countries.

“It is difficult to realize how great a part of all that is cheerful and delightful in the recollections of our own life is associated with trees.” (Wilson Flagg)

So let us  get together and further glorify the beautiful message of this movement which says ‘For every happy occasion, plant a tree for a beautiful memory.”

A budding writer and blogger.Attracted towards environment and social issues and trying to make a difference.In the process of learning from a great teacher called "LIFE". read more... 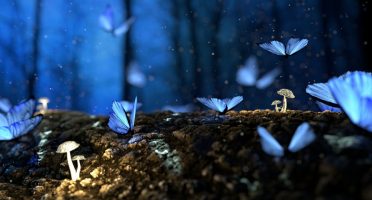 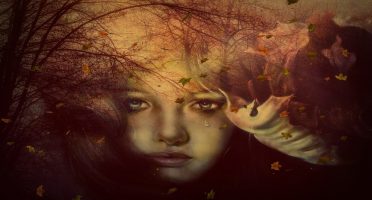