A few years ago, a friend’s story about tracing her ancestry stirred me to trace my roots. Here is how the story unfolded.

A few years ago, a friend’s story about tracing her ancestry stirred me to trace my roots. Here is how the story unfolded.

With a few days of relentless research followed by a new job taking precedence over this one, the pursuit seemed unfinished and closed.

While making a living at an IT firm in Bengaluru, over one of the long weekends, accompanied with my group of nomads, we decided to explore Hampi, the stunning heritage town.

Once we descended at Hospet station (close to Hampi), the atmosphere seemed archetypal and no peculiar detailing was needed to adorn my time travel imagination; only until we reached the UNESCO heritage town Hampi. The sight is etched in my memory like a modern day Claude Monet’s inspiration.

What makes Hampi a unique site apart from its magnificent past is the divergence of two sides of the town; one the ‘Bazaar’ side, with its ruins, famed historical temples and other monuments while the other side popularly known as ‘Hippie Island’, stands true to its name and is a haven for the young tourists. Hampi is one of my top destinations, due to the peaceful coexistence of the Hindu and Hippie culture.

We grabbed a coracle and glided across the beautiful Tungabhadra river to reach the ‘Hippie Island’. We strolled across to the lodging while admiring the view of the sprawling fields.

We hired a tuk-tuk/autorickshaw and an ingenious guide. He trotted us around the Hippie Island; this hosts a lot of significant sites that are named in the Ramayana and Hampi known as Kiskindha in the historical times is considered the birth place of Hanuman (son of Vayu, known for his valour and strength).

The first day was reserved for the Hippie Island, and we leaped from caves to hills and enjoyed the sunset by the river. Being a heliophile, I revered the beauty of dusk. When the sun merged into the sea to rest, its tangerine rays soothingly brushing past my face reminded me that its existence is the glory behind the spark of life.

Suddenly, something jarring caught my attention, the blinding slogan, “Beware of crocodiles”. I interrupted my guide engrossed in enlightening us and demonstrating to my friend the art of stone skimming.

He retorted giggling in his mother-tongue influenced English, “Madam, foreigners come here during the peak seasons. They sunbathe and swim, our local men also jump excitedly into the water to beat the heat. They don’t know how to swim, they drown. So, the local ministry put up that warning.”

I acceded to the story with some qualms for it was engaging, amusing and reminiscent for a lifetime.

The next day, we explored the ‘Bazaar’ side of the town and visited various monuments admiring the larger than life conveniences, art and architecture, complimenting the splendid stories of the vibrant Vijayanagara kingdom (flourished between 14th to 16th centuries). Each monument although ravaged and some just left as boulders resonated its glorious past in all its might and glory.

Our guide, although superfluous seemed nimble as he demonstrated with great spark. At the end of the trip, he grieved about the treacherous battle that broke out between the Bahmani sultans and the Vijayanagara kingdom. This was the battle that led to the downfall of the Vijayanagaras; leading to hundreds and thousands of weavers and artisans migrating to other southern parts of India. That fascinating and familiar piece of information, prodded me to unravel the mystery of my roots, which was unfinished after my futile attempt years ago.

Acting like a pesky tourist, I interrogated my guide about the whereabouts of the clan. He stated definitely, “The clan, mostly weavers and traders dispersed like the spark of a burnt piece of paper but their temple is situated nearby and you could ask the office holders for information.”

I discussed with my fellows about my ‘aha’ moment and snipped some time to visit the temple.  The road slightly diverged from the ‘Bazaar’ side of the town, glued to the roots of my beginnings. When I enquired about the missing weavers with the office holders of the temple, they shared it with great fervour. With that the unfinished attempted pursuit years ago concluded with a touch of finesse through sheer serendipity. 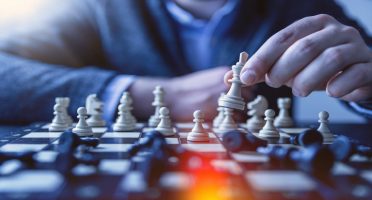 What Is It That Makes Me Value My Self Worth? 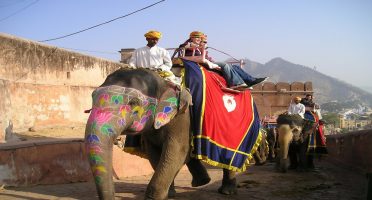 Is It Safe To Travel Alone In India? How Did I Answer This Question?