I strongly believe that people should be allowed to choose what religion they follow and what they want to do with their life as long as it doesn’t degrade another individual’s life or existence.

My country has been officially free and independent since the past 72 years, but the conventional thoughts and practices of communism and religion keep it binding to another cage just after it came out of one.

Communal politics and religious vote appeals have been prevalent in India since she won her freedom from the British, and even before that, to be accurate. She is called a land of cultures and religions because you will find Indians follow different religions and cultures, practice different norms and more importantly increase the cultural effect of India being called a “subcontinent”. But this diversity is hardly unified, or so as our leaders envisioned India to be. What I mean to say is, religion and culture are so deeply rooted within the country, that every aspect of the society and people end up being limited to it.

Religion is something that man has himself created in order to control themselves from doing something wrong, or to design a pattern of ethics that they may want to follow, have an ideal life based on the norms of the religion they follow, etc. I believe that religion is something very personal, and shouldn’t be imposed on someone else other than yourself. They’re literally a set of beliefs that a person follows and it is astonishing to see that people feel uneasy or have a problem if others don’t follow the same set of beliefs or their idea of ideal behaviour. Pertaining to such beliefs, the people I’m surrounded with believe I’m a so-called iconoclast or my thoughts are anachronous.

I’m a firm believer of freedom of choice and thinking, and I strongly believe that people should be allowed to choose what religion they follow and what they want to do with their life as long as it doesn’t degrade another individual’s life or existence. A person should be free to believe whatever they want to and do whatever they want to, as long as it doesn’t hurt anybody else or deprive them of their personal rights. After living in an Indian society for most of my life I have often come across people who like to stick to the old conventional norms that they have been taught when they were younger, and I absolutely have no problem with it.

Such norms include not wearing short clothes, hanging out/talking to boys in public and alone, praying every day, always keeping quiet in front our elders, being a part of the LGBTQA+ community as unethical, etc. Having such beliefs and following them, I personally feel, is not an issue until the same people believing them go ahead a taunt people who don’t. I have heard women talk among themselves in a derogatory manner about girls who wear short clothes, or about those boys and girls that hang out with each other or talking about those who claim to be atheists. I have also seen women telling, or rather imposing it on those girls about how “bad and shameful” it is to wear short clothes outside and how doing so is wrong. I have seen people compulsorily insisting their religious beliefs on others, constantly trying to prove how their religion is better or the best, or telling others about how “religion is important and being an atheist is a sin”. I have seen people go around telling others on how “being gay” doesn’t really exist and that the same is bad.

I consider religion to be something personal, and I feel like if one feels that a certain behaviour or thought is ideal, they should have complete freedom to follow it. If you feel like wearing short clothes is derogatory and unethical, then don’t wear short clothes. If you believe praying daily is a good thing, pray daily. What an individual shouldn’t be doing is imposing it on others asking them not to wear short clothes or pray daily, etc. If you believe something, go ahead believe it, even practice it, but stopping others from enjoying their freedom of doing whatever they want, is, according to me, erroneous. The same people would slam others if they imposed behaviours like “not being religious” to them. So if you consider that you follow what you believe is right, it holds true for other people as well. A person does not/should not have the right to stop someone from doing something unless its unlawful or harmful in nature.

The reason I related it to my society and the people that stay around me is because it is a well-known fact about how the people in India are complicatedly dedicated to their norms and religions, that they come down to such a point where they negate a religion or culture other than theirs and consider their idea of “ideal” to be the most “ideal idea of ideal”. And as long as having certain beliefs and sticking to them is okay, it is also important that you’re not wrongfully restraining someone from practising what they want to. The practice of so is very much prevalent in India. Often our elders believe certain things and the new generation has a different idea or viewpoint about the same, but instead of looking with open eyes, the conventional models of ideals just dominate the society and allow the society to term new or different beliefs and values as unacceptable.

In this growing world of globalization and exposure of individuals to different ideas, thoughts, and ways of living, I feel that one should be open to changes and learn to be accepting of different lifestyles that are significantly different from their own. This will not only allow individuals to grow intellectually, but also allow a sense of acceptance and individuality develop in a society which has its roots deeply engraved into believing and practising norms that interconnect each individual’s life into the societal group so much, that the person loses their own thought process and mental space to develop his/her own sets of thoughts and ideas. This is what is primarily stopping us from developing a nation as a whole. Unless people learn to accept changes, we will be stuck behind with what we had decades ago. Acceptance, tolerance and growing open-mindedness is the need of the hour in a country like India. 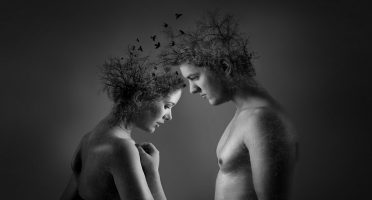 Things We Don’t Explicitly Tell The Ones We Love

I Am Pro Choice, But I Am Against Sex Selective Abortion