This post is dedicated especially to those who were born between 1970 and 1990.

So often have I come across silly posts (I’m sorry if I offended someone, but can’t help but express my views on this as I fall in the category too and thus have earned a right to comment on it 🙂 ) that keep talking about the generation and its uniqueness. They say that we are the first generation that listens to their children and the last that has obeyed their parents. I’m sure many of you agree with me that this specific trait shouldn’t be used as a qualification to call ourselves ‘unique’ or ‘The Limited Edition’ as I feel that there are too many loopholes in this trait which prove us to be a hopeless generation than a ‘PROUD’ Limited Edition.

Then there are some who boast that we are the last generation that will talk about Amar Chitra Katha, Tom and Jerry Star Trek, Famous Five, Rangoli and Chitrahaar. We are the last generation that can boast about offering a seat to the elders when sitting in a group, to find it cool to be a teetotaller among alcoholic friends, to know about the world even without the help of GOOGLE, the last to read, the last to drink tap water, the last to find cycling to school trendy and so on. Well, when we talk of such things do we feel proud or are we merely trying to hide our embarrassment and posing as proud?

Well, I think that, had we been proud of the things that we boast of, we should have followed them proudly rather than trying to adapt ourselves to the so-called ‘Cool world’ around us. We should have handed it over to our children and made them feel interested in it rather than feeling helpless while they laughed it off and reviled it right under our noses.

We had received a beautiful and green world by our forefathers but we invented plastic and used it to an extent where our children are paying for it with their health. We invented the Computer and the Internet and made it such an indispensable part of our lives that we have become the servants of the inventions we had invented to assist/facilitate us. Our children believe more in Facebook and Watts-app friends than in making real friends who would stand with them through thick and thin. Our children are not watching hours of television because they don’t have anything else to do but because we haven’t exposed them to the wonders of reading as our parents and teachers had done. They don’t respect their elders because in the fight to become their best friends we have forgotten our roles as parents. We resent the fact that our children do not remember the line that they must not cross while they are talking to us. They backchat, they argue, they talk in a vulgar way but it all boils down to the same thing. We haven’t given them the values that we expect them to know/possess/exhibit.

Where did we go wrong? Well, it has been a slow process of negligence. We missed having a few things when we were young and when we had our own children we wanted them to get everything that we had missed. Now while giving them everything that we had missed we forgot to give them what we received. We were enjoying our lives and running from pillar to post to achieve all material things for our children instead of giving them what we should give them in abundance- out time, our undivided attention and our trust. when I say time, I don’t mean that we must deprive them of their ‘Alone Time’. Our undivided attention doesn’t mean that we facilitate them to a point of paralysing them and our trust doesn’t mean that we have unrealistic expectations from them. Knowing the individual we are bringing up is very important.

We’ve lost Chitrahaar, Rangoli, Ustad Bismillah Khan and his Shehnai to the vulgar tunes of ‘Zara Zara kiss me kiss me’ and ‘Beedi jalai le jigar se piya’ because we have marketed them more at the cost of the other. The balance that we need to create is in our hands.

The responsibility is ours to keep what we have and add to it rather than lose it to something worthless and useless. Putting a check on excesses is also our responsibility.

So, next time, instead of cribbing for the lost times or the endangered generation (lol) we must create an environment where even our children get things that they can be proud of. And the best thing that we can give them is our TIME, in the real sense. 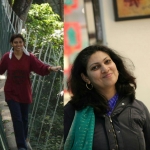