Gender inequality is present all over the world; however the basic preference for a male child over a female one is deeply entrenched in India - this author examines the deep-rooted reasons for such son-preference.

Gender inequality is present all over the world; however the basic preference for a male child over a female one is deeply entrenched in India – this author examines the deep-rooted reasons for such son-preference.

India is culturally and religiously a very rich country and the originator of some of the world’s rich religions like Hinduism, Buddhism, and Jainism. Indians worship several forms of female deities like Goddess Durga, Goddess Lakshmi, Goddess Saraswati etc. Every deity symbolizes some unique characteristics, for e.g. Goddess Durga symbolizes divine power or Shakti to protect mankind from evil and misery; the Goddess of wealth and prosperity is Goddess Lakshmi and Goddess Saraswati is the symbol of knowledge. However, the contradictory element lies in the mindset of some Indians who in spite of worshipping the divine female deities show an aversion towards the woman in their own lives.

Gender inequality is all over the world, however the basic preference for a male child over a female child is deeply entrenched in India and some other countries.

As per the national statistics, the national average is 917 girls for 1,000 males. In some villages, this ratio is skewed to as much as 500 females for 1000 males. To add to it, there are around 70 villages where girls have not been born in the last 10 years.

As per the national census, the Indian rural population stands at approximately 66.5% of the total and the average literacy rate is around 74% with a lower one of 66.5% for women; this rate varies from state to state and urban and rural areas. The urge to educate the female child is very low in most places in India as the girl child is meant to get married as early as possible and look after the family. There are varied reasons for still restricting the progress of girl child but most of the reasons lie in certain primitive religious beliefs of mankind as well as Indian societal pressures.

The Indian Patriarchal society’s tradition brings in the practice of ‘Dowry’ which is supposed to be banned since 1961; however it is still very much prevalent in many places in India. When the girl gets married, no matter if the girl is educated, financially stable or uneducated, dowry is still offered in many of the societies of India. Dowry can be in the form of money, land, house, cars or any other luxury items. Many families deeply regret and curse themselves on the birth of a girl child for they are anxious about the accumulation of wealth for dowry. In some of the cases, dowry is not the end as the demand from the bride’s in-law’s family would continue and at times brides are tortured to death for want of additional dowry.  Well, what is curious is why the spineless grooms who are well educated in many cases would accept the dowry. The only suggestion to the families of the bride would be to educate the girls so that they can stand up for themselves and not gave way to dowry system.

This is again another deep-rooted tradition of patriarchal society that male members would take forward the family lineage as the daughters would leave the maternal house once they get married and would become a part of somebody else’s family. The daughters are not considered part of the family lineage and in many cases ignored from the inheritance of wealth.

Economic support from sons as daughters are “ParayaDhan”

It has been a thought process from several generations that the sons should take care of the parents and support them financially. The basis of this thought might have been built in those generations when the male members were the bread earners of the families and the woman members of the families were not even educated enough to earn their living and in most of the cases they were meant to take care of the family. As we have moved to the 21st century, with both man and woman getting educated and earning their own living, daughters and sons should be equally responsible for their parents.

It gave me an utmost sense of pride, to read about the bold judgement upheld by the Bombay High Court – “A married woman too is responsible for maintaining her parents”. This is a really huge step forward towards gender equality and erasing away the age-old traditions of women as “ParayaDhan”. Our parents have strived their whole life getting both son and daughters educated and earn their own living. Then why does a daughter suddenly become “ParayaDhan” (somebody else’s property)? She belongs to the parents as much as the son would belong to the family. I wonder what happens to families where there are no sons; does the daughter’s responsibility end after marriage? The answer is a big “No”. Both sons and daughters should be equally responsible for their parents in this modern generation or else we do not have the right to say that we are progressing or becoming modern.

Girls or women are more vulnerable

The heinous crimes of rape, sexual assault and child trafficking have made people believe that girls are an added responsibility and bringing them up is a lot of additional burden. However, it is how the societies have become with that, the rise of fear that girls become more vulnerable to such crimes. Girls should be tuned to be mentally and physically strong to fight the society and uproot the age old thought processes and stand up for themselves rather than giving way before such fear.

One of the very disturbing theories I have heard in these modern times is – “To attain salvation, gain a son” – in other words if one has no son, one’s soul shall not be liberated from the worldly attachments. Most of the customs related to putting the dead soul’s body to rest are performed by the male members of the family and some societies do not even allow the female members to perform any rites and rituals. In case the dead person has no son, the rites and rituals are performed by other male members of the family but not the daughters.

The reasons stated above might have created an urge for boys in every family and there can be many more reasons to add to it. In this modern era, the reasons might feel very illogical and impractical, but they are ingrained from generations and it is not possible to erase them or bring about radical changes in a day.  It is not only the rural population but also the educated urban society, that shows their preference towards the male child.  Even before a child is born, people hope for delivering a boy baby.  In many Indian baby showers, the elderly woman of the family would bless the expecting mother to give birth to Lord Krishna or Lord Narayan in the form of a baby boy. I have rarely seen people blessing someone to deliver a healthy baby girl.

In India, many urban population are trying to become nuclear with just one or two kids. However, if the first child is a girl, a pressure builds up in the family to deliver a second child hoping for a male child. Today, there are many couples who cannot conceive a child due to certain medical conditions or they simply do not have want to have a biological child. However, what is surprising is that they still show favouritism for a male child when adopting a child legally. Well, lucky are those parents who are blessed with a child. It is really a matter of disgrace if we focus on the gender of the child before birth, the focus should be to deliver a healthy baby as the gender does not matter at all.

In this modern era where Indian societies are matching up with the most advanced societies of the world, gender discrimination should be the last thing on our minds. Women are reaching the pinnacle of their success and walking hand in hand with men in most fields, be it the hard-working farmers or the sky-high astronauts. The point to highlight is whether gender equality can ever be justified when both men and women have similar roles to play as a mother or father, wife or husband, son or daughter, brother or sister etc; these roles are consistent throughout the world. Do you think man can surpass woman or vice versa?  Well, there is never a race between them as both need to co-exist; the discrimination is created by a superficial mankind which needs to be buried forever. 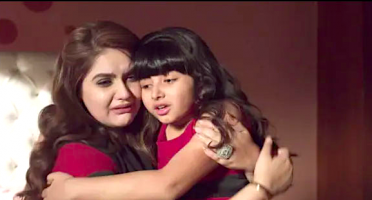 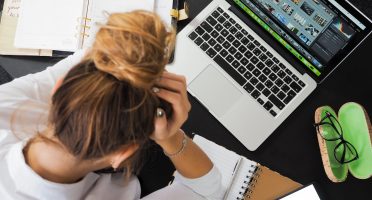 The Dilemmas Of Indian Working Women