Sex Workers Are Not Criminals. Thank You Renuka Shahane For Reiterating This!

Recently, Actor-Director Renuka Shahane spoke up for sex workers in response to a common cliché about them being “dishonourable criminals”.

Recently, Actor-Director Renuka Shahane spoke up for sex workers in response to a common cliché about them being “dishonourable criminals”.

Singer Suchitra Krishnamoorthy was in the news recently, when she asserted in a tweet that: “Amma always said “Money is not everything. Even criminals and whores have money. What matters is not money but character and integrity.”

Amma always said ” Money is not everything.Even criminals and whores have money. What matters is not money but character and integrity”

I truly truly understand her words only today.

Actor-Director Renuka Shahane countered it with a tweet saying that: “Whores sell what is theirs. Criminals take what is others. Whores are often pushed into their profession due to human trafficking….”

Whores sell what is theirs. Criminals take what is others. Whores are often pushed into their profession due to human trafficking at ages as young as 7. Does any child have the right to say “no” at that age? Whores are pushed into prostitution by people they trust explicitly 2/4 https://t.co/qQkwPSGztZ

This whole episode once again has brought to focus the implications of sex work by women and how a society that is okay with buying sexual services (usually by men) condemns and looks down upon the women who sell it.

Prostitution or sex work is popularly believed to be the oldest human profession and yet remains riddled in shame, taboo and now an increasingly violent and commercial human trafficking underworld.

Studies indicate that there are over 800,000 sex workers in India. However unofficial figures place these numbers far higher. What is tragic is that often, because of the nature of their profession where their bodies are their workplaces so to say, they are objectified and dehumanised to the extent of not receiving even their basic human rights.

Their uncertain status in Indian law often makes people perceive sex workers as criminals whereas they are victims of a vicious system in most cases. Common clichés like “a sex worker cannot be raped” make them more vulnerable to not just insults but also sexual violence that often goes unaddressed.

Equating sex work with crime and ‘dishonour’ robs the women involved in it and their dependent children of many rights including health care and legal recourse.

The language of social morality calling it “shameful work” and “bad money” denies it the dignity it deserves as any other work. Sadly in India, most girls and women in prostitution come from underprivileged communities and that further robs them of any agency in their bodies and sexuality.

Ending the shame and ignominy around sex work and recognising sex workers as equal citizens earning a living is definitely the need of the hour, as is the case in several advanced countries and societies. 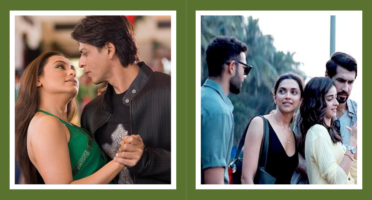