2019 is the year in which our beloved writing contest, Muse of the Month gets bigger and better (find out how here) and also takes the cue from the words of women who inspire with their poetry. The writing cue for March 2019 is these lines from Indian-British poet Nikita Gill, who has inspired millions of young people with her words, from her poem poem, Lessons From The Cosmos #2
It would take one million of him
to make even a single you.

The third winner of our March 2019 Muse of the Month contest is Priya Ramchandran.

Falguni sighed. “Be careful of the chest-of-drawers,” she had warned the servant the very first day she had come to work. “It’s not very stable, I’m scared it will fall apart.”

The silly girl had somehow managed to do exactly that.

Where to begin? There was stuff all over the floor, and just the two of them to clean up. A pair of cooling glasses with one lens missing. Beads, rusted bobbins, lace fragments, shards of broken mirror.

“Can I throw them out?” Asha asked in Hindi.

“No!” Falguni was emphatic in her response. “Look in the bathroom shelf, there’s a pair of rubber gloves. Go get them.”

“I want this back the way it was.” Falguni instructed the girl. “Give me one glove, you wear the other.”

“But bibi…” The girl took a quick glance at the clock as she struggled with the glove.

“Mine’s the last house you have to do today, right? It’ll take time but I’ll help too. I know exactly where everything was.”

“You need this chashma?” Asha held up the Raybans aviators. One leg was badly mangled. The lens had fallen out.

“Yes, I need it. Put it in the bottom most shelf. My husband was wearing it on the day he died.”

It had taken pedestrians a while to locate Falguni’s number and call her. Eyewitnesses said Nachiket had been trying to get his scooter on the pavement to overtake an autowallah. He’d slipped and hit his head on the edge. As always he hadn’t been wearing a helmet on the day of his accident. Always impatient, always in a rush. Death from internal bleeding, his autopsy said.

“What is this?” Asha’s voice brought her back to reality. The girl was holding up a bobbin.

“You use it with a sewing machine. It’s called a bobbin.”

“Bibiji, I want to learn to stitch. You told me you’ll teach.”

“I will, I haven’t forgotten.” Falguni smiled. The girl reminded Falguni of herself – skilled, handy. Hopeful. She was probably in her early twenties, the same age Falguni had been when she got married.

“For now, keep the bobbin in the top shelf. Look inside. Is there a blue poplin?”

“You mean this?” Asha dug in and held up an unfinished shirt. It had one sleeve attached and frayed edges where the other armhole was still waiting patiently. There was a brown coffee stain, the fabric crisp with dust and old coffee from years of not being aired.

Falguni nodded. “It was the first men’s shirt I tried to make. Wasn’t too successful as you can tell.” Her mind went back to that day when Nachiket had doused his coffee on her as she sat at her sewing machine, stitching this sample shirt.

“You’re branching into men’s shirts and pants now? You’re going to take measurements, touch men in all sorts of places? Be touched by them?” he’d thundered. “I will not allow this nonsense. Not my house, not my wife. I let you start a tailoring business, now you want to sit on my head?”

She’d sobbed as she had gathered the stained shirt, the bobbins, the threads, stuffed them in the chest. In her rush to learn men’s fashions, she had indeed not considered the logistics of how she would deal with male customers. But the solution came as she cleaned up the mess Nachiket created. It took months to execute her plan but she eventually rented a shop and hired a master tailor. A man who could measure male customers and not raise eyebrows.

It all happened with Nachiket’s blessing. Obviously. He was the kind of man who liked to think all the good ideas in their marriage had been his, but it had been her best decision. Her tailoring business took off because now entire families could come to Falguni’s for affordable fashion.

Asha’s voice cut into her reverie. “We better throw this out, na?” Asha held up a broken mirror. “It’s dangerous.”

“Careful,” said Falguni. “Wrap it in a newspaper. Put it in the bottom drawer.”

This broken mirror piece sponsored by a drunken beating at the hands of Nachiket Verma, her inner voice kicked in with its commentary. She’d been out with her friends that evening. “Vada paav and chai at my place, five o’clock,” Sumitra had said. “You never come. Come today or I’ll won’t talk to you ever.”

Falguni had checked with Nachiket before leaving, got his permission – made him and the kids naashta before she stepped out. But when she got home that night, he was sitting in the bedroom, looking her up and down as she changed into her nightie.

“What time is it?” He asked with a sneer.

“What time is it?” Louder this time.

“You know what time it is. Why’re you asking me?” She retorted.

“It’s time to teach you some manners and responsibility,” he stuttered, getting up off the bed. He slapped her around, cut up her hand with his bourbon glass. She did the best she could to defend herself. The mirror had fallen off the wall when she backed into it. It shattered with a sickening crunch.

“It was my mother’s,” he shouted again and again, as he covered her in a blanket, and pummeled her. Their children begged for him to stop, but he kept at it. “The one thing in this house that reminded me of her. Have you no respect for things? How could you do this?”

I too am my parents’ proudest jewel, she’d thought. How can YOU do this to me?

The next day, she took the broken mirror and inspected it. The frame was beautiful, a polished rosewood. The top of the mirror was mostly gone, but she could still salvage the rest of it. She got to work with paints and paper. By evening she had a deer and mountains and flowers and a shady tree to go with a glassy mirror lake.

Even Nachiket had begrudgingly said “Theek hai,” when she unveiled it to him.

“You know that deer painting in the bedroom? The one you like so much?” she told Asha presently. “It used to be a mirror. This piece used to be part of it.”

“Wah bibiji, you are ekdum lajawab. Who would think a broken mirror could be turned into a painting? Only you. So creative. So unique. That’s why people come to your shop.” Asha was effusive in her praise.

“Enough maskha for one day.” Falguni grinned at Asha. “While I will never say no to your flattery, it’s not going to clean the floor. Come, let’s take a chai break and come back to this. Get me some adrak from the fridge.”

As they sat in the tiny kitchen table, Falguni said, “Everything you see on the floor has a story behind it. A story, memories, opportunities. That’s why I don’t want to throw anything away. They’re the map of how my life shaped itself.”

Asha smiled. “Map,” she repeated the word in English, trying it on for size. “Bibiji, one day I want to learn English and speak on the phone like you.”

“You will. You’ll do other things, way bigger than what you imagine. You’ll create your own map one day.”

“My own business too?”

“Maybe. Meanwhile we have my beautiful, broken map on the floor. Let’s clean up before the kids come back from school and hurt themselves.”

Asha got up and put their cups in the sink. Falguni knew the girl only saw her outward successes – an affable middle-aged mother and businesswoman, owner of three Falguni Fashion Outlets, people clamoring she open more branches. All these were facts, and yet none painted the complete picture.

There were many secrets, half-truths and tears the world had no idea of. There’d been a million barbs and cruelties from Nachiket to overcome before she tasted her first success, before she became the poised woman she was now. She’d suffered a thousand cuts each day to make it happen.

What Falguni left out was perhaps best unsaid, no point talking about it. Instead, what she could give her own children and Asha were tools to build their own unique maps. 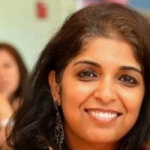 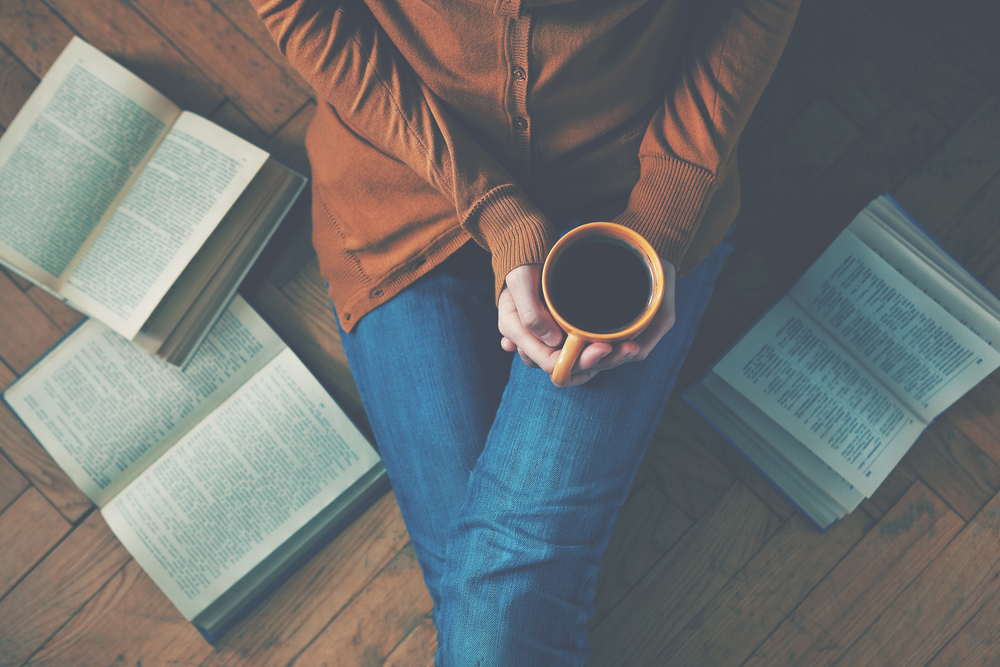 You Read to Know You're Not Alone [Short Story]