Losing My Dad To The Dreadful Cancer

A heart-rending post about a daughter's agony who lost her father to Cancer.

A heart-rending post about a daughter’s agony who lost her father to Cancer.

My father was a strong, caring, compassionate, loving and a big-hearted person. He was also stubborn but in a jolly way – positively stubborn. His sudden demise was an unexpected and calamitous situation for us.

He had recently been transferred to Delhi. He was in Delhi with my Mother – Mumma. In Delhi, he had settled down to the normal everyday stuff – looking for a house for us and for a college for both of us siblings – my younger brother and me. This was when he came to know about his cancer. Barely in his middle age, this news of cancer, was like a bolt from the blue.

My brother and I were staying alone in Bhubaneswar while he and Mumma were away in Delhi. We always had a comfortable life. We had not known any struggle in life. However, something else lay in destiny for us. Our path changed from leading a flourishing lifestyle to facing a deadly demoralizing path of cancer. Initially, he was operated upon. This was followed by multiple sessions of radiation and thereafter the dreaded chemotherapy. However, in spite of the physical pain he remained firm. He never let his pain show through the veneer of calmness. Watching him, battle cancer with such tenacity and strength was truly inspiring for us. He was our Super dad.

He had single-handedly accepted the challenge that god had given him. Being a fighter, he did not give up on this predicament. He resorted to all possible means of treatment. Poring over quaint books of homeopathy, he scribbled down his symptoms, matching with the ones in the tomes. He talked to surgeons of various leanings and listened carefully to their opinion. Various people gave vastly different opinions some good and sincere and some even satirical. Nevertheless, he took all it in his stride and hoping for the best while being prepared for the worst. Despite all this and more, he would often hum to himself the popular Bollywood song of his youth, “Jeena Yahan Marna Yahan Iske Sivay Jana Kahan…”

Gradually the intensive treatment took its toll on him, as well as on us. His life had changed considerably. The cancer had spread so much that an artificial path was made surgically from his bowels to outside, so that his body waste could come out. This was a “colostomy”. He used plastic bags to collect waste from the colostomy orifice. However, despite these inconveniences he remained dignified. Clad in spotless white kurta pajamas, he lived life like a KING. And my Mumma was his QUEEN.

He had put his complete faith in GOD to heal him of this disease. His spirituality gave him the peace to be able to enjoy life even when facing trials and tribulations that many will never understand. Few people in his position would have been able to withstand the relentless onslaught of pain with cancer on side and radiation and chemotherapy on the other. In addition, the supreme mental agony of leaving one’s near and dear one’s halfway through.

We watched him every night, as for hours he had ‘poison’ pumped into his body during his chemotherapy sessions. After each session his body was left hollow with pain. It was beyond imagination! At last, the doctor prescribed him steroids to tide over the pain. It fell to me, to give him steroids so that he may be able to withstand the unbearable pain. Even the steroid was causing him harm. It had become an interminable loop of pain causing further pain. The cancer itself was causing pain, while the surgery, radiation and chemotherapy administered to counter the cancer played their own part in further aggravating the pain. Then the steroids, given to counter the pain of chemotherapy had its own share of side effects.

I wondered how something given as a treatment for a disease could cause even more pain and suffering. It was a long chain of seemingly interminable pain and suffering. However, my super dad complained to no one and withstood it all because he felt responsible. He was a fighter. He wanted to live for his family and for himself. My mother, Aparna, too battled the disease with him. My dad affectionately used to call her, Panna, a jewel. He would say repeatedly that he was fighting for his family, for his “PANNA” my Mumma and for us, as we were very young.

Then, he went to the Tata Memorial Hospital in Mumbai, for check-up that unfortunately, became his last. Once when he was walking beside the sea facing roadside path, holding my Mumma, he said, “Dear! You are fortunate you can see our grandchildren, I cannot! You can see their marriages, I cannot! What misfortune it is!”

He had an irresistible zest for life. Every single hope would drag him towards life. “You know dear, the astrologer told me that I will live for 75 years” he would remark to my Mumma with a cherry smile. Poojas, priests and temples these were his hope. Dreams for a bright tomorrow he always wanted for us.

I never thought for a minute that his end was near that afternoon on 9th Oct. Life ceases…

The colostomy path, which was made by doctor for removal of wastes, started bleeding profusely. No one knew that he was with us for only a few more hours. Mumma was busy in cleaning his bleeding and clothes, while I was busy with his medicines and saline. Suddenly, his eyes went up for few seconds. It seemed he became unconscious. Then, he was normal and he looked tired. We rushed him to hospital. He was not able to walk properly. His doctor was not there that day. He asked for an AC room and we all, unaware of God’s decision, made him feel comfortable. He asked me for an omelette, though he had left eating non-vegetarian food,  a few months back.

I went home, to make an omelette for him. I fed my pet dog the same dosa that I had left untouched in the evening. Hurriedly, I did the things and set my journey back to hospital. Alas! I found his bed surrounded by nurses and doctors. He was dying. Tears rolled down my face. I was blank, pleading the doctors. I called my friends over phone from the reception for help. However, no one came. It was dark. Our life lead towards an unknown path.
After a few minutes, my brother was there with two bottles of blood and he found that our super dad was no more. I think, that for the first time in his life he cried aloud. I can remember his face even now. We could not wrap our head around his demise. My mother was also crying.

All my brain needed was the tiniest bit of acceptance to believe that it was not true. We probably cried holding my father’s dead body the whole night, waiting for relatives to come, informing everyone.

Seeing life after him, holding my child, not being able to accomplish the millions of things I still want to accomplish.

Because of cancer, I lost my SUPERDAD.

This is my journey; this is the path God chose for me. Pain, scars, hospitals, tears, cancer- All were part of my journey.

Life is an exam, where the syllabus is unknown and question papers are not set.

A good friend of mine then stepped into my life. She was dripping with goodness.

You beat cancer by how you live, so live and fight Cancer valiantly. Live life like a King. Live every moment of life.

You never know what life has in store for you.  So, ‘Live, Love, Laugh’ till life ceases. 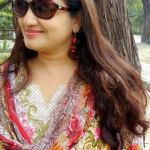 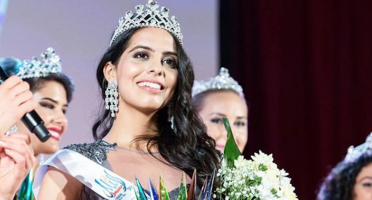 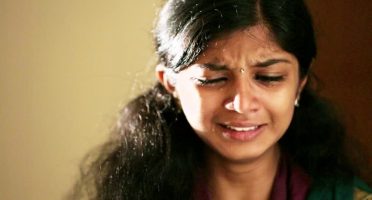 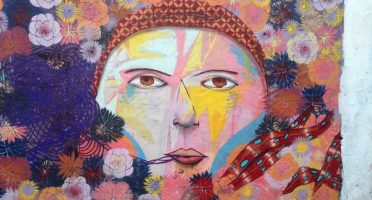