Astrological predictions about marriage are taken extremely seriously in India, even if they ruin relationships and change people’s lives in drastic ways. Here’s taking a look at 5 real-life stories!

How many of us thought that Kanan (played by Suraj Sharam) in Phillauri, forced to marry a tree because he was a ‘Manglik’, was funny? Well, most of us did and had a great laugh out of it. But what if this is a reality that impacts people’s lives in fundamental ways? Doesn’t that sound like it would be a traumatising experience?

We are all aware of how obsessed India is with the problem of being a Manglik or the mismatch of horoscopes during the groom/bride search for a person. And the answer to these problems always lies with the astrologer. Astrological predictions about marriage have been known to destroy lives and are often given with explanations that are unfathomable to most of us.

Well, love marriage is almost ALWAYS a taboo in India. This one was just legitimised by the astrologer. Rishi, a business owner friend, told me that his and his then-girlfriend Kiara’s families were already against the marriage and the cherry on top of the cake was when the astrologer told them that since the horoscopes didn’t match, there were chances of Rishi dying.

Well, no one wants to lose their child or their own lives so the wedding never took place. A relationship of 5 years was broken and both of them ended up marrying different people.

At her birth, Shikha’s parents took her to the astrologer to see what lay in her glorious future. It came as a shock to her parents, when they were told by the astrologer that their daughter would never get married as “Uske Kundli mai dosh hai” (Her horoscope has a flaw).

Her parents were extremely tensed about the issue by the time Shikha was of ‘marriageable age’. By that time she had fallen in love with someone who was willing to marry her as well. Since her parents were afraid of the astrologer’s predictions they let Shikha marry the man of her dreams. It’s been 3 years since her wedding and today, Shikha is a homemaker, leading a happily married life. The predictions made by the astrologer worked out in her favour as otherwise, she believes that she would have had a tough time convincing her parents to le her go in for a love marriage.

Married to a tree because of ‘dosh’ in the Kundli

It was an arranged marriage setup. Since there was a sudden ‘dosh’ in the Kundli the astrologer advised the family that Ravi should be first married to a tree so that all the evils would be averted. It was an embarrassing experience for him to be married to a tree so that he could later marry Sakshi. The event became a spectacle as everyone was invited to witness the death of evil from his life.

This one is tragic. Seema’s parents were die-hard believers of astrology. They would never take any important decisions for the family or household without taking the advice of the astrologer. They sought the astrologer’s advice when Seema asked her parents if she could marry the boy she loved.

The astrologer said that it was a horrible match and recommended another guy. Her parents forced her to marry the other guy due to the astrologer’s predictions. Today, everyone regrets the decision. Seema is a homemaker now, and has had an extremely unhappy marriage from which she is unable to escape. She is the one who is dealing with the consequences of a decision made by the astrologer.

Aarohi, who is still studying, was dating a guy a few years ago. Both the families were not keen on solemnising the relationship. Aarohi’s family decided to visit the astrologer to seek his advice on the issue. The astrologer, to everyone’s surprise, said that she would be the one walking out of the relationship. This left everyone stumped. Her parents were a little relieved as they thought that she would eventually come around and marry someone of their choice. Well, that did not happen as she never left the guy. Aarohi is all set to be married to the guy she loves and could not be more happy about the union.

These are just some of the experiences of people who have encountered astrologers because of their families. There are many more people out there who believe in such astrological predictions about marriage and follow them, no questions asked. The question we need to ask ourselves is: Do we have to believe in what these people say or should we just follow our hearts?

Names of the people interviewed have been changed on request, to maintain their privacy

Top image is a promo image for the movie Phillauri 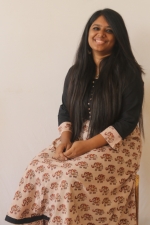 Babies, House-help, and Age: 25 Hilarious Reasons To Get Married!

Marriage Or Live In? 5 Reasons Why One Of These Is Preferred By Today’s Youth

Will We Indian Women Ever Be Able To Shrug Off Marriage As A ‘Necessity’?

A Homophobic Indian Society That Expects A Gay Man To Marry A Woman Destroys Both Lives!