We Should Never be Scared of Failures

When starting any work the fear that comes at first is whether we will be successful or will we fail. Some times this fear affects us in such a way that we leave off making efforts and that hampers our development.

It is necessary to overcome the fear of failures.

Efforts and mistakes are those weapons which are necessary to solve the problems. Some people are scared of making efforts because they are scared of making mistakes, which are an important feedback on the way of achieving success. Through mistakes only a person comes to know how effectively he can plan his strategy to achieve success. Making mistakes doesn’t means that we have failed in the exam of life – rather, we are moving one step forward on the way to achieve success.

There are some reasons that needs to understood, which make people scared of making mistakes.

1) Usually people defines failures in a negative way, because they have always seen people who face failures are not acceptable to society. Rejection is perceived as a barrier to grab opportunity instead of a way to improve and move ahead. Fear of failures leads to nervousness and the insecurity of losing.

2) Attitude towards failures – Fear of failures comes in the mind of a person since an early age. For instance – since childhood starting from school days students are taught the importance of a grade, and the students who secure less then average grades start ranking themselves as inferior. This is the main reason which takes root in the mind of a student and by the time s/he grow up and becomes adult, the attitude towards Failure become negative.

4) Success and Failures are two faces of the same coin – but in the current scenario of competition a person is measured on the basis of only his success, which hampers the confidence of a person.

5) Why we face failures – usually it is believed that inexperience or lack of skills leads to failures. Besides this many times our mind is not satisfied – it expects a lot, and when one expectation is fulfilled, another starts. Most people are influenced by the idea of becoming perfectionists. Most of the times, the brain start thinking negatively which leads to a fear of Failure.

6) Burden of expectations – Expectations makes a person capable of measuring himself. These are the Elements on the basis of which a person judges himself. When a comparison is there between what we want and what we have got, then the importance of achievements in life starts decreasing and the pain of not getting success as per the expectations start increasing.  Successful celebrities whom we know of, have faced many failures to achieve success. Most of the time we believe that we are perfect in such a way that we think we will never face failures.

7) See the other side of Failures – The meaning of not making efforts means that we have a doubt about ourselves. To be free of this fear we have to take some steps.

a) First try to understand your Aim. Before starting the work –

Try to find out the resources available, the skills needed and the necessary information required. Don’t think about results; it will not let you to concentrate on your aim.

b) Once your aim is clear, prepare a basic plan and start following it

Try to update yourself until you feel that you are capable enough. Instead of thinking negatively, start moving towards success.

c) Try to think about your previous successes, how did you got them? Prepare a strategy by not being judgemental about yourself.

d) Believe in yourself. If you fail, see it as an opportunity. Think about those projects or tasks in which after making efforts you achieved success. Start reading stories of the people who never gave up and achieved success in their lives. 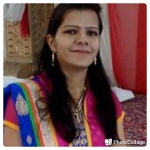 Let Us Resolve To Embrace Our Failures In The New Year

Maybe It’s Good That Men Are Now Scared, And Careful How They Approach Women