When A Frantic, Frightening Night Journey Vanished Like A Dream On Beholding The Scene In Front Of me

It was a scary night of fog, darkness, and hairpin bends, and we were praying all night. But the early morning vision of Manali banished all that! 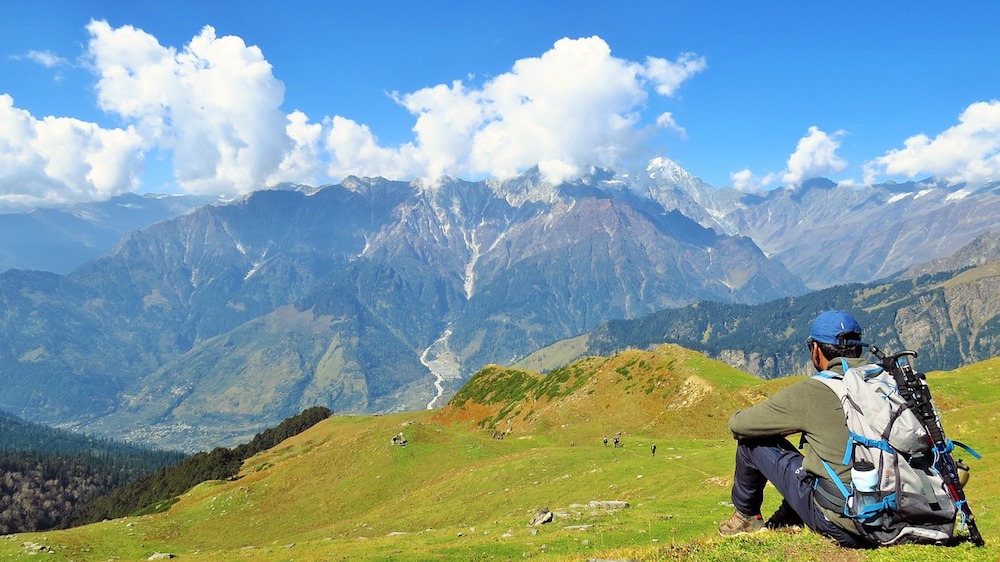 It was a scary night of fog, darkness, and hairpin bends, and we were praying all night. But the early morning vision of Manali banished all that!

Vacation breaks for a couple of times in a year is a routine for my husband and me. This time it was Manali.

We departed from Hyderabad, reached Delhi around 11pm. After taking a short nap, we rushed to catch the Delhi-Kullu flight early in the morning at 6.30 am.

Kullu airport operates only for four months in a year because of its climatic conditions. The airport is located on the banks of the river Beas, and has a single runway deep inside a valley. The height of the mountain peaks at several thousand meters challenges pilots for flight landings and take-offs.

Boarding passes were issued, security checks were over, and along with 28 other passengers we were waiting to board the flight.

Foggy weather changed the fate of our day. After announcements of repeated delays, the flight was finally cancelled. Chaos filled the situation. Grabbing the last two tickets of a flight to Chandigarh, we decided to travel further by road to Manali. The day’s evening was planned to be spent in Manali, but it was already 4pm when we landed at Chandigarh.

With the expectation of reaching our hotel around midnight, and having along the tourist traffic all along the ghat road climbing up to Manali, we booked a taxi. Well planned roads, lush green farm lands and fresh faces of people in Chandigarh promised a sigh of relief in a day that had been till then full of disappointments. After sipping on some hot tea in a dhabha, we headed towards Manali.

Slow moving traffic with heavy vehicles like trucks in both upward and downward directions really shocked us. After Ghanauli, we realised that the vehicles were headed to Shimla, and the road to Manali was nearly empty. It was now after dusk, and after crossing this midpoint, there were barely any vehicles climbing up alongside us.

Frustrated, scared and with all our hopes pinned only on the taxi driver, we were travelling on a risky road full of stretches and hairpin bends. I was saying my prayers, and my heart was beating hard in fear. All we could hear was a gushing sound of water, and it intensified with every hour passing by. I couldn’t bear to look out of the car’s window.

Slowly, but thankfully, around 3 am, we reached our hotel. I was feeling grateful to the taxi driver, and we thanked him for getting us there safely. It was completely dark, and I couldn’t sense anything about Manali. I was grumbling to my husband about having chosen Manali for our holiday; I had lost my enthusiasm. My mind was trembling with negative thoughts, and in that mood, I finally fell asleep. What a frantic day!

The next morning my husband woke me up in an excited voice.”Hey! Wake up! Come on, You must see this!” He was looking out through a window, sliding the curtains open. As I opened my eyes, the moment perfectly synced with large window curtains revealing a breathtaking, picturesque view of mountains.

Time stopped ticking for a moment! Lush green mountains overlapping each other, snow capped peaks hiding behind the clouds, sunshine glazed silver line of waterfall, the crisp first rays of the sun piercing the clouds, misty weather, an early morning temple bell, and the gushing sound of water from Beas river… I couldn’t believe what I was seeing..It was like a dream…

I was mesmerised. It was not a usual sight and feeling for me. My perception towards creation, the creator, and its secrets totally changed. Grabbing a cup of coffee I indulged in the view. I realized, that for such a moment of life, I could have spent many frantic nights like the one day before. Life’s worth taking risks, and it can end up in beautiful experience. Also the taxi driver taught me that humanity still exists.

I have fallen in love with Nature and Creation. Truly, Manali is a holy paradise. The much needed excitement bounced back, and I got ready to explore the roads of Manali. A Gastronomic Delight: Some Yum Malaysian Food That I Ate On My Visit There