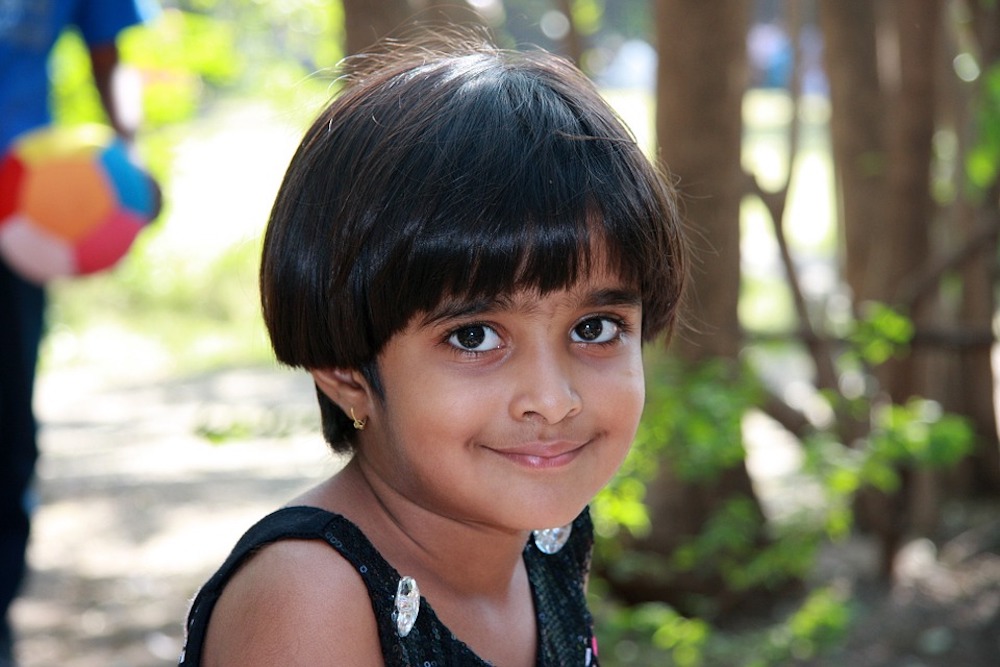 The girls happily swirled in their pretty dresses, admiring themselves and remarking at what others wore. So typical, something normally expected of little girls, right?

It was an emotionally draining day for Sharanya as she looked back on the events that happened since morning. As it is, family celebrations though a lot of fun, were taxing, but in her case there was always the added baggage of somehow convincing her 12 year daughter to dress up in the conventional South-Indian outfit, which was near impossible. Sharanya was apprehensive about it since morning, and as the time drew closer for all to get ready for the function, she could feel the knot in her stomach tightening.

She had lived through this scene many times, and she knew how things would go down from there on. From the minute her daughter Ria would appear from the adjoining dressing room, all eyes in the living room would widen with quizzical expressions, foreheads knit in displeasure, and a barrage of tsk…tsk would spread around the room. There would be a series of parallel conversations going around with people commenting on the choice of simple dress and the lack of jewellery on Ria.

Sharanya could sense herself getting ready to answer the volley of questions that would be aimed at her soon. As she glanced around she saw the usual hustle and bustle typical of a wedding household; children running around squealing, men rushing by busily, and women chattering animatedly. She saw her sisters-in-law busy adjusting their daughters’ beautiful silk dresses, adorning their hair with flowers, and adding more jewellery on to the already decked up girls. The girls happily swirled in their pretty dresses, admiring themselves and remarking at what others wore. So typical, something normally expected of little girls, right?

But that was not the case with Ria. Sharanya had somehow cajoled Ria into wearing a simple but beautiful cotton dress and tiny earrings. Only she knew what a struggle it was to get Ria to wear even that small earring. So wearing a delicate gold necklace was just out of question.

As expected the minute Ria arrived on the scene the murmuring started and it slowly grew into loud statements pointing out the inappropriateness of the dress for the occasion, and asking her to change into something rather grand and acceptable. Ria though diffident was adamant about not changing her dress or wearing jewellery.

Ria’s aunt Lalitha came forward and took it upon herself to convince Ria to change her mind. She started advising her ,and Ria’s eyes searched for her mother. Sharanya knew that look on her daughter’s face so very well. All this while she had been mentally rehearsing how to answer all their questions, because no one knew her daughter as well as she knew. No one could understand how strongly she felt about this and how uncomfortable this whole rigmarole made her.

Sharanya stood there silently contemplating when suddenly knew she what she had to do. She needed to put an end to this now and forever.

Lalitha started with her usual jibes about how the other girls looked so pretty in their silk garments and jewellery and how she looked pitiable in this drab dress. When Ria didn’t budge, she tried being authoritative and ordered her to go and change. One look at Ria and Sharanya knew it was time she intervened.

As soon as Lalitha saw Sharanya, she exclaimed, “What is this Sharanya? Look what Ria is wearing for the wedding. How could you let her wear this? Didn’t you teach her how to dress for occasions? As a mother you should have taught her all this. This is what happens when you let your daughter to do whatever she wishes. She needs to be taught to follow certain norms whether she likes it or not.” She paused, looked at her daughters proudly and said, “Look at my daughters; they do as I say without a word. And here is your darling not willing to listen to anyone.”

Sharanya could feel her cheeks burn red hot, but she managed to keep her cool. All of a sudden she was transported to a time when she was a little girl who hated to dress up and felt just as helpless as Ria. She couldn’t do anything about it at that time except feel like an outcast or the weird one. But she could do a lot now to make sure her daughter didn’t have to face the humiliation and didn’t suffer the same way she did some twenty years back. She knew what she had to do.

She could see people around her nodding and acknowledging Lalitha’s statement, and could feel all eyes on her watching intently. And in that moment she said, “Ria doesn’t like wearing jewellery and she hates wearing glittery silk garments which poke her skin and make her feel uncomfortable. More than looks she is concerned about her comfort and that’s the reason she chooses to wear soft, comfortable cotton clothing. Though I understand what you mean by wearing grand clothes for occasions, I don’t want to push Ria into wearing something she absolutely dislikes. I know Ria might not fit into your acceptable mould but I would like to let her decide for herself. She might be the odd one out, but that’s okay. I want her grow up to be able to stand up and stand out, if that’s what it takes to stay authentic and real to oneself. We are all unique and let’s celebrate that instead of forever trying to fit everyone into a pre-set mould. Everyone is made different and unique, so let them be that.”

With that she set the record straight for everyone present there and pulled Ria out from feeling like a misfit to feeling just right and comfortable in her own skin, just the way she was.

Just the way it should be. Why be normal when you can stand out? Don’t be same; Be different!