“Their TIME IS UP!”: Oprah Winfrey’s Powerful Speech At The Golden Globes Gave Me Goosebumps

If you still haven't heard Oprah Winfrey's speech at the Golden Globes Award function yet, then hurry up and watch! If you have, hell, watch it again! 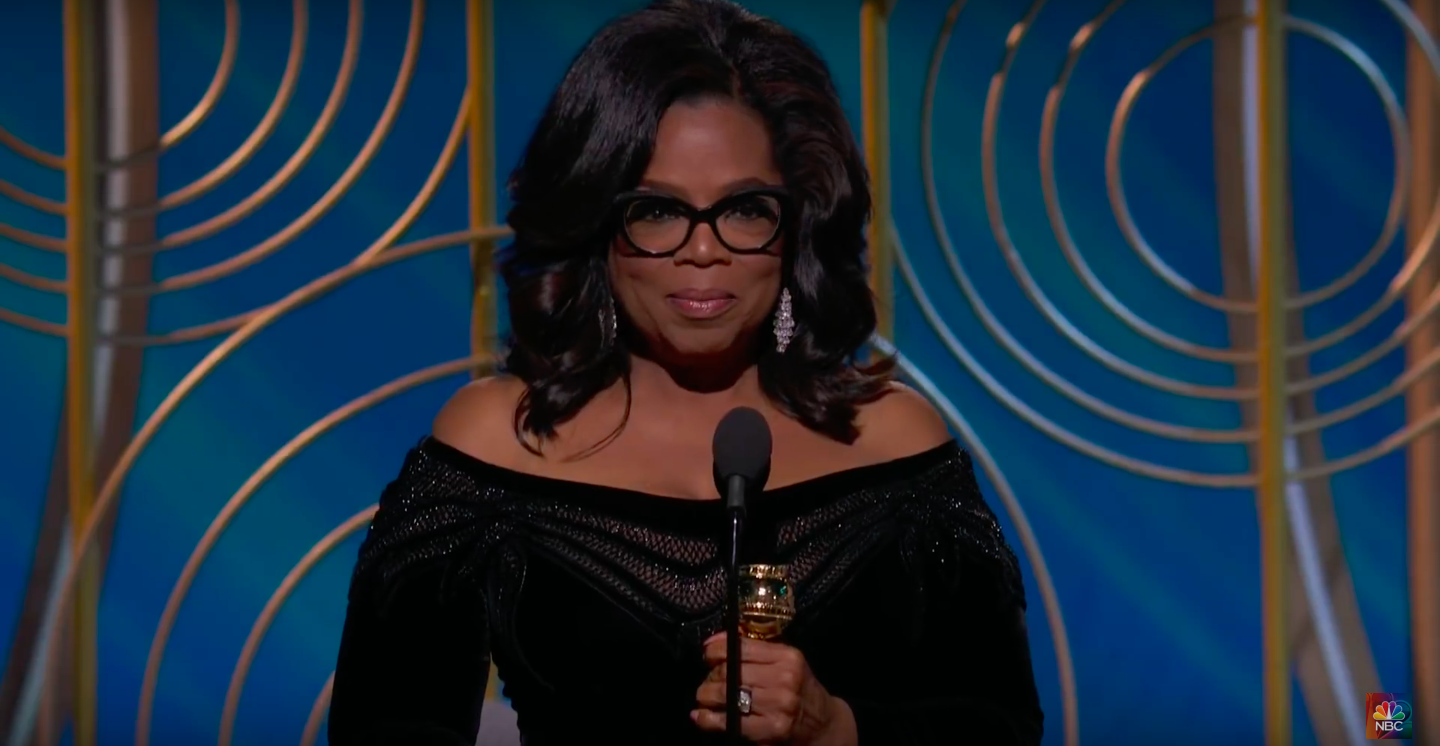 If you still haven’t heard Oprah Winfrey’s speech at the Golden Globes Award function yet, then hurry up and watch! If you have, hell, watch it again!

The Golden Globe Awards aired early morning today, and all that I’ve seen after waking up today is the amazing, AMAZING speech that this gorgeous woman gave after accepting her award.

Because a speech this powerful deserves a standing "O". #GoldenGlobes pic.twitter.com/gLdcqutbSt

I didn’t have a chance to watch the whole speech until later today, and now that I finally did, I am so, so awed and full of respect for Oprah Winfrey that it cannot be contained in words. I’m sure I’m not the only one who got goosebumps, listening to her say, “Their Time Is UP!”, sending a powerful message to every man who has used his power and privilege to abuse women. I actually clapped for this lady sitting alone on my bed with my laptop in front of me. If this kind of a power doesn’t move every inch of your being to do better, bring about a change, and just be a better person in life, I don’t know what will.

Apart from the beautiful message that she delivered, one thing struck me out of her speech and that was: It is the first time that a black woman was awarded at the Golden Globes. That just makes me sit back and realise how real all these problems are, like men probably realised how real women’s issues were last year.

Another part of her speech, even though a small one, was including men in this discourse of shunning sexual predators. More often than not, it is assumed that women’s issues are their concerns only, which is absolutely false. She praised those men who listened, at all possible levels, and realised their position of privilege to step back and assess the issue unbiased of any judgement.

My friend just asked me, being a bit cynical, “Even though this speech is amazing and we have lived it, but how will it actually affect real women? What about the majority?” I can’t help but worry about these concerns too, however, I think a bit of realistic optimism (not sure if that’s an oxymoron) will help us set off this wave that Oprah articulated with her words.

I’m not American but nothing but respect for MY president, Oprah!