Journalist Priyanka Borpujari was arrested by the Mumbai Police for 'inciting violence' among a crowd, but journalists are actually stopped from covering news unpleasant to the authorities. 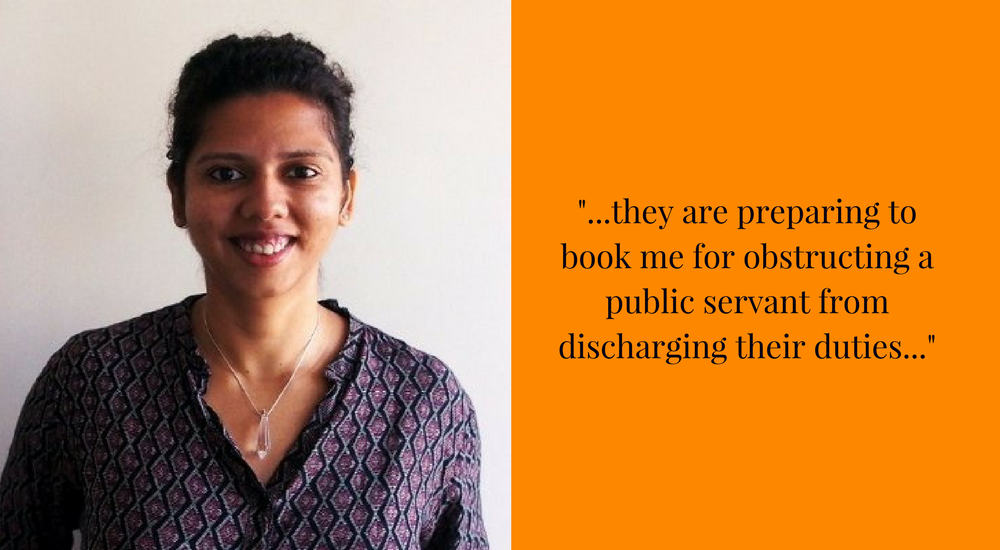 Journalist Priyanka Borpujari was arrested by the Mumbai Police for ‘inciting violence’ among a crowd, but journalists are actually stopped from covering news unpleasant to the authorities.

Mumbai-based independent journalist Priyanka Borpujari was arrested by the Mumbai Police on the 26th of December while she was at a slum demolition site covering police action against protestors including women and children. Not only was she taken away without any grounds for action against her, her equipment and phone was confiscated as well.

“Her equipment and phone have been confiscated by the police. We believe this confiscation is to avoid any release of the evidence she has against the authorities. Through our sources we learnt Priyanka said she had shot a video of police beating women and children. ” – said this statement released by the Coalition of Women in Journalism.

The arrest was condemned by journalists around the country, being an action that goes directly against the freedom of media in the country, besides being shocking at an individual level.

In addition to being taken into police custody, she was also manhandled by the police, which is deeply disturbing and we condemn this way of treating a journalist.

“Instead of me pressing a charge of assault on the police, they are preparing to book me for obstructing a public servant from discharging their duties,” Borpujari told The Wire over the phone that she had managed to access from an intern at The Hindu who was present at the police station. She further said that several residents of the slums had also been detained along with her. “I am not able to speak to them. The police are not allowing me to speak to anyone,” she said. – The Wire

While Priyanka was released following intervention by multiple people from the journalistic fraternity, not all journalists are as lucky when confronted by the wrath of the police. The recent times have emerged as becoming more and more regressive in our society’s attitude towards the press. Priyanka Borpujari is one among many journalists who have been arrested or had cases slapped against them on flimsy grounds. If this doesn’t seem like a good time to come to our senses and actually see what is going on the country, I don’t know when it will be.

We extend our support to Priyanka Borpujari and the whole community of journalists who helped her get out of this mess that is clearly deliberate.