This is the story of Dipa Karmakar, who struggled against many odds to come up on top as the Olympic medal winner in the Rio Olympics in 2016 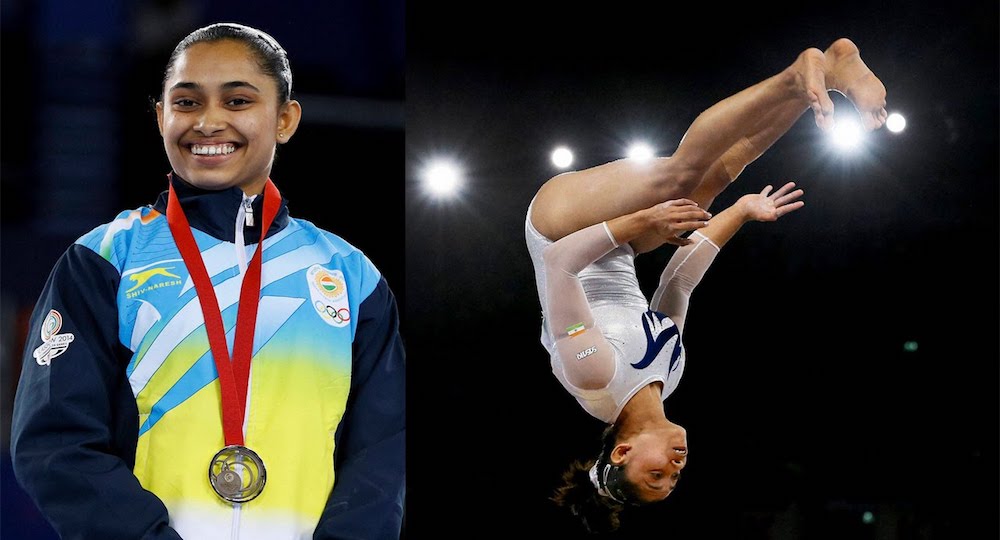 This is the story of Dipa Karmakar, who struggled against many odds to come up on top as the Olympic medal winner in the Rio Olympics in 2016.

“Don’t be afraid if things seem difficult in the beginning. That’s only the initial impression. The important thing is not to retreat; you have to master yourself.” — Olga Korbut, USSR, Four times Olympic gold medalist and twice silver medallist, (1972, 1976).

Agartala is the capital of Tripura, located in North East India, and there grew up a little girl named Dipa Karmakar who was the first Indian woman gymnast to participate in the 2016 Rio Summer Olympics. She was also the first woman gymnast to represent India in fifty two years.

She wasn’t much known before this, given her upbringing in a remote city not much in the news in India, but she is now remembered all over the world for performing the life threatening stunt Produnova Vault which till date has been performed by only five women worldwide. It is one of the deadliest stunts which if performed wrongly can leave you disabled for your entire life or can even kill you. The vault has been named after the Russian gymnast Yelena Sergeyevna Produnova who was the first to do this dare devil stunt.

Born on 9th August 1993 to a middle class family of a weight lifter sportsman father Dulal Karmakar and housewife mother Gouri Karmakar, Dipa was only six years old when she started her coaching under mentors Gouri Nandi and Bisweshwar Nandi. The little Dipa was initially reluctant to go for gymnastics but she did give in to the demands of her father.

The first obstacle she faced when she hit the gymnastics floor was the fact she had flat feet. That was considered a disastrous thing for a gymnast. It was only her foolish courage and tremendous dedication that in the years to come she developed an arch in her tender yet strong feet. Sports ran in her blood, since her father was a sportsperson himself.

To achieve success and follow your passion, one needs practice, and Dipa Karmakar was no exception. It was a kind gesture of her school headmistress Shobhona Dutta who allowed her to attend only four classes and then continue with her practice. There was no big coach or a good platform for her to practice this sport. She had only her coach and her own self to do all the hard work. All need a coach/mentor but it is only that passion which can help one achieve the dreams s/he wishes.

The skinny little girl was a pillion rider on her father’s vespa when she came for her coaching classes in Byamnagar.

She never had a vaulting table to practice; all she had was a stack of gym mattresses with the corners tied with rope so that they didn’t quiver, and Dipa could land on them during her stunts. Speaking in terms of medical grounds, landing on gym mattresses can leave you with a broken spine or any other fatal physical injury and you will forever live a crippled life. That didn’t deter Dipa from her practice; she only focused on her lessons.

Reports the Weekend Leader: “The gymnasium was apportioned into two: one division for weight lifting and the other for gymnastics, with the capacity to accommodate around 18 girls. At that time, all of them practised on apparatus discarded from the NSRCC, run by the State government. Under the guidance of her first gymnastics coach Soma Nandi, Dipa put in for two-and-a-half years of rigorous training. It was here that the talented girl learnt and practised the demanding Produnova vault – named after Yelena Sergeyevna Produnova, a Russian gymnast – with a bunch of gym mattress.”

Under the mentorship of Bisweshwar Nandi she proceeded for further training at the Netaji Subhash Regional Coaching Centre (NSRCC), Agartala, and was outright rejected by the SAI (Sports Authority of India) doctor, who ruthlessly blocked her further training because of her flat feet. The little girl did not have arched feet. All she had was dedication and will power.

Although this rejection was a blow to her and her coach, Mr Nandi took her to the National Institute of Sports (NIS) in Patiala for some special exercises that could develop the arch in Dipa’s feet.

According to her coach Mr Nandi in the Weekend Leader: “She listens to every instruction,” coach Bishweshwar says. “Dipa has no friends. Not even a boyfriend. Her boyfriend is the gymnastic apparatus! […] She always had an eagerness to learn,” shares Nandi. “I helped her develop her sharpness. After a few years of vigorous exercise, her honesty, discipline and determination brought laurels in the arena.” They did not come without complete devotion and determination”

The major breakthrough in Dipa’s life happened when she bespoke her dexterity in the Northeastern Games Competition in 2002, by bagging a gold medal on the balancing beam. She was still a little child of eight years competing with seniors of all age brackets. There was no looking back. The small town girl had won 77 medals including 67 golds since 2007 and looked at Ashish Kumar as her idol.

Dipa Karmakar undergoes rigorous training every day, she improves each day. She doesn’t stop learning. Her regime starts at 9AM till 12.30PM and then again from 5PM till 8.30PM.

An Arjuna receipient award in 2015, this courageous little small town girl attained the 4th position in the Women’s Vault Gymnastics event of the Rio Olympics 2016 by performing the swashbuckler stunt Pradunova Vault and landed with a score of 15.066.

There was one more thing as well; people mocked her by saying her gymnastics were nothing but simple circus tricks to entertain the masses. She wept, she was hurt but what she did was to NEVER GIVE UP.

So here is the success story of the Padma Shri recipient, Dipa Karmakar.

But this essay is not focused only on the success of Dipa. Just because of this skinny little girl Tripura, the much neglected North Eastern state got noticed. Today the world sees her happy face but behind that happy face were also several untold stories of overcoming physical disability, the rejections, the obstacles, the taunts, her mental strength and her eternal mantra – NEVER GIVE UP.

In conclusion I say to each new soul, to all young aspirants: you need not focus only on education. Yes, education is a necessity but follow your true calling. You will face challenges, but have faith in yourself, since God gives the toughest challenges to those whom HE knows can be a fighter and that is YOU. Beat yourself blind to perfection and do not stop learning and also the eternal truth NEVER GIVE UP.