Do you find yourself saying '...but #NotAllMen...' when a woman is talking about her uncomfortable experiences? This letter is for you. 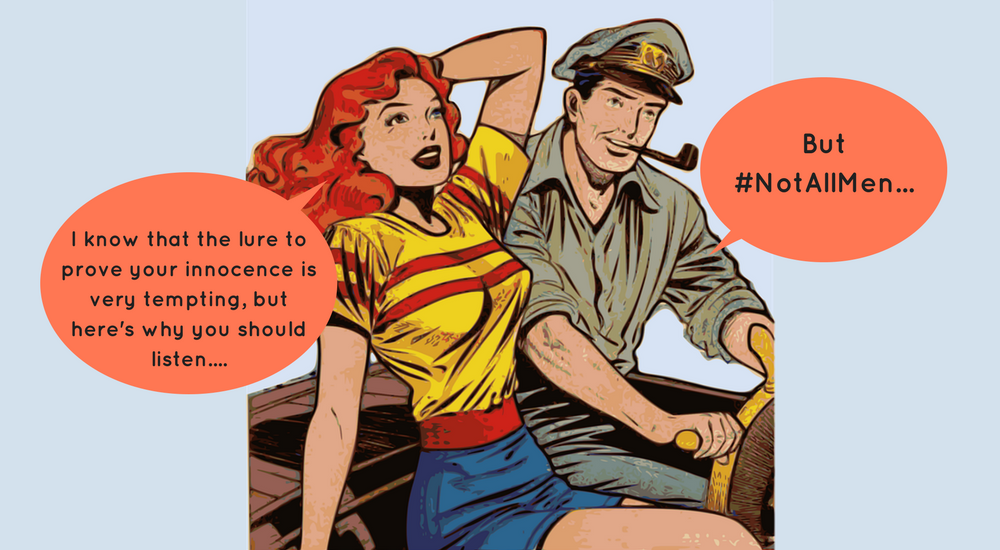 Do you find yourself saying ‘…but #NotAllMen…’ when a woman is talking about her uncomfortable experiences? This letter is for you.

The emergence of the hashtag ‘#NotAllMen’ is a sad thing to have happened after all the progress feminism has made over the years. I think I should define feminism here again, for the people in the back. Feminism is just the radical notion that males and females should have equal opportunities in all spheres of life. It is not a group of women bashing some men, or burning bras. No.

We are a group of people who believe that a woman deserves basic respect because she is a human and not an object which does things for you. And for all those who say that women have all of that already, who say that they are not feminists because they believe in equality…please refer to the definition of feminism that I stated above, or just google it, if you want to double-check. You can see how much ‘equality’ you believe in when you are apprehensive of being called a feminist just because it has “femin-” in it. Just because it sounds like something related to women, you are already trying to dodge it. Since we’re talking about words, when was the last time you problematised the word ‘mankind’ if you’re such a champion of equality? Is that a silence that I hear?

Coming to the point, now that I have hopefully made clear what I’m referring to when I use feminism here…I know that all the men in this world are not sexual predators, rapists, and perpetrators of violence, let’s clear that too. I know that the lure to prove your innocence in these matters is very tempting to you, but here’s why you should listen to that woman instead of trying to shut her up and denying her a chance to voice her experience.

Do you not see a problem in the fact that when a woman who was, say molested, is narrating her incident and you start telling her that not all men molest women instead of listening to her and helping her get through the situation? What if I told you that not all dogs are bad if you get bitten by one are wary of them? Does that sound illogical? So is your argument. With this one phrase, you deny the credibility of that woman’s experience and the very existence of any such happenings on a whole.

I know that you didn’t do it, but if you continue to contribute to the complacency of hiding behind a phrase then you are somewhere contributing to the problem. You know that you are better than this, and you should be because for a society to function, men and women both need to carry the weight equally. If one of them is being so grossly undermined, how do you think the world will be a better place in the coming future?