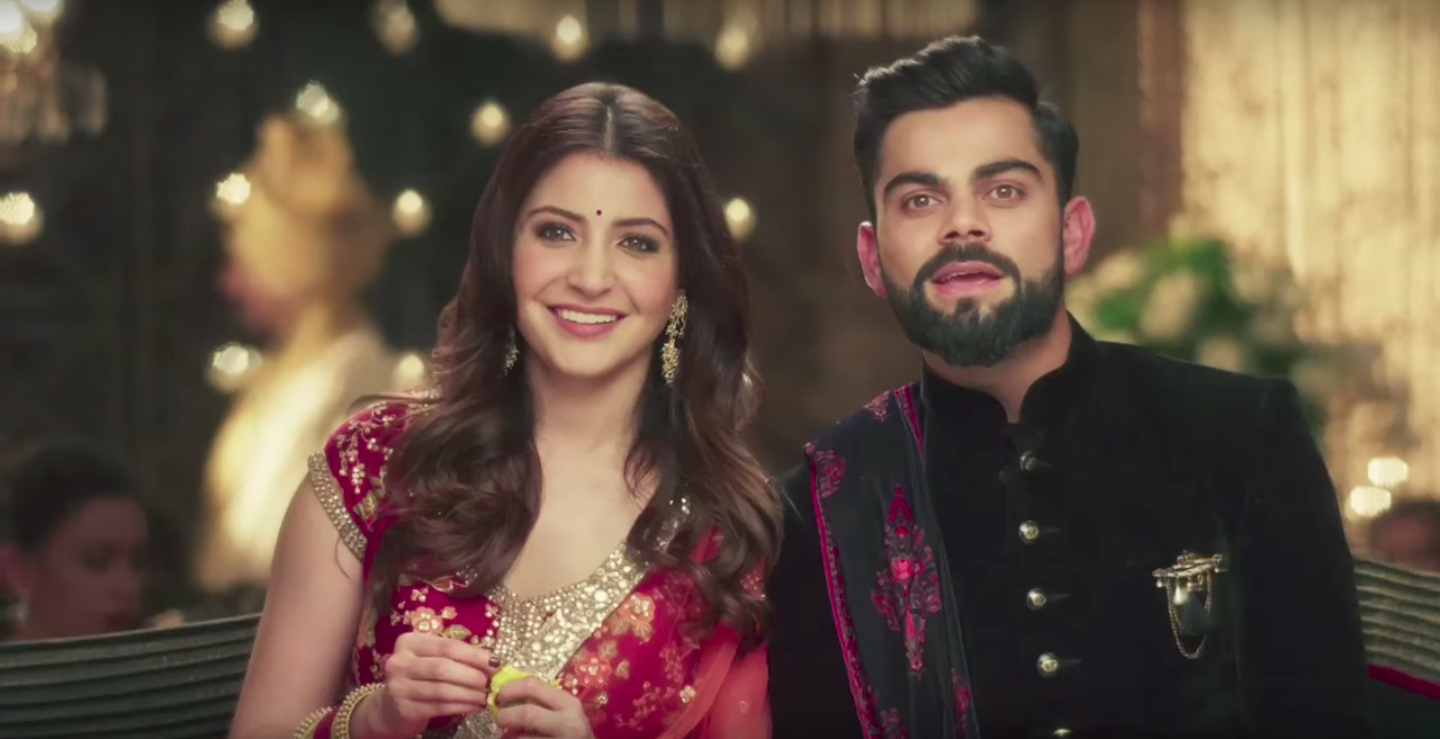 The new Manyavar ad ‘Naye Vaade’ starring Virat Kohli and Anushka Sharma might just be trending for all the right reasons! Here’s why.

Marriage as an institution has evolved quite a lot to fit the times but in terms of the wedding traditions, we haven’t really come a very long way. One of those rituals are the vows that the bride and groom take on the big day. For most of us, these vows are the famous saat vachan that are signified by the saat phere, but not many of us know what those mantras actually mean. So naturally, instead of making big, inflated promises which none of you understand, the idea of making your own little promises to your significant other seems just right.

In this commercial, Virat Kohli and Anushka Sharma do exactly that. And the added bonus is, the vows are as ‘woke’ as possible because nobody is dictating them for you. Especially not the patriarchy. This is the reason why this commercial is appealing to millennials, who are struggling between the notions of being modern individuals and keeping in touch with their culture.

These ‘equal’ promises should be on the way of becoming the new tradition, and we should be happy about it. Mostly because it gives the traditional aspect of marriage a personal touch of the two people. And duh, it is also breaking through the cemented gender roles of the husband and wife, and making marriage a more wholesome institution which lightens the heavy duty stuff that usually accompanies a marriage.

Apart from all of that, the couple who watch their finales together, stay together. Realistic vows, right there.Also, promising each other to take care, instead of being together for the next saat janam is infinitely more romantic. What else would you need?

Let us know what you think of these Naye Vaade, below!

The Virushka Wedding Stole All My Time, But I’m Not Complaining!

Why Does Every Ram, Shyam & Hari Love To Troll Anushka Sharma?