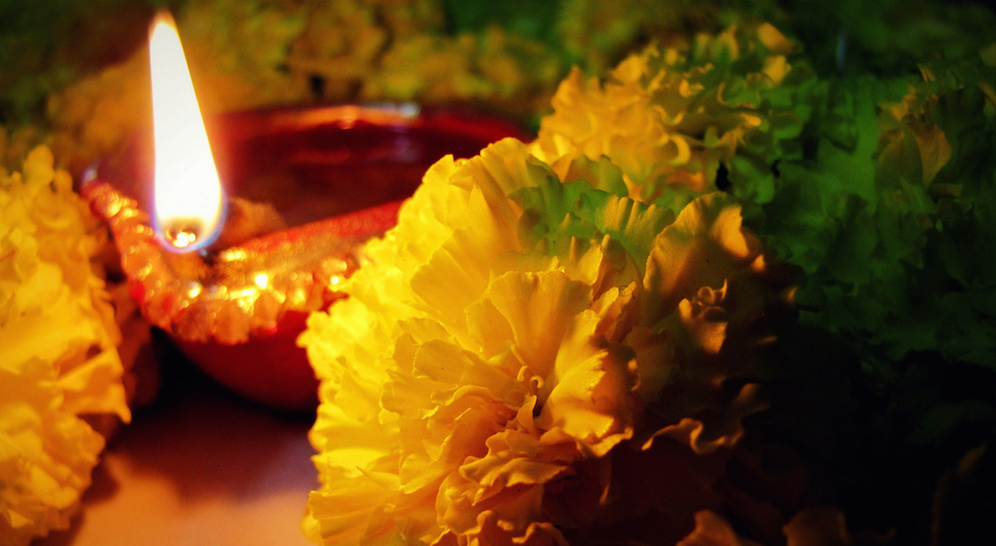 Memories Of A Tamil Deepawali That Has Changed, Yet Fills The Heart With Joy

Deepawali is just around the corner and there is a festive atmosphere around. I am reminded of how my parents would wake us up in the early hours on Naraka Chaturdashi day for the customary oil bath. We would be woken up at around 4 am in the cold winter morning of October/November. Appa would have switched on the radio and would have

Appa would have switched on the radio and tuned into Short Wave band for some South Indian music. The early morning celebrations would start on an auspicious note with Nadaswaram music.

Getting up in the wee hours of the morning was a big task. We are three siblings and we had a rule. As per the rule –“whoever gets up first will take bath first.” The idea was that way, the other two could catch up with some extra sleep. But the question was – who would wake up first? The solution was that whoever’s name is called out first while waking us up would have to take oil bath first and then one of us would grumble to Amma – “Why did you have to call only my name first?”

On the previous night Appa would have applied a little haldi and kumkum to the corners of the new dresses which would have been piled up on a tray. All the new clothes, Diwali sweets,  savouries, crackers, homemade special herbal  medicine, a big vessel smeared with a little rangoli pattern, and gingelly (sesame) oil would be placed in front of God.

After waking us up, Amma would make us sit on a low-level wooden seat and anoint our hair with warm gingelly oil. We would then go out and light a cracker/sparkler. The one whose name was called first would go for the oil bath while the other two would try to catch a few more winks of sleep.

Post bath, Appa would give us our new clothes and Amma would give us the special homemade herbal medicine in the form of a ball. I hated it although my sister used to find it tasty. Amma would ask me to eat it fast as it helps in the digestion of all the sweets and savouries that we would be consuming for the next few days. I would find it very difficult to push it down my throat. We would wear the new clothes and seek the blessings of the elders.

Gorging on the different sweets and savouries would be fun. Phone calls to greet relatives and friends would be with “Ganga snanam accha?” (referring to the ritual oil bath, meant to symbolise bathing in the water of the Ganges). The evening would be spent in lighting diyas, greeting friends and exchanging sweets. Since my growing up years were in northern and western India, we would save the bursting of crackers for the next day when the whole neighbourhood would be bursting crackers.

Even today, the enthusiasm to celebrate is the same and I do eagerly look forward to this festival of lights but some things have changed for me, I realize. Waking up at 4 am has shifted to a little later by 2 hours, gingelly oil has been replaced by branded coconut oil for namesake, and the shikakai has been replaced with shampoo.

When it comes to sweets and snacks – it’s the shortcut as I prepare just one sweet and one savoury item as I find the deep frying chores in the kitchen immensely boring. The rest are purchased from the shop. Diwali herbal medicine too is purchased (symbolically bought if available) and the packet remains unopened for days to come, and is finally discarded one fine day. Crackers too are brought on a minimum scale now keeping in mind ‘green Diwali‘.

Piling up new dresses on a tray with haldi and kumkum smeared in a corner and placing the sweets, savouries, Diwali herbal medicine and crackers along with the new set of clothes is something I look forward to. It is also time to bond with neighbours and friends by exchanging sweets.

What has also got added is looking forward to making a colourful rangoli apart from the traditional rangoli with rice flour and decorating the home with lots of marigold flowers and lamps, diyas and serial bulbs.

With my generation some things have changed, and with the next generation some more things will change. We do try to hold on to some rituals, customs and traditions as per our convenience and the love, laughter and bonding continues to keep everyone together.

May the beauty of Deepawali season fill your home with happiness!

A Series Of Fortunate Events [#ShortStory]