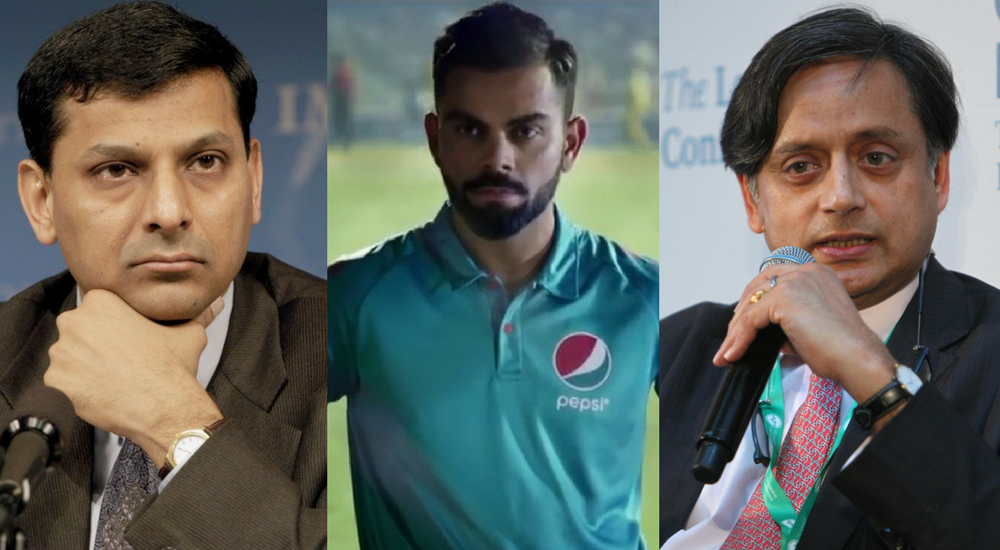 If Media Introduced These Famous Men The Way Powerful Women Often Are? LOL

How often are women in power introduced to us as people who are supposed to focus more on their ‘homely’ and ‘feminine’ side. Now if we applied this to famous men…

Pick up an interview introducing an influential man from any sector, and then look at the same thing for a woman. What is the difference you see in their introductions? Does it annoy you? Yes? No? Well, it should. There have been so many instances where we see a woman of power being introduced, and the very first things that are written about her are her sartorial choices, her hairstyle, her family and then you come to the actual reason she is featured.

This is the exact opposite in a man’s case. The idea of presenting a woman’s aesthetic, familial and essentially ‘feminine’ side first is a way to impress the fact that those are the very things that a woman should and is supposed to prioritize. Career and profession is just an added bonus, which she happens to excel in.

Think of an interview where a man’s clothes are described first, then his hair and then how many kids he has. AND then finally you see what this man actually is famous for. Isn’t that exasperating? But wait, you haven’t see one such, have you?

And let’s not even get started on the way women are sometimes introduced as wives, daughters and sisters of influential men when they too are equally influential. It’s ridiculous that a woman’s identity is assumed to be a patchwork of the contributions of the men in her life, or the designer clothes she wears/doesn’t wear.

Let’s see how it would look like had the same formula of introduction been followed, with some influential men as examples!

“Seen sporting a clean shaven look, with hair cropped close to the scalp, carrying a classic tan colored watch with a dark grey suit, Raghuram Rajan, the 54-year-old ex-governor of RBI, arrived at the conference for discussing his views on demonetization.”

“64-year-old A S Kiran Kumar, born in Karnataka was seen enjoying the fruits of his labour in a charcoal grey suit and a shining face recently. Not much is known about his personal life although he is indeed the current chairman of ISRO, ”

“Anushka Sharma’s 28 year old beau and the crush of so many women around the world, Virat Kohli was seen sporting the blue team jersey and holding the cup to his latest win. Did I mention that his cricket skills are unrelated to Anushka Sharma’a activites?”

“Looking better than ever, even at 61 years of age and a father of two, Shashi Tharoor, sported his signature look with a red pocket square and his floppy silvered hair. Tharoor, MP and author, might just be the only good thing about the Congress in today’s time.”

“Still apparently, single at the age of 65, little is know about the personal life of Justice Leela Seth’s son, Vikram Seth, except her acceptance of her son’s sexuality. Seth has won multiple awards for his literary works and was seen with a carefree air on arrival at the press conference.”

Do you now see what I mean? Apart from laughing at all of this, we should also keep a habit of calling out these sexist trends that journalists often seen to follow while writing about women.

*Please note, all the headlines are fake and there to prove a point. Just for a laugh and a realisation.

Here’s Why The Belief ‘Women Are Women’s Worst Enemies!’ Is A Result Of Patriarchy