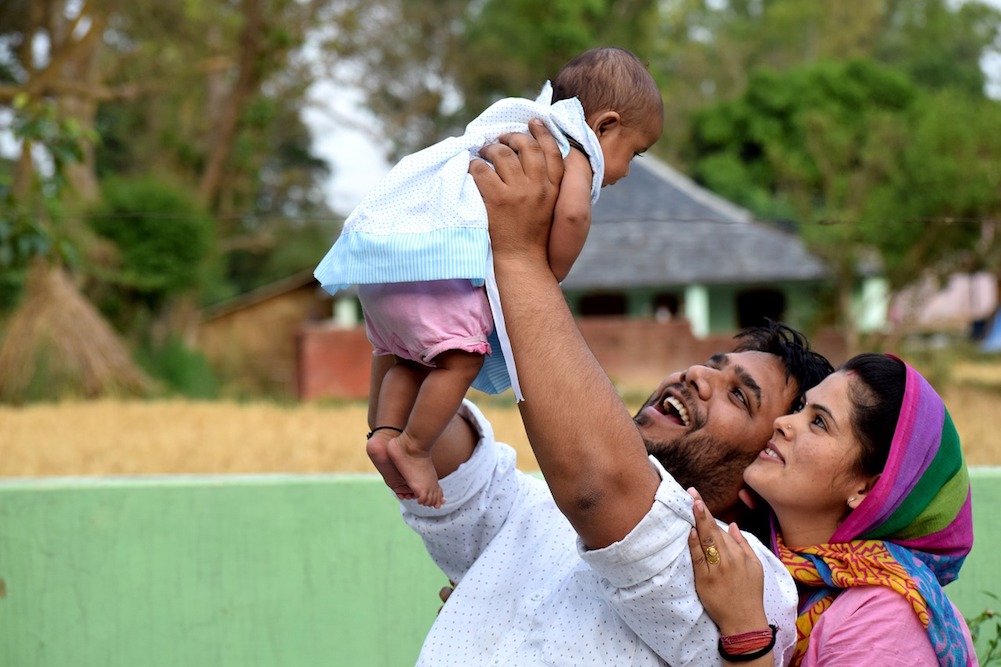 3 Simple Stories That Taught Me Some Great Parenting Lessons

Stories can have great teachings. Here are 3 stories – one about a friend, and two WhatsApp shares, that have taught me some great parenting lessons.

For a mother, her child is above all her misery even death cannot dampen her.

This story is based on a true incident which happened with one of my acquaintance, Deepa (name changed). Deepa had a blissful life – loving parents, caring siblings and a good government job. At the workplace, she fell in love with her colleague Abhay (name changed) who belonged to a different caste. When she told her parents about him, they were against her choice. But after much persuasion, both the set of parents agreed for the wedding.

Within few of months of marriage, Deepa conceived. All in the family were ecstatic. She had a doting husband and soon they were going to be parents. Life seemed so perfect; she expected nothing more from life. After celebrating their first anniversary, Deepa went to her parents’ home for her delivery. Abhay promised to join her at the time of delivery.

One day, the labour pains started and Deepa had to be rushed to the hospital. She was trying to reach Abhay. She needed him on their special day to welcome their child. But, his phone was unreachable. Before going to labour room, she asked her brother to keep calling Abhay. Deepa gave birth to a beautiful daughter. She was very happy. Still she yearned for Abhay; she wanted to embrace him; she wanted to relish this moment with him.

After sometime her father received a call from Abhay’s parents. He could not believe what he just heard. Abhay met with a road accident before few hours. He was rushed to hospital by his friends. But he died before reaching the hospital around the same time when his daughter was born. Her parents did not know how to tell the truth to Deepa who was continuously enquiring about Abhay. Her doctor suggested that they wait for 1-2 days. They told Deepa that Abhay had got caught up in some family matter and he would come soon.

After 2 days, finally, her parents told the truth to Deepa. She had sensed something amiss when Abhay neither came nor called. But she did not want to believe that destiny could be so cruel to her. They took her to Abhay’s house where his body was waiting for final farewell from his wife and daughter; the daughter who he could never see.

Deepa was completely shattered. She had no desire to live. She had no strength to hold or feed her daughter. Her parents tried to console her. They explained her that “Whatever has happened cannot be undone. She must gather herself for her daughter. Abhay is alive within her daughter”. They placed her daughter in her lap. Deepa looked at her innocent face and gathered all her courage to live for her. She thought she cannot punish her daughter like this. Abhay and she waited so eagerly for this moment. What if he is not there to support her, she cannot deceive him.

Since that day, she is living for her daughter. After her maternity leave ended, she joined her work back. The otherwise emotional and frail Deepa who could not have imagined a life without her husband is now a pillar of strength for her family. Her daughter and motherhood gave her the vital strength to live. She is managing her job, her daughter and her family with equal ease now. She has learnt to overlook her own loss and is constantly trying to fill the void made by Abhay’s absence.

Life is what happens to you while you’re busy making other plans and you have to accept it the way it is. Life can become difficult for a wife or for a woman. But not for a mother. For a mother, her children is above all her agony. A mother can never lose her strength in any given situation. Women like Deepa are true symbol of love, selflessness and motherhood. When I think of Deepa, I get immense strength and all my issues of motherhood looks trivial.

Nothing is more precious than your child not even the most expensive thing in the world.

While a man was admiring his brand new expensive car; his 5 year old son picked up a stone and scratched on the side of the car. Furious by his son’s action, the angry man took his child’s hand and hit it many times, not realizing he was using a wrench. When he calmed down, he realized his son was soaked in blood and crying with pain, he rushed him to the hospital. At the hospital, the child lost all his fingers due to multiple fractures.

When the child saw his father, with painful eyes he asked ‘Dad when will my fingers grow back?’ The man was so hurt and speechless. He went back to the car and kicked it many times. Devastated by his own actions, sitting in front of the car he looked at the scratches. His son had written ‘LOVE YOU DAD’.

Moral of the story was ‘Anger and Love have no limit.  Always remember that things are to be used and people are to be loved.’

I came across the above story few years back. I am not sure if it is fictional or real. It was among all those forwarded messages which I keep receiving. However, this particular story left a lasting impression on my subconscious. Whenever I get angry at my daughter, I think of this story and it helps me in controlling my anger and prevents me from taking any extreme action.

When our child breaks or damages any expensive thing, we get furious at them without realizing that poor child doesn’t really know the difference between expensive and inexpensive. For a child, there is no difference between a 10/- toy or a 10,00,000/- car. Instead of yelling or hitting them with anger, we should teach them that each thing, every toy, every relation is precious. We should teach them to take care of their belongings. This will help them to become more responsible individual.

Infuse positive attitude and optimism in your children.

A few day ago, I read this real life story of Bert and John Jacobs, the brothers who cofounded the $100 million Life Is Good T-shirt company.

They grew up as the youngest of six children in a lower middle-class family in Boston. When the brothers were in school, their parents met with a near-death car accident from which their mother managed to escape with just a few broken bones but their father lost the use of his right hand. The stress and frustration from physical therapy caused their father to develop a harsh temper.

The whole family was going through difficult times. However, their mother believed life was good. Hence, every night when the family sat around the dinner table, she would ask her six kids to tell her something good that happened that day. This small act helped to change the atmosphere at their home. They were all performing on the best, funniest, or most bizarre part of their day.

This daily exercise prevented them from developing a victim’s mentality. Their mother used to sing in the kitchen, tell animated stories, and act out children’s books for them, no matter what bad situation they were going through. This taught them an important lesson, “Being happy isn’t dependent on your circumstances. Optimism is a courageous choice you can make every day, especially in the face of adversity.”

According to the Jacobs brothers, the unwavering positive outlook on life of their mother is what inspired Life Is Good — their $100 million company the mission of which is to spread the power of optimism, with the tagline, “Life is not perfect. Life is not easy. Life is good.”

A mother’s outlook can make or break her children. She plays the most influential part in her children’s life. A happy mother raises happy and confident children.

Both the parents play a vital role in developing a child’s personality. If one parent is going through difficult times, it’s the responsibility of other parent to give hope and courage to the family.

As parents, taking care of our children’s wellbeing is our duty. Moreover, its our duty to instil positive attitude in our children, teach them to be happy in every circumstances. Teach them to spread the happiness, spread the optimism because ‘Life is good.’

So, instead of asking your children “How was your day?” ask them “What good has happened today?”

I Want To Move On! [#ShortStory]