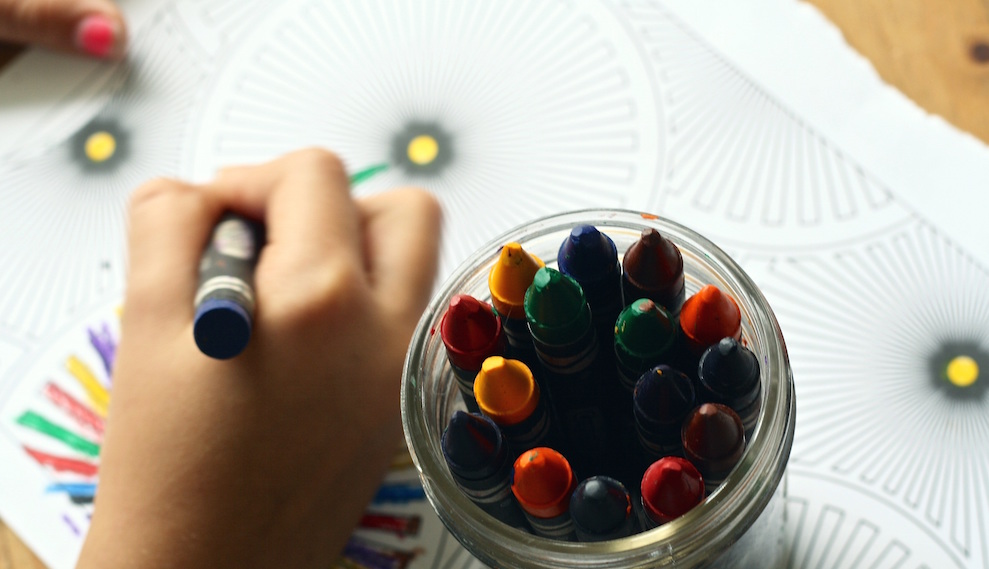 My Father, The Alchemist And A Story For Ms. Sabri And Her Daughter

If we accept that children really want to learn, then we can move beyond using fear to teach. A beautiful lesson from a parent.

Years ago, when I was in the fifth or sixth grade, Dad wanted me to learn some pieces from Shakespeare. I had just moved from a Senior Cambridge school in Calcutta to the Loreto School in Mumbai, affiliated to the Mumbai board.

He was concerned that the levels of literature and language in my current board were simply not as good as the board I had left behind. Being a lover of poetry and literature, he wanted to make sure I learned enough to develop a love for both.

Shakespeare and an eleven-year old?

What was my exposure to Shri Shakespeare before then? I had read Lamb’s Stories from Shakespeare. I had also read some plays and sonnets, inspired by my father’s reading out to us. But the experience was sketchy. And the Mumbai board did not encourage any formal truck with the bard. A few acts from The Merchant of Venice, and Twelfth Night, would form the extent of my introduction to Shakespeare, as far as this board of secondary education was concerned. That, too, would all come later. My father was clear that, for him, this simply wouldn’t do.

My Dad as Machiavelli

Cardinal Richelieu was a famous French statesman that my father admired for his extreme devotion to country and King. And Richelieu, the master strategist was surely a disciple of Niccolo Machiavelli, the fifteenth century Italian Chanakya. I should have known! But then I was only a naive eleven-year-old.

That summer, my father made me an offer I couldn’t refuse. Eight annas for every soliloquy I learnt by heart. I had to recite them flawlessly whenever called upon. The passages were marked out for me in pencil in a prized volume of the complete works of Shakespeare. There were many of them but I had nearly two whole months. Half a whole rupee! That was a fortune in those days. Remember, we never got any pocket money, no discretionary income and had practically no purchasing power. After all, everything we needed was provided for.

Could I dream of saying no? In other words, was I such an ass? Possibly yes, but not so much as to refuse such lucrative employment. And don’t forget, I had had some interaction with Will earlier. So, I jumped. From those sixty days of summer was born an abiding love for Shakespeare that is still going strong.

Recently, I saw the miniseries, Rome, produced by HBO. It was an emotional experience – seeing the beloved story of Caesar, Brutus and Marcus Antonius come alive before my eyes. I teared up when Caesar was stabbed. Was it not the unkindest cut of all? Couldn’t Caesar’s blood but follow his beloved Brutus’ cursed steel? Memories came back of listening to my father recite passages from Julius Caesar.

Should learning need a stick?

My father never ever chased me or reminded me. He simply set me a challenge and I couldn’t resist. I knew he had extremely high standards. Not a single error, not a single hesitation would be permitted. I had to know each passage almost backwards. He could start me off anywhere, not necessarily at the beginning of a monologue. I would have to able to identify quotes. And I worked at it. He may have smiled as he heard me recite those passages in the passing. Maybe he and my mother chuckled as they saw how I worked at learning those passages. It wasn’t just money, it was pride and self-esteem that were put to test.

I learned every single passage set by Papa, and a few more. In fact, many more. Flushed with success and approval, I was soon beseeching him to point out more pieces. Hamlet on sleep and shuffling off this mortal coil. Macbeth on sleep – having murdered his liege lord, sleep was a balm that was now lost to him forever. They were two different perspectives on sleep.

The language was archaic but a puzzle that could easily be unravelled, armed with a dictionary and my Father’s time. I had stopped caring about money. I had transcended pecuniary motives and become committed to the excitement of learning and receiving acknowledgement and praise from my father. That summer, my father had worked some very powerful magic and I never even realised how smoothly it had all been accomplished.

Most children want to learn…

A few days ago, I watched that terrible video of a child being taught by her mother. How very foolish can a parent be. More than cruel, I would rate the mother as totally unimaginative. Most children want to learn. If you can but accept that and take it for a fact, you are likely to fare much better at teaching children. Luckily for me, Dad knew that.

I was fortunate enough to send my children to a Montessori in Calcutta called Harvard House. Quirky name apart, it was run by an American educationist Shirley Nain, and her Indian husband Ajit. It was one of the best things that happened to me as a parent teacher. Shirley was an educator way ahead of her time. Each year she went to the US to attend refresher courses that taught her the latest in teaching methods. She was the one who told me about flash cards and how they were being used to teach six-month-olds to read. I made tons of flash cards for my children. (Today, you can buy them online.) By five years of age, I could leave my children with a book each and gain at least forty minutes of silence. I kept a pile of unread books in my cupboard, all waiting to be traded for a half hour of peace.

What is a parent?

Yes, ‘what’, not who is a parent. Being a parent is perhaps the greatest role of a lifetime that we ordinary mortals play. But as Mom or Dad, it isn’t a unidimensional character that we play. It’s a series of roles, all enmeshed and overlapping, each feeding into the other.

Parents have to be many things. Mothers and fathers, no doubt. But also teachers, playmates, mentors and servants. Above all, parents have to be magicians and alchemists. They have to transform a mind that’s a fresh, white, blank page into a person who’s keen, imaginative, bold and confident. A joyous man or woman who has energy and the will to transform all they touch.

It’s not easy and most of us can barely reach half-way up the parental mountain. But some of us are simply blessed to have had parents whose flashes of genius have been able to transform at least some aspects of our lives that could have deteriorated into dull and uninspiring, into pure joy. Bless all those parents. Bless such teachers. And bless that serendipity that brings about such powerful magic.

Don’t lose heart. Yep, you have been mocked and shamed on social media. You have been trolled and called names. But that’s all part of the game. If you come out of this a better parent, you’ve actually proved yourself smart and your detractors wrong. So take that first step to learning. Be as willing to learn as to teach.

Can’t multiplication tables become a game of beans and a challenge to figure out the tables herself, once your daughter understands the basic principles? Can sanskrit shlokas or Hindi poetry become a memory game? Perhaps the tray game, a standard party game in our time, can be brought back. It’s the one where you flash a tray with an increasing number of items and give a prize to the child that remembers all the items. Play the game with her. Encourage her friends to play this with her and with you as moderator. Give prizes to the child who can recite multiplication tables flawlessly. It’s called positive reinforcement and it works every time. Like a charm.

For, stuck between less-than-capable teachers, uninspiring text books and unimaginative parents, many Indian children seem doomed to develop a life-long aversion for learning. Don’t let Haya become one of them. Please. She seems like such a bright kid and we do know you want the best for your child.

When learning becomes a life-long addiction

Even as grown-up as Class XII, a friend I had a crush on and I would recite chapters from Apsangikar and Dhage, our biology text book. He was a bright chap (sadly, both of us were such nerds) and I, unable to countenance being beaten by him, would mouth off pages by heart. We’d recite them on the way home, Mumbai style, in the local… he would start where I took off and I would have to continue wherever he stopped. Quite cheesy and silly, no doubt, now that I think of it but competition was adrenaline and fuel to learning, and romance!

My brother and I still do this when we meet. Occasionally, no doubt. On a walk together, we recite poetry and passages from our favourite plays and he takes off where I forget and vice versa. Yes, I do forget now. But when I do, I go back and check the passages and verses that I have forgotten.

Because I still remember and feel the joy my father managed to kindle. Deep in my mind’s eye, I still can see the bright gleam in Papa’s eyes as he recited Kalidasa and Kusumagraj. And of course, William Shakespeare.

How Many Of Us Were Treated Equally At School? Should Nepotism In Bollywood Surprise Us?